Housing is Out, But Solar Energy May Be in For Fairgrounds

The Del Mar Fairgrounds was supposed to provide temporary housing for the homeless, but that’s now off the table. Now the plan is to install solar panels and solar batteries.

Housing is Out, But Solar Energy May Be in For Fairgrounds 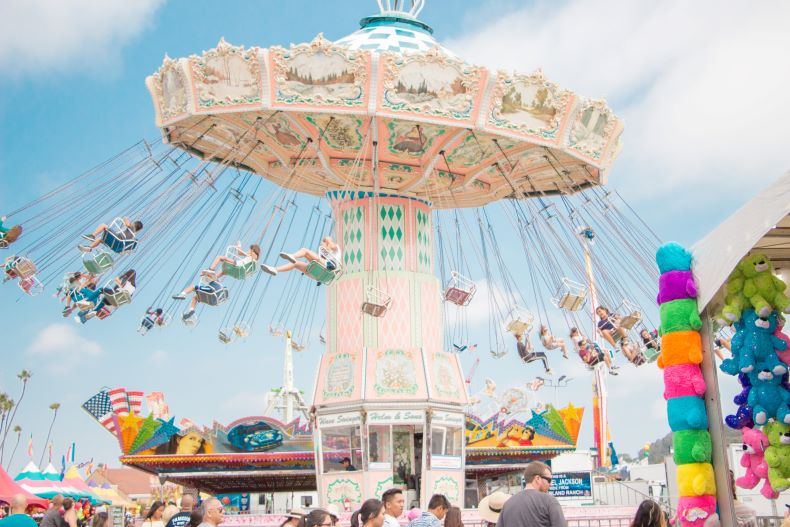 A proposal to provide temporary housing for the homeless at the Del Mar Fairgrounds is off the table, and now officials are focusing on a plan to install solar panels and solar batteries that would generate much-needed revenue for the struggling 22nd District Agricultural Association.

The 22nd DAA board of directors, also known as the fair board, confirmed last week that it has dismissed the proposed housing contract with a small Los Angeles company called Fixx Solutions. The developer planned to install modular buildings to house as many as 1,000 people or more at the fairgrounds or at the district’s horse park property on El Camino Real east of the fairgrounds.

In addition to addressing the region’s homeless issue, the lease with Fixx would have been a new source of revenue for the district that runs the state-owned fairgrounds, which faces huge financial losses from the closure of large events including the San Diego County Fair during the pandemic. However, neighbors of the fairgrounds almost universally opposed the idea of housing the homeless there, and last month Fixx partner Jeffrey Pink said he had withdrawn the offer.

“We are not going to embark on the project,” board President Richard Valdez said at a board meeting Tuesday, Sept. 15.

The board will continue to investigate long-term possibilities including low-income housing for the fairgrounds property, he said. However, the ad hoc committee created to pursue the Fixx proposal has been disbanded.

One of the more likely financial endeavors appears to be the installation of enough solar panels and storage batteries to power the entire fairgrounds and more, officials said.

“The goal is to support year-round activities and meet peak demand during the summer, including the fair and horse racing,” Moore said.

Surplus energy would be sold to local community choice energy groups, she said. San Diego County has several of the groups in the process of formation, including the Clean Energy Alliance recently created by Carlsbad, Del Mar and Solana Beach.

“The positioning of any solar panels or batteries would be determined by the winning bidder,” Moore said. “Those locations are not yet fixed.”

All the solar panels and solar batteries could be moved to different buildings or sites if the property is needed for something else after the solar panel installation.

“I’m really happy to see some concrete progress,” said Director Don Mosier, who’s been working on the project as a member of the board’s Sustainability Committee.

“When this is finished, this will be a substantial source of income for the 22nd DAA,” he said. He estimated the solar deal could provide the fairgrounds with $500,000 a year in lease revenue and an additional $500,000 annually in energy savings.

Director Kathlyn Mead said she liked the idea and thanked Mosier and Moore for taking the lead on it.

“This is what we call distributed generation,” Mead said. “Not only are there significant cost savings and an opportunity to generate revenue, but obviously this is very good for the environment.”

Fairgrounds revenue has plummeted since the pandemic restrictions began earlier this year. In June, officials announced they will be forced to lay off about 60 percent of the district’s 157 full-time employees in October.

Some of those employees, including former CEO and General Manager Tim Fennell and former Communications Manager Annie Pierce, have already retired or found new jobs.