Duke Energy has reached an agreement with solar energy developers, to add hundreds of megawatts of solar power. 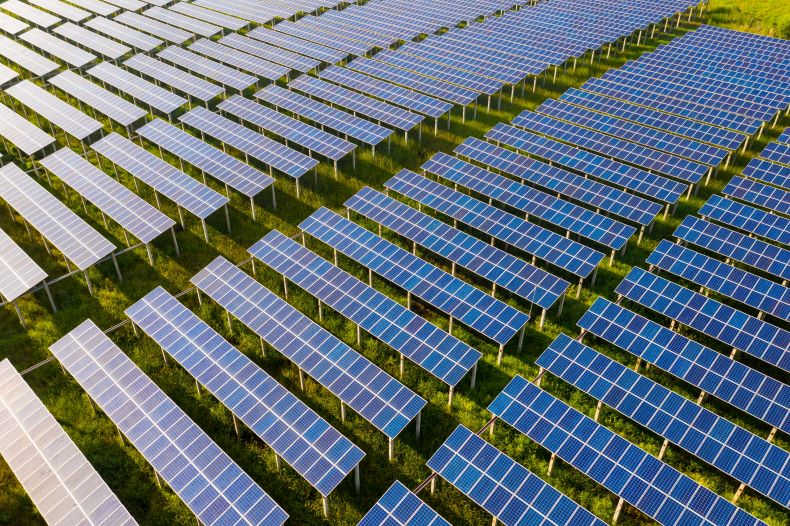 The agreement should resolve issues for more than one hundred disputed projects in the Carolinas, said spokesperson Randy Wheeless, clearing the way for about 600 megawatts of solar power projects to move forward in coming years. The proposed changes will need approval from regulators in both North and South Carolinas as well as the Federal Energy Regulatory Commission.

Duke originally submitted its proposal to update interconnection procedures in the two states in May. In recent years solar has clogged Duke’s queue and the utility was unable to process projects in a timely manner.

North Carolina is among the few states that have seen significant solar development tied to the federal Public Utility Regulatory Policies Act, which incentivizes energy production by requiring utilities to buy from “qualifying facilities” developed by third parties. From 2014 to the end of March 2020, third-party solar installers had added 2.4 gigawatts of new large-scale solar power capacity in Duke territory, with many solar installations around 5 megawatts in size. Utilities often view PURPA as a challenge because they’re required to buy power, while it’s become an essential tool for developers in some states.

“The contentiousness of PURPA has been a sore spot for utilities and developers for a long time,” said Colin Smith, a senior solar analyst at Wood Mackenzie. “They ultimately have to come to some sort of middle ground.”

Duke had nearly 5 gigawatts of solar power capacity in its interconnection queue in 2019, according to a May filing with regulators. The utility believes approximately 1.5 gigawatts of that total is the most likely to move forward, according to spokesperson Randy Wheeless. To get those projects tied to the grid, the utility will submit hundreds of megawatts of projects to a “cluster study” where their potential grid impacts will be studied simultaneously rather than one-by-one, with hopes that will speed up the process.

“It took a lot of hard work, creativity and good faith,” said Steve Levitas, a senior vice president at North Carolina-headquartered Pine Gate Renewables, on a statement about reaching the deal.

Strata Solar CEO Markus Wilhelm said the solar company "look[s] forward to partnering with Duke to transform North Carolina’s electric power supply." Cypress Creek Renewables, the other leading developer in the state according to data from Wood Mackenzie, did not respond to request for comment on the deal, but did sign the agreement filed with regulators. Duke asked commissioners to respond to the request by October 15.

The settlement comes soon after a FERC ruling on PURPA that is expected to give utilities more control over rates paid to qualifying facilities, a decision that is likely to make the law less valuable for developers and perhaps limit its use.

In September, Duke filed its most recent Integrated Resource Plan with regulators. It included six potential pathways to the utility’s pledged goal of net-zero carbon by mid-century, but all of the scenarios include more renewable energy. Solar power additions could range from about 8.7 gigawatts by 2035 up to 16.4 gigawatts by that year if the utility adds no new gas generation.

The recent IRP plus this agreement with developers are “fairly significant” for solar energy in the Carolinas when taken together, said Smith, indicating developers and the utility are open to working together to achieve renewable energy goals.