The solar energy software startup Terabase Energy has raised $6 Million to continue its team and services. The solar company is aiming to lower the cost of utility-scale solar. 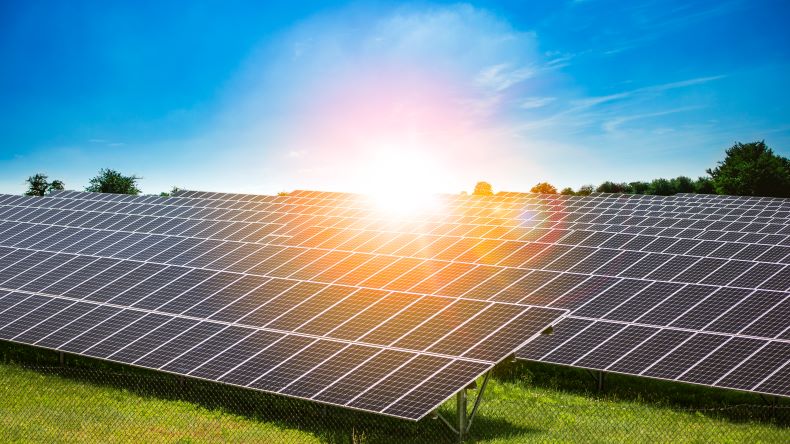 A year after launching, solar energy software startup Terabase Energy has raised $6 million to keep growing its team and services.

The Berkeley-based solar company emerged when SunPower wound down its project development business. Several former SunPower employees built a software tool to manage costs at the kinds of massive solar power plants they used to develop: everything from site selection and layout to shipping logistics for millions of solar panels and the movements of laborers onsite.

The ultimate goal is to find enough incremental cost savings across the board to bring the price of solar panels below one cent per kilowatt-hour in the next five years, said co-founder and CEO Matt Campbell. That would unlock terawatts of solar power, making it cost-effective as baseload power in conjunction with longer duration storage—hence the solar company name.

“Everything has progressed the way we thought it would,” he said of the software product. “Our thesis has been validated by clients, and we’re involved with a lot of real projects.”

The startup raised seed funding of just under $2 million last year from individual investors and firms like Powerhouse Ventures, City Light Capital and Trancoso Partners. Those three joined the new round, led by SJF Ventures, which invested in NEXTracker and groSolar, both of which exited via acquisition.

The circumstances of fundraising in quarantine were far from what the team might have expected a year ago. To close the round, Terabase held dozens of pitch meetings over Zoom in Campbell's garage—the solar company's original headquarters—with a whiteboard and solar panels as a backdrop.

In the last year, the startup grew to more than 20 employees around the world, and attracted more than 200 companies to its digital platform. Terabase broke even in the second quarter with revenue from those early customers, but the Series A will allow new hires to expand the platform, Campbell said. The solar company also recently hired Allan Daly as vice president of software; he previously held that title at NEXTracker, and co-founded BrightBox Technologies.

As for that one cent per kilowatt-hour price goal, the global solar power industry is getting closer. EDF and Jinko Solar won a 2-gigawatt tender in Abu Dhabi in April at 1.35 U.S. cents per kilowatt-hour. That solar energy project benefitted from a 30-year contract with the state-run power company, which lowers the cost of financing, as well as large and flat sites with excellent solar power resource.

8minute Solar Energy achieved a solar-only price of below 2 U.S. cents per kilowatt-hour at its Eland project in California. The actual contract cost more because it included solar battery storage.

"Based on our modeling, we think one cent is totally achievable," Campbell said. "To me, there’s no silver bullet. You need to do a hundred things better."