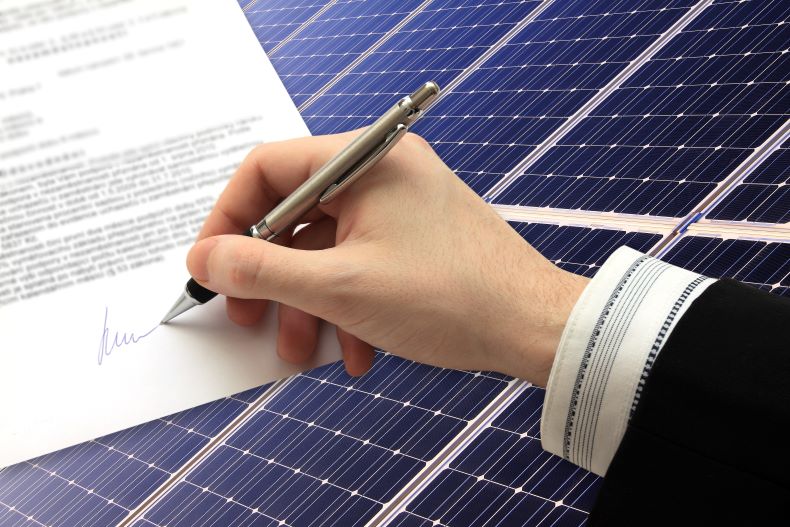 Facebook has signed power purchase agreements (PPAs) for the Rocket and Horseshoe Solar projects in Utah. The solar panel installation projects, which are expected to total 155 MWac, will support Facebook’s Eagle Mountain Data Center, through PPAs with Rocky Mountain Power, announced earlier this month. Both projects are owned and being developed by DESRI.

Rocket Solar is an 80 MWac solar energy facility to be built outside of Corinne in Box Elder County, Utah. Horseshoe Solar is a 75 MWac solar energy facility to be built outside of Grantsville in Tooele County, Utah. Both projects are scheduled to begin operations in 2022 to supply clean solar energy to Facebook under the Schedule 34 Renewable Energy Tariff, which enables customers to work with Rocky Mountain Power, a division of PacifiCorp and part of Berkshire Hathaway Energy, to meet their renewable energy goals by facilitating the construction and contracting of new renewable energy projects. The projects will help Facebook meet its goal of supporting its operations in the region with 100% renewable energy and reducing greenhouse gas emissions by 75%.

The facilities are expected to generate up to 200 construction jobs and will support DESRI’s ongoing renewable energy project construction efforts in the state.

The Rocket and Horseshoe solar panel installation projects were initially developed and permitted by Enyo Renewable Energy, a joint venture among affiliates of Enyo, LLC and MAP Energy, LLC.

Just last month, Facebook signed a power purchase agreement (PPA) for approximately 170 megawatts from the Lincoln Land Wind project currently under construction in Morgan County, Illinois. The deal with Apex Clean Energy is expected to help the social media company fulfill its commitments to reducing their greenhouse gas footprint by 75% and reaching 100% renewable energy in 2020. Last year, Facebook reported that operations achieved 86% renewable energy and a 59% reduction in GHG emissions.