The solar inverter manufacturer Sungrow has reported a significant recovery in revenue and profitability in the second quarter of 2020 despite COVID-19.

Major solar inverter manufacturer Sungrow has reported a significant recovery in revenue and profitability in the second quarter of 2020, after financial figures suffered in the first quarter, due to the impact of COVID-19 on both its solar panel installation project and EPC business and demand for solar inverters in China. 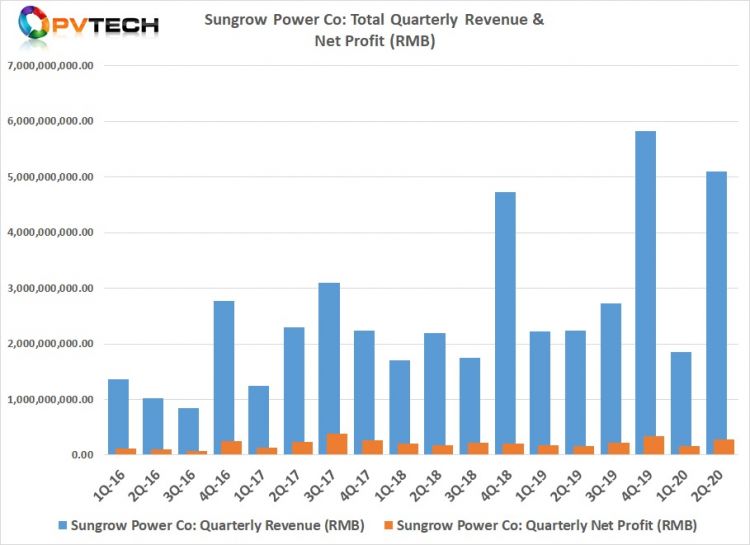 Key to the rebound was the growth in solar inverter sales within its PV Inverter & Power Conversion business segment, which reached around RMB 2,669 million (US$390.12 million) in the first half of 2020, compared to around US$243.3 million in the prior year period, a 60% increase, year-on-year. 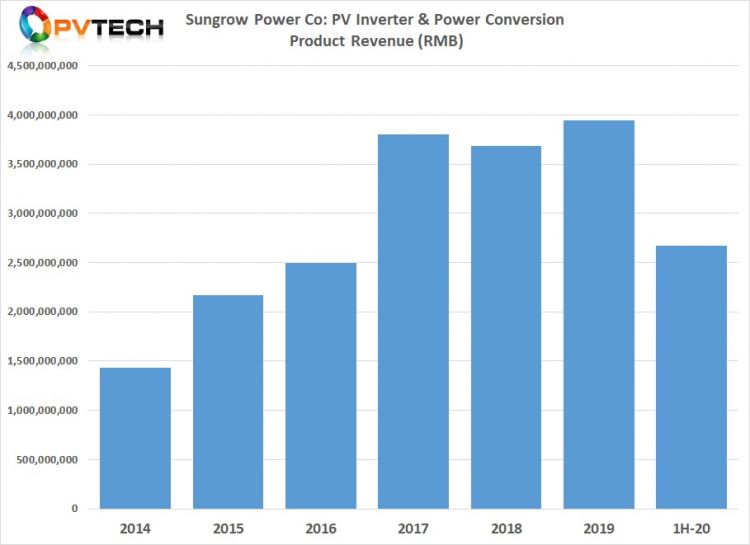 Although a larger revenue segment, Sungrow’s Power Station System Integration division reported revenue of RMB 3,626 million (US$530 million), compared to around US$348.4 million in the prior year period, the gap between the two main divisions was the closest in the last two years. 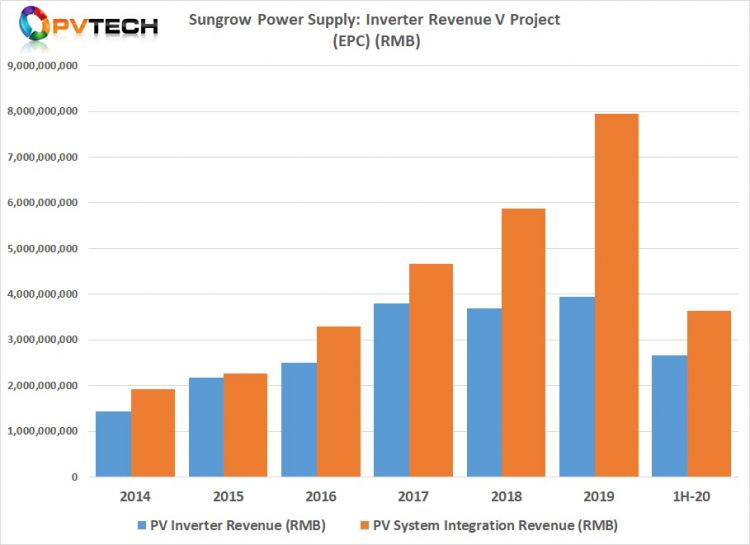 Sungrow reported that its solar inverter sales growth was driven by strong performance in the Americas and Europe in the first half of 2020 as well as the restart of solar power plant projects, mainly in China.

PV Tech estimates that Sungrow’s Power Station System Integration division generated its revenue from around 10GW of active solar power plant projects in the reporting period and solar inverter shipments in the region of over 11GW.

Sungrow had previously reported solar inverter shipments of 17.1GW in 2019. Cumulative PV inverter shipments that only cover figures since listing in 2011 had reached approximately 85.89GW at the end of the first half 2020.  The company previously announced it surpassed the 100GW shipment milestone in 2019, which included its years of shipments before going public.

A key strategy for Sungrow has been to boost its international solar inverter sales, while strengthening its sales and service operations in key markets such as the Americas and Europe. The solar company has claimed to be the leader in the Brazilian distributed generation (DG) market, the market share leader in Vietnam of around 40% and market shares of around 30% in Thailand, Malaysia, and the Philippines. The solar company also claims more than a 20% market share of the Australian residential solar power market.

Overall sales in the reporting quarter were also boosted by its energy storage segment, which was claimed to have increased sales to around US$35.6 million, up almost 50% from the prior year period, according to the solar company. 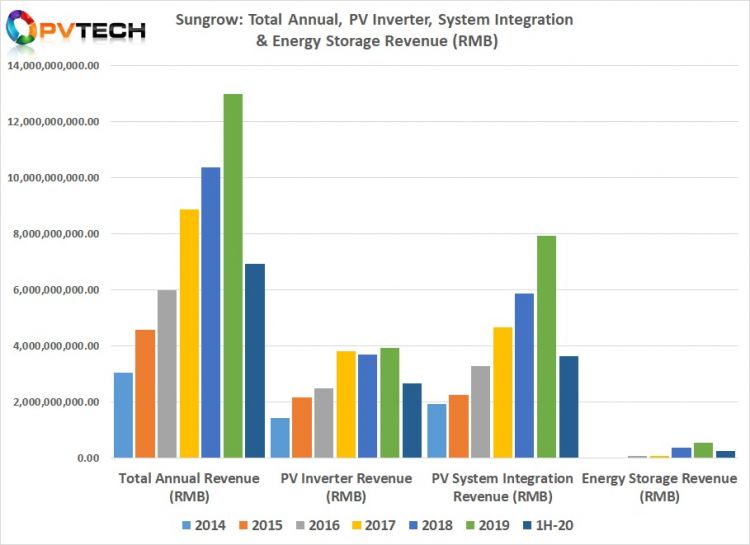