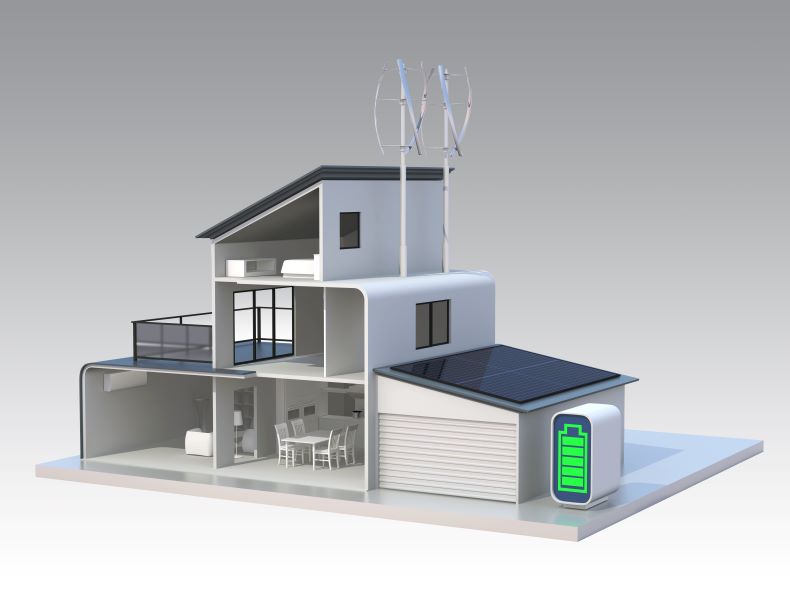 More homeowners are turning to solar power and solar energy storage systems as wildfires, heat waves and other disasters cause power outages in parts of the U.S. But unlike many solar panel and solar battery companies pitching customers on backup power, OutBack is including fossil fuels in its offering, which it says will optimize the system and allow it to more effectively handle bigger loads.

“Our products have, pretty much since the beginning, enabled customers to connect a generator to them. In the off-grid world, that’s really not optional — you have to do that because there’s going to be times where there simply isn’t sufficient solar resource for the loads you need to run,” Paul Dailey, OutBack’s director of product and market strategy, said in an interview. “What we’re doing in this instance is bringing that to the backup scenario.”

OutBack will initially work with Bay City Electric Works, a distributor of generators made by bath and faucet giant Kohler, to sell the systems throughout California and Nevada.

OutBack’s latest move arrives at a time when the U.S. has seen numerous disasters requiring backup power. Category 4 Hurricane Laura devastated parts of Louisiana and left more than 360,000 customers without electricity as of August 30, and wildfires tore through California in August.

As those types of events become increasingly common — climate change is exacerbating the severity of storms and the virulence of wildfires across the world — more companies in the U.S. are launching solutions geared toward resiliency.

Generac Power Systems, a provider of backup generators, has made several strategic acquisitions to gain competencies in solar and storage, recently launching its own “whole-home solar power solution.” Like Generac, OutBack will pitch its new system as capable of backing up an entire home during a period while the grid is offline, a task that requires more power than most national solar and storage vendors offer.

OutBack’s configuration will optimize a generator’s output while relying on solar and storage for less power-intensive loads.

“By adding the batteries and the PV, you basically enable that generator to run for less time, at a more efficient power level,” said Dailey. “The generator is going to use less fuel; it’s going to have [to run for fewer] hours and...[have fewer] maintenance issues.”

Solar inverters on Generac’s home backup system can handle 9 to 11 kilowatts of power output, depending on whether customers use one or two batteries. OutBack’s range of 5 to 8 kilowatts also depends on the solar inverter package, although Dailey said customers often stack batteries.

Arizona-based OutBack has seen numerous changes in ownership over the years. Most recently, industrial energy storage provider EnerSys bought OutBack last year as part of its larger acquisition of Alpha Technologies Group, a software and power provider to cable and communications companies.

While OutBack also sells off-grid solar power systems abroad, more than half of its business is in North America. If its partnership with Bay City Electric is a success, Dailey said OutBack may expand beyond the West, working with other generator distributors in broader U.S. geographies.