The solar company noted that despite global solar power demand declining in the first half of 2020, due to impact of COVID-19, Trina Solar was able to maintain production at its manufacturing operations across its facilities in China, Malaysia, Thailand and Vietnam.

Shipments in the first half of 2020 were almost equal to annual solar power shipments in 2016 and 2018, and nearly two-thirds of record shipments of 8,757MW in 2019. Trina Solar’s shipments excluded solar modules used in its in-house project development arm. 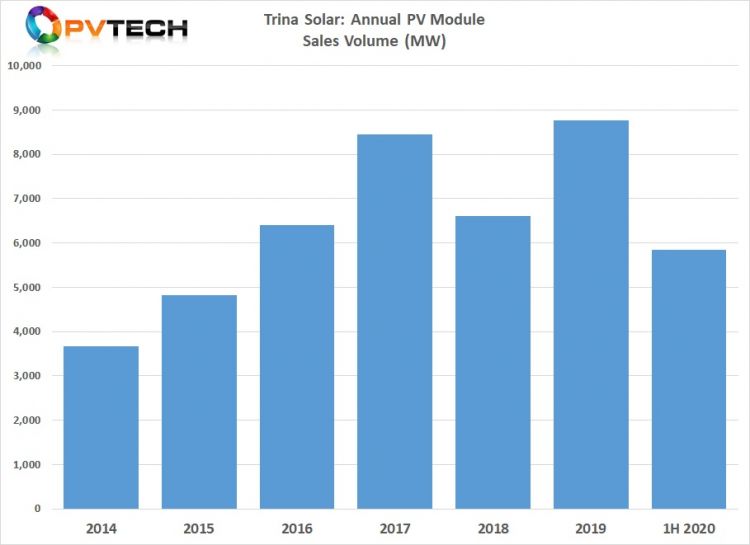 PV solar module shipments outside China grew strongly in the reporting period. The firm shipped 1,071MW to North America, primarily from its overseas facilities such as Vietnam, avoiding current import duties, an increase of over 238% from the prior year period. 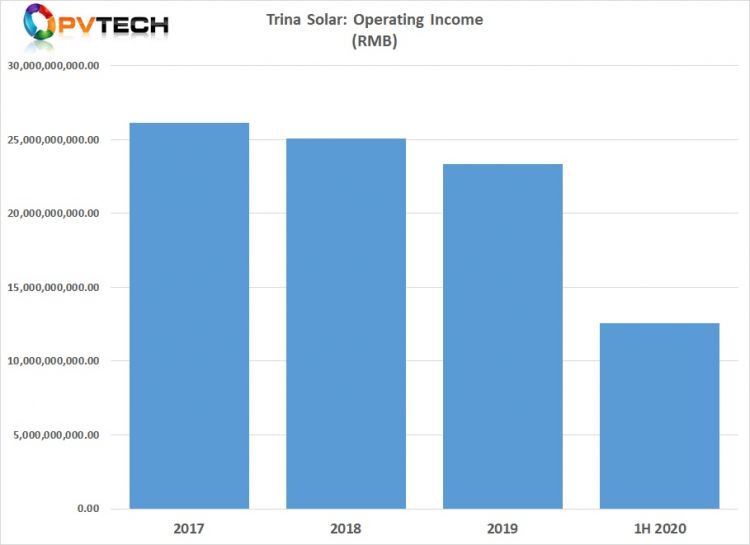 Capacity will also be added in Malaysia, Thailand and Vietnam totalling 2.5GW. In total, Trina Solar expects to have 26GW of in-house cell and 28.4GW of solar module assembly solar power capacity by the end of 2021.

The solar company recent raised around US$360 million in a share offering to primarily fund initial capacity expansions related to a 3GW solar cell expansion at its Yiwu, China facility. 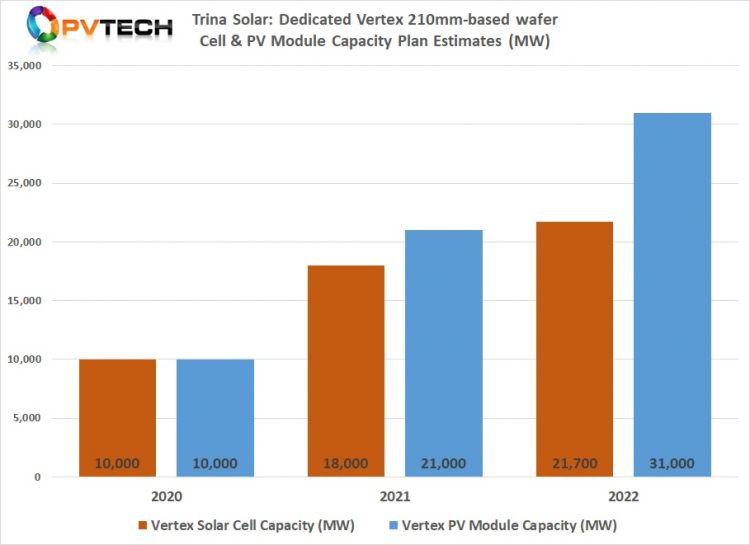