Sonnen and Wasatch Group is bringing solar power and solar energy storage to tenants in California, after having success with a similar program in Utah. 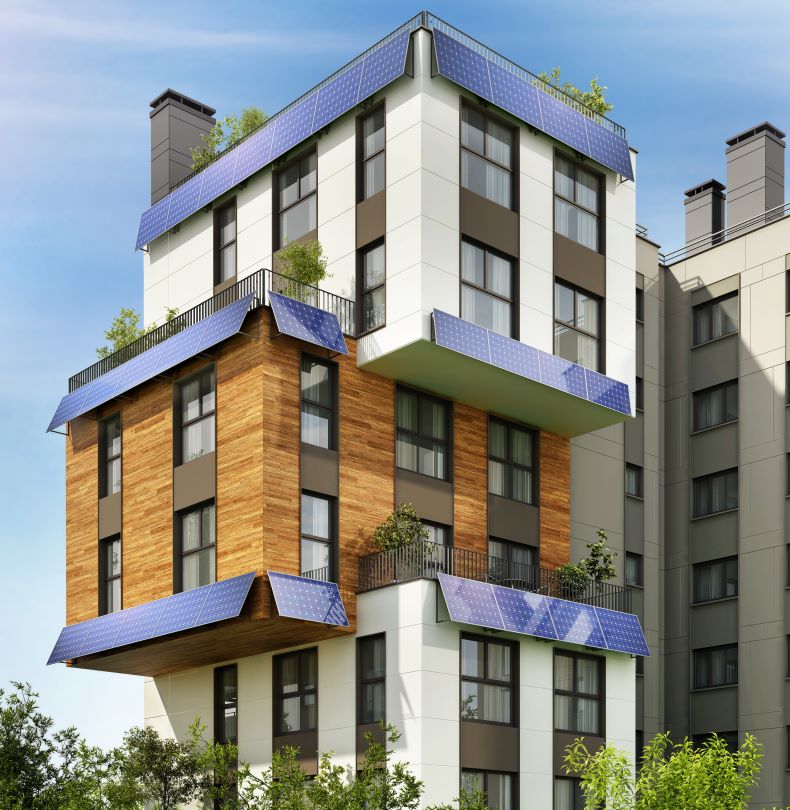 Multifamily housing is a hard nut to crack for solar power and solar battery developers. Sonnen and Wasatch Group say that bundling the value of solar power and solar energy storage for tenants, property owners, outside investors, utilities and grid operators can make it work. Now, one year after launching their first project in Utah, they’re bringing the model to California.

On Thursday, the Shell-owned German home battery provider and the Utah-based real estate company announced plans to direct $130 million of investment to bring 60 megawatt-hours of solar energy storage to multifamily solar-battery projects across the Golden State over the next few years.

Their first $19.7 million project at the Heron Pointe apartment community in Fresno, Calif. will feature about 4,800 solar panels and 417 units equipped with sonnen ecoLinx solar battery systems, said Ryan Peterson, president of Wasatch Energy Group. It’s capable of generating up to 1.85 megawatts and storing up to 8.3 megawatt-hours of solar energy, according to Peterson.

Sonnen is best known for high-end home solar battery systems that cost significantly more than competing models from Tesla, LG Chem and Sunrun, in exchange for longer warranties and more tightly integrated home automation and backup power controls. Beyond its home market of Germany, its primary U.S. efforts thus far have been centered on sustainable new home developments in Arizona, Florida and Illinois.

But the Heron Pointe project is a retrofit of market-rate apartments, as are the other seven communities planned for future developments — and Wasatch Group doesn’t plan to raise rents to pay for the systems, Peterson said.

Instead, it plans to rely on sonnen to optimize the interplay of solar power generation and solar energy storage to reduce energy costs for tenants and the property as a whole, and to orchestrate the system’s capacity and flexibility as a virtual power plant.

“The foundational value stream is clean-energy living and tenants paying their landlord for the use of the solar power” through bundled energy billing, said Blake Richetta, chairman and CEO of sonnen's U.S. business. “The tenants also get solar-optimized and regenerative backup power for zero cost,” with solar-charged batteries available during power outages.

On the grid-services side, sonnen is examining California’s roster of current and potential opportunities for aggregated distributed energy resources, he said. First, it plans to bid Heron Pointe’s capacity into the Demand Response Auction Mechanism pilot program, which has been a source of revenue for battery aggregators including Stem, Engie, Tesla and Sunrun.

It’s also exploring other emerging avenues to serve as a source of resource adequacy, which is the term for California’s mechanism to secure peak grid capacity, he added. That’s a similar use case to the contracts that solar-storage developer Sunrun recently landed with three San Francisco Bay Area community-choice aggregators and is also pursuing in Massachusetts, Hawaii and other states.

California utilities Pacific Gas & Electric, Southern California Edison and San Diego Gas & Electric are in the midst of developing ways for solar-storage systems to serve as resource adequacy. “We could provide [resource adequacy] for them directly or become more of a dynamic asset for them,” he said, by taking part in utilities’ plans to enlist orchestrated solar-storage systems to defer distribution grid upgrades.

That last use case is how utility Rocky Mountain Power is working with sonnen and Wasatch Group’s first project, the Soleil Lofts apartment complex being built in Salt Lake City, Richetta noted. That new development represents a major new load for the substation serving it, and although it’s only half-built at present, “it’s actively being dispatched by Rocky Mountain Power” in a test of sonnen’s virtual power plant platform as a tool for distribution grid operators.

Wasatch Group has already invested about $50 million to install solar panels at various properties, but it has been looking for ways to expand the revenue streams for multifamily housing beyond straightforward business cases like offsetting energy use in common areas, Peterson said.

Expanding solar power capacity to supply tenants is a tricky proposition, however. The financial rewards available from net metering tariffs aren’t often able to provide the relatively rapid paybacks on capital investments that property owners are looking for. And renters obviously can’t buy or lease their own solar panel installation on rooftops they don’t own.

Wasatch Group works around these financial constraints by forming standalone entities to own the solar power and solar battery assets, capitalize on the available federal tax credits and state solar incentives, and “establish that billing relationship with the property directly,” he said. Adding the grid-services revenue from actively managed solar-battery systems boosts that proposition.

Solar panels and solar batteries also add to an apartment complex’s value and make it more attractive to tenants, while the additional revenue stream increases its capitalization rate, or the rate of return on investment, he said.

Wasatch Group is self-funding the Heron Pointe project and capturing the tax credit value for itself, said Jarom Johnson, COO of Wasatch Premier Communities. But it’s hoping to draw outside investors to fill out the remaining $110 million it expects to spend on its upcoming solar-storage installations over the next 18 months, he added.

The same model could work for other apartment owners who’ve been largely shut out of the solar-storage opportunity. “Historically speaking, multifamily solar is tricky, especially if it’s funded by the apartments themselves,” he said. “It’s the separation of this structure that’s the magic,” and the addition of utility and grid services revenue is “where it really starts to work.”