The cost of solar cells is on the rise, and solar wafer developers are cautioning about polysilicon pricing volatility. 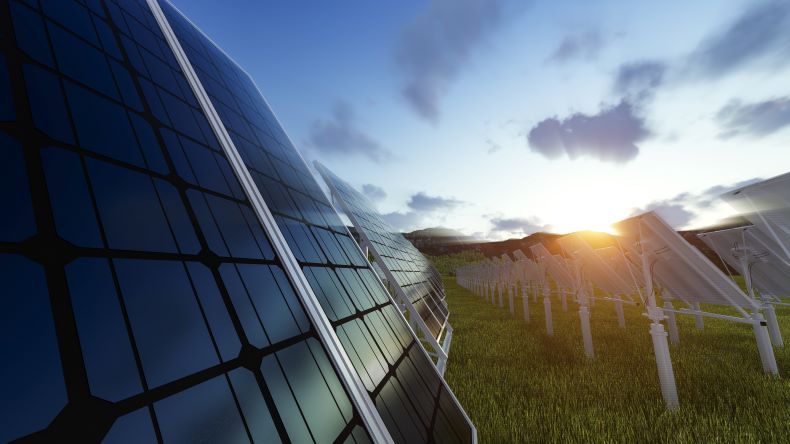 The announcement from Tongwei on 10 August disclosing new solar cell price rises was a surprise for the whole solar power industry. Compared to its previous quote on 24 July, the price of poly solar cells rose by another 6 USD cents/W, with a further increase of 8 cents/W for 156.75mm, 158.75mm and 166mm mono solar cells.

This was just two weeks after LONGi had announced its latest round of solar wafer pricing, with solar wafers rising by three cents and cells by eight. The onset of a ‘price war’ within the manufacturing chain, where upstream costs have increased dramatically in a short space of time, took the solar power industry aback, particularly in relation to solar cells.

PV Tech has learned that price increases in silicon, solar wafers and solar cells, exacerbated by incidents at facilities belonging to GCL-Poly/ JZS and previously Daqo, had put great pressure on module cost control. After falling non-stop for over half a year, module prices appeared to be stabilsing and, indeed, went upwards. Starting from July, the bidding price for modules used in China's large ground-mount plants have gone all the way up to currently top 1.5 yuan/W. Many module companies have been renegotiating the supply price with owners because present levels have made delivery difficult for module plants.

Other macroeconomic factors are at play here. There is a cyclical, seasonal nature to polysilicon, solsr wafer and solar cell prices that follows module demand, often falling through Q1 and Q2 before peaking again in Q3 and Q4 in line with utility-scale deployment patterns, especially in China. Forecasts by CPIA, published last month, suggested that just over 11GW of solar power was installed in China in H1 2020, followed by a “conservative” estimate for year-end installs of around 35GW. Illustratively, around two-thirds of solar deployment in China is weighted towards the second half of the year.

China’s solar module manufacturers, EPC contractors and power plant purchasers have been critical of the widespread price surge in polysilicon, solar wafers, solar cells, glass and auxiliary materials. "It's such a hard time for module manufacturers, and even harder for developers,” one solar power industry stakeholder told PV Tech.

“We used to run dozens of projects at the same time. It wasn't as difficult as it is now,” another said, while a third added: “We cannot move on. The price quoted a moment ago is invalid one minute later.”

Contract terms have had to be changed again and again with each increase in price, leading to 2020 being described as a miserable year for purchasers.

While price wars have been heating up between upstream manufacturing giants who have the final say over price and who boast massive production capacity, downstream players have been left feeling stifled. Solar module suppliers who had taken MWs of orders in H1 were caught in the middle, with prices previously agreed upon changing on a near daily basis. Of course, no one can afford to do business at a loss. As a result, more and more contracts have been declared invalid.

Lessons to be learned

Speaking to PV Tech, Dany Qian, vice president of JinkoSolar, said: "Module companies, especially the top module players, will draw lessons from their present predicament. Instead of blindly pursuing higher market share, they will focus more on developing integrated businesses. That’s the way to achieve sustainable development and better control of their own fate.”

JinkoSolar's solar module manufacturing capacity, largely centred on modules, is expected to reach 25GW by the end of 2020. Its solar wafer capacity has also been greatly expanded in recent years. According to Jinko’s capacity plan, solar wafer and solar cell capacity will reach 20GW and 11GW respectively by the end of 2020 (poly not included).

Dany Qian conceded that, "The price increases will, in the short term, put pressure on module players. Thanks to Jinko’s vertical supply chain, we are doing much better. Our strategic focus will shift to fix our weaknesses in capacity.”

“From the perspective of market supply, as we have already fixed all prices along the supply chain in advance, our long-term contract customers will be the least affected. When something unusual happens, we’ll keep our customers well informed, so that they are also aware of the dilemma in which we find ourselves. Some projects planned for this year will be delayed due to the COVID-19 pandemic and, for spot market supply, module manufacturers have no choice but to shift a portion of the rising costs downstream.

"I think the greatest damage the price increases have done is to domestic developers, be they state-owned enterprises or private power companies, especially on projects with a fixed grid-connection date. Price increases in wafers will be passed onto cells, then to modules, then to the developer, and finally to the end market,” Dany Qian said.

In view of the current price rises across every sector of the upstream solar power industry, many third parties are recommending a wait and see approach, postponing or even cancelling some projects.

Dany Qian also advised downstream power plant developers to postpone projects, if possible, to the next year. "This round of price increases will be short-lived. For the most part, it is because of the rushed installations in the domestic market in Q3 and Q4. We expect that, between October and November, the prices will fall back to normal levels, and go down even further than that when the supply-demand pressure is balanced.”

But these price increases may prove to be the last straw for some downstream companies. To tackle the temporary price increases brought about by the short-term imbalance between supply and demand, Dany Qian called for joint efforts from both upstream and downstream, policy makers included, to minimise possible losses.

At the same time, she also advised design institutes and other organisations be “more flexible in setting specifications in project planning”.

“Downstream players often suffer from overly rigid procurement standards. The price increases, induced by a supplier monopoly, will result in them losing a lot of money. Unified standards and price comparisons were meant to reduce investment costs at the beginning, but manufacturers end up losing their decision-making rights on project yields.”

With booming demand in China’s end market, the solar power industry is expected to witness another wave of rushed solar installations in Q3 and Q4.

The price rebound has proven to be more than plant developers can handle, it may force power plants to stop work or even freeze projects, causing significant losses to plant investors. China’s solar installation estimates may be lowered as a result.

At the time of writing, LONGi announced that it had once again adjusted its solar wafer pricing. The updated price for its mono P-type M6 175μm (166/223mm) solar wafers is quoted at RMB 3.25yuan/pc, an increase of 7.3% compared to the RMB 3.03 yuan/pc quoted on July 31, with pricing for its mono P-type G1 175μm (158.75/223mm) solar wafers up 6.9% from the RMB 2.9 yuan/pc quoted on the same date. A special note from LONGi explained that silicon pricing was experiencing frequent and substantial changes and that a ±￥3/kg price fluctuation in silicon would correspond to a ±￥0.05/pc change in solar wafer prices.

The announcement again rocked a solar module manufacturing supply chain already reeling from other price rises and incidents in the space. More turbulence is, unfortunately, expected.