The Navajo County Board of supervisors has approved the expansion to 4,000 acres of a massive solar power generating field. The solar panel installation will be able to generate 400 MW of solar electricity. 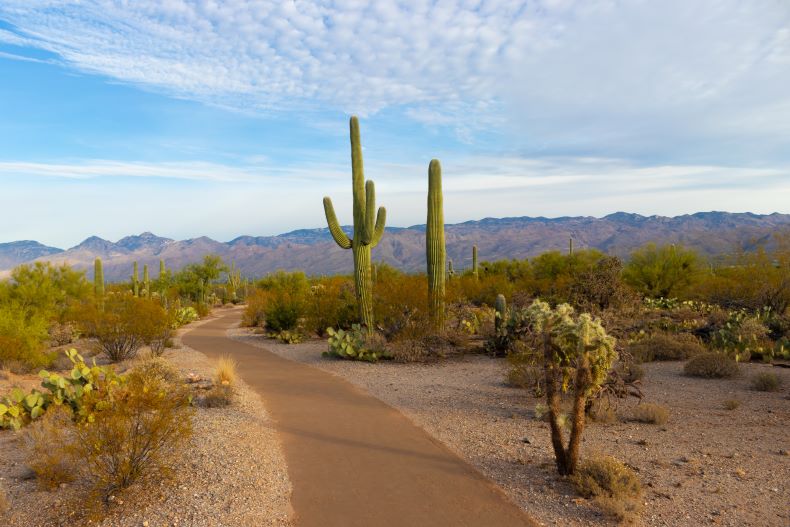 NAVAJO COUNTY — The Navajo County Board of supervisors this week approved the expansion from 3,000 to 4,000 acres of a massive solar energy power generating field.

The giant array of solar panels in the open desert near Joseph City will generate 400 megawatts of solar electricity. That’s about four times as much electricity as forest restoration advocates hoped the Arizona Corporation Commission would require power companies to generate from burning biomass – supporting forest thinning efforts.

Once Hashknife started drawing up detailed plans for the solar panel installation, designers decided the extra 900 acres would solve problems with drainage.

The planning commission approved the proposal on a 3-2 vote, after the owners of a cattle ranch that leases the same land complained about some damage done to the range during the preliminary design, surveying and construction.

Navajo County planners met with the solar energy designers and representatives of the Aztec Land and Cattle Company to iron out the problems.

By the time the proposal hit the supervisors’ agenda, Steve Brophy of the cattle company was in favor of the expansion.

“So you’re saying you’re in favor of the recommendation?” asked Board Chairman Jason Whiting.

“Yes we are,” said Brophy, who heads a legendary cattle company – the dominant business in much of northeastern Arizona in the days of the wild west. In a head-spinning update of the mythic West, the cattle grazing the open range will now mosey through fields of solar panels.

The supervisors quickly approved the requested expansion of the site of the solar farm south of Interstate 40 between Joseph City and Winslow. The nearest house is half a mile away. The site’s about two miles from the Cholla Power Plant.

The solar project will support 200 to 400 jobs during construction, but will provide only 3-5 jobs for operators once it’s up and running. That’s one reason electricity from solar power’s now cheaper than the power produced by a coal-fired plant. Construction will likely start in early 2022 and could continue for five years. The solar panels will be mounted on 10-foot-tall racks, and will track the sun to maximize energy harvested. A 3.5-mile-long line will connect to the main power line coming from the coal-fired Cholla plant.

The builders promised to survey for archeological remains and take into account the needs of wildlife – but noted the solar project will be clearly visible from I-40, with little opportunity to screen the 10-foot-tall array of thousands of solar panels.

An abrupt shift in economics has resulted decommissioning coal-fired power plants all across the nation.

One recent study concluded that 75 percent of the coal-fired plants in the United States now cost more per kilowatt than either local wind or solar panel installations (https://e360.yale.edu/digest/renewables-cheaper-than-75-percent-of-u-s-coal-fleet-report-finds). The continuing advances in solar power generation should make solar power cheaper than 86 percent of the nation’s coal-fired plants in 2025, the study concluded.

Coal currently accounts for 28 percent of US power generation, down from 48 percent in 2008. Wind, hydro and solar energy account for 17 percent, with solar energy the fastest growing sector.

Coal-fired power plants and mines once provided about 4 percent of the jobs in Navajo County and 8 percent of the jobs in Apache County. The Navajo Generating plant has already closed along with several along with a portion of Cholla. Those shutdowns have cost hundreds of jobs already, delivering a body blow to the Navajo Nation – already hammered by chronically high unemployment and now the devastating affects of COVID-19.

The relatively new 780-megawatt Coronado Generation Station near St. John’s with some 200 workers will remain online at least through 2032, thanks to the addition of some $60 million in added pollution controls.

APS plans to phase out the remaining two units at Cholla, at the cost of roughly 200 additional jobs. The power company had proposed converting one of those units to a 50-90 megawatt biomass burning plant. This could have provided a market for saplings and tree slash that would support about 50,000 acres of forest thinning annually. Studies suggest such thinning projects could protect vital watersheds, reduce the risk to billions of dollars in power line infrastructure and reduce the risk of town-destroying forest fires. Biomass also represents a renewable energy source and burning woody material in a power plant with pollution controls would put a lot less carbon dioxide into the atmosphere then a forest fire – especially a megafire that lofts smoke much higher into the atmosphere.

However, although burning biomass is cheaper than coal it is still more expensive than solar panel installations. This prompted the Arizona Corporation Commission to reject issuing a biomass mandate.