Researchers in Morocco have designed a new bifacial solar module, that comes with an active cooling system. 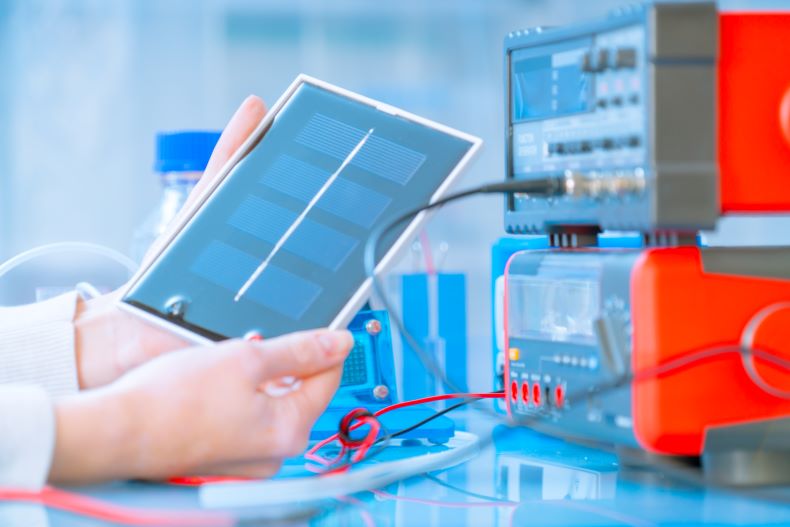 The solar module, which is now being patented, is based on bifacial parabolic polymer solar cells that are connected to each other through two different types of tubes used for solar panel cooling. Yellow tubes link the solar cell strings vertically and are visible on the front side. Blue tubes connect the strings horizontally and are invisible from the outside, as they are placed in the middle of the backside and at the junctions between the reflectors.

Each string is linked to the other with a shift of one half from the adjacent cell by connecting the yellow tube of each string with the blue tube of the other string. In this way, a shift is created between the strings and sunlight can pass through the holes to be reflected by the parabolic mirrors on the cell backside.

Through this alternative connection of PV strings, the blue tubes are able to cool the cells in the middle, while the yellow tubes execute the same task at the solar cells’ extremities. “We are now testing several transparent liquids to obtain the best temperature dissipation,” one of the scientists, Professor Abdelaziz  El Ghzizal, told pv magazine.

The solar panel architecture might provide significant gains in yield by combining the cooling effect of the tubes with the additional power delivered by the solar cells’ backside. The solar panel performance must be evaluated, with the first tests to be conducted on a solar cell with two integrated sides.

“The prototype is in progress, and we are beginning to establish links with external entities to accelerate its development,” El Ghzizal said. “We are open for more partnerships in this sense.”

As for the solar cell technology that will be used in the solar panels, El Ghzizal said that many different materials and cell types are being tested to ensure high performance at low costs.