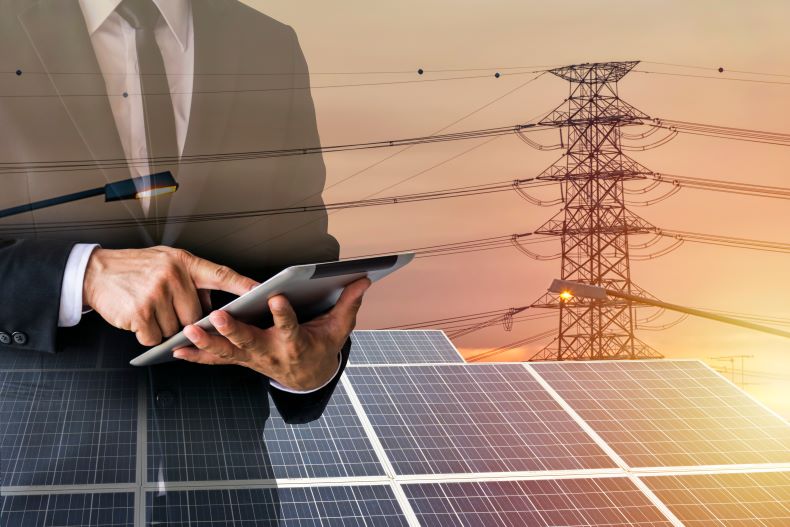 The solar company is signing up existing customers in Southern California Edison territory for a year-long demonstration, expected to launch by the end of the month. Participants will receive $250 for letting Sunrun control their batteries based on signals from SCE. The two companies will study which dispatch strategies generate the most benefit for the grid in order to inform future efforts of this kind.

“We’re going to have this wealth of knowledge to really look through the opportunities and [identify]...the challenges,” Jill Anderson, senior vice president of customer service at SCE, said in an interview.

Sunrun is also assembling a 300-home fleet for New York state utility Orange & Rockland, a subsidiary of Con Edison, it announced Wednesday. Customers will get Sunrun’s solar-battery Brightbox service at a discount; O&R will compensate Sunrun for easing stress on the distribution wires by discharging the distributed batteries. Regulators approved that program as a demonstration project for New York's Reforming the Energy Vision grid modernization effort.

Both deals test the concept of a virtual power plant, the industry term for digitally harnessing physical energy assets distributed across a region to approximate the effects of conventional power plants. That’s a central proposition of visions for a decentralized, digital electric grid.

Individuals are paying for batteries out of their own pockets that could prove valuable to the broader grid. Unlike previous forms of demand reduction — switching off appliances, turning down the temperature, etc. — battery-based grid services don’t disrupt customer activities.

“One of the real upsides of doing this with a battery is the customer can go about their daily business and the battery works behind the scenes,” said Alex Sherman, who took over running Sunrun’s Grid Services team after previous leader Audrey Lee left the company in April. Sherman, like Lee, came to Sunrun after working on commercial battery aggregation at startup AMS.

Previously announced contracts, such as a 20-megawatt capacity win in New England and a network in Hawaii, don’t launch for another year or two. The SCE deal is starting now.

In grid-planning terms, that leaves no time to lose. SCE has been talking to Sunrun about testing the value of home batteries for more than a year, Anderson said. Sunrun already has more than 1,000 customers in the service territory.

Together the two companies identified research questions to test how a fleet of 300 residential solar batteries can be put to the best use.

“By learning how...it performs when we're aggregating across all these different customers...we can use that information to design programs in the future that might help a customer choose to put solar and storage” in their home, Anderson said.

SCE didn’t need new regulatory approval: the $250 credits come from a previously approved technology pilot program for time-of-use rates, which the solar customers subscribe to, Anderson said. If the trial succeeds, SCE will look at scaling up the program and opening it up to additional aggregator partners.

The stakes are high because California is the biggest market by far for home batteries.

“You can imagine that success here with one of the largest utilities in the state leads to a very, very big virtual power plant,” said Mike Sachdev, who oversees the Grid Services unit as Sunrun’s head of products.

SCE will send automated signals to Sunrun’s Grid Services team for up to 80 calls per year. In response, Sunrun’s algorithm will decide which solar batteries to dispatch, how much and for how long. The solar batteries will maintain at least 20 percent of their energy for emergency backup power, Anderson said.

In some jurisdictions, residential solar batteries operate as a demand-reduction tool: When peak demand hits, the battery discharges to meet the needs of the household, reducing demand on the local grid. Sunrun’s batteries will do that, but they will also be allowed to export electricity onto the grid in cases where the desired battery discharge is larger than the home’s consumption.

Historically, utilities have been reluctant to allow customers to export from their batteries onto the grid, but that’s changing in some territories.

“Sunrun’s invested in understanding what’s happening with our systems,” Sherman said. “When we export, it’s not a scary proposition, because it’s metered and it’s measurable.”

These operations create a tension between individual and system benefit. Customers typically pay for batteries to feel the comfort of clean backup power or to shift solar power production into peak hours that would cost more under a time-of-use rate. It’s possible that an aggregator dispatching someone’s battery based on what’s useful for the distribution grid would detract from the value for the host customer.

“Our principle around how we view grid services is that we would never reduce the value of having gone solar in the first place,” Sachdev said.

The Grid Services team aims to dispatch batteries in a way that benefits the customer. Discharging stored solar power during a peak window is likely to serve both customer and grid. At the very least, Sunrun promises to operate in a way that poses no detriment to the customer’s power bill. Coupling that commitment with the upfront payment means customers should come out ahead.

Another outstanding question for the virtual power plant model is how aggregators should share the revenue created by the battery in someone’s house.

The initial format for compensation is the upfront payment for participation, which provides simplicity and clarity. Other forms of compensation could reflect actual capacity usage, but more granular revenue-sharing introduces complexity and could be harder to explain to customers.

“We have to make sure that the customer feels like they are being appropriately compensated,” Anderson said.

Why trust a startup?

The virtual power plants require a willingness by utilities to entrust younger technology companies with reliable delivery of grid services.

“I believe reaching these important and ambitious clean energy goals is going to require new and different types of players and partnerships than we have today,” Anderson said. “It makes sense to partner with those technology companies rather than try to duplicate [their offerings], especially as the players grow and change and evolve.”

That’s not without its risks, as SCE itself has learned.

SCE pioneered the use of batteries in businesses for local capacity, with contracts it awarded in 2014 to AMS and Stem.

Since then, AMS did what many startups do: It pivoted, shifting from a battery development company to a software services business. The owners of the 345-megawatt-hour commercial battery fleet that AMS built had to find a replacement to operate it, in order to keep fulfilling its obligations to SCE. Last week, Stem stepped in to take the place of AMS.

The lesson there is that utilities can’t expect their technology partnerships to remain static for decades, Anderson said. It’s crucial to be flexible and adapt as technology evolves and conditions change over a contract period.

“It underlines the need for us to think about our relationships as partnerships and not as 'vendor' or 'supplier,'” she said. “We’re really in partnership together to see both sides succeed, and it often means we have to adjust along the way.”

Sunrun, a publicly traded company that has already survived more than a decade of upheavals in the solar power industry, is building up a track record of utility partnerships to validate its dependability. It helps that the special sauce for virtual power plants is software, so each new fleet, wherever it is, tests and informs the same core capability.

“The software is meant to be applicable whether the portfolio has 300 customers or 3,000, whether it's in Southern California or New England,” Sherman said.

Want to go Solar? See how much you can save before the installer comes out by using the HahaSmart price checker tool and you can customize your solar-powered system with the design DIY tool