A new study has found that powering the Grid with 90% renewable energy by 2035 is a viable option and a cheaper one at that. 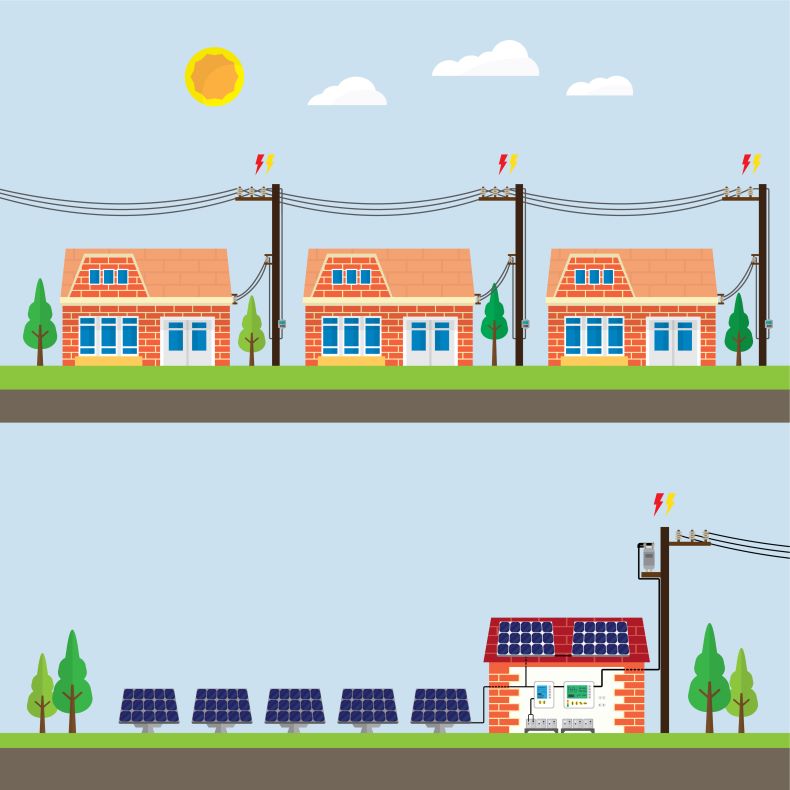 It will be feasible to power the U.S. on 90 percent clean electricity by 2035 thanks to stunning declines in the costs of renewable energy, a new study finds.

In just a few years, decarbonizing the grid went from a solar energy lovers pipe dream to something many major American utilities have committed to, from Southern Company to Duke Energy. But utilities typically pick a midcentury deadline, as do states that have passed such goals. That puts execution comfortably beyond the tenure of anyone in power today.

The new study, from UC Berkeley and GridLab, raises the stakes considerably. By using updated cost figures for wind, solar energy and batteries, the researchers found that it will be economically feasible to power a reliable grid by 2035, while only depending on natural gas for 10 percent of annual electricity production.

“Previous studies concluded either we need to wait until 2050 to decarbonize or the bills will go up if you decarbonize,” said co-author Amol Phadke on a call with reporters. “I think we really need to revisit these conclusions because of the dramatic decline in costs.”

This scenario retires all coal plants by 2035 and does not require any new construction of gas plants. The cost of wholesale electricity would be 13 percent lower than it is today, in contrast to the common assumption that a shift to clean energy would radically increase expenses.

Cheaper, cleaner power without loss of reliability may sound too good to be true. But that’s what the study's numbers suggest: Clean energy has become so cheap already that all prior predictions of future scenarios need a massive revision.

The high-level problem of designing a clean grid is to maximize the use of cheap intermittent solar energy and wind power while maintaining enough dependable capacity to meet demand all year long.

Setting the target at 90 percent clean removes the need to run the system only on renewable energy at all times; it can burn a little gas when necessary. This proved durable for meeting demand in every hour of the seven years modeled in the study to test reliability under annual variations in weather.

Stopping gas-plant construction now means Americans wouldn't have to pay for new gas peakers that only run a few times a year. Most of the operating fleet would have time to fully depreciate by 2035, limiting the stranded-asset problem and reducing overall cost, the study found.

“As the price of wind and solar have come down dramatically, the...conventional wisdom that wind is only cost-effective in the wind belt in the middle of the country, solar is only cost-effective in the sunny Southwest — that's not true anymore,” GridLab’s Ric O’Connell said on the call. “While we still need to build significant transmission, most of that transmission is more regional as opposed to interregional.”

The focus on “transmission spurs” results in transmission costs that are “modest,” according to the report.

The analysis does not examine demand response or controllable load; such technologies could result in less gas burn for peak capacity and, potentially, cheaper approaches to balancing the grid.

Similarly, a raft of zero-carbon firm resources in the early stages of commercialization (small modular nuclear, hydrogen-powered turbines, long-duration storage) could make the goal even easier to reach, but the analysis makes things work with tools on the market today.

Is such a huge renewables build-out realistic?

To achieve a 90 percent clean status, the U.S. would have to build 1,100 gigawatts of new wind power and solar capacity in the next 15 years, the study found. That averages to roughly 70 gigawatts' worth of deployments per year, more than triple the combined wind power and solar energy additions completed in any one year to date.

The U.S. added 65 gigawatts of gas capacity in 2002 alone, the study notes, so this level of power investment has happened — just not with renewable energy.

“The key thing that was very exciting to us, and why we were prompted to do this study, is that the cost declined much faster than all the experts in the field anticipated, including us,” Phadke said.

Clean energy continuously outperforms expert expectations; even so, 70 gigawatts a year is an unprecedented lift. For comparison, the study’s No New Policy case, which leaves the market to pick new capacity on its own, only gets to 53 percent clean by 2035. The 37 percent gap between the two scenarios, a gap carved by unpriced externalities and market imperfections, must be bridged by the policy.

The study came with a companion piece by think tank Energy Innovation that lays out precisely what policies are needed to reach 90 percent clean. A national clean-energy standard would do the lion’s share of the work, assisted by policy reforms and research and development investments.

“Passing federal policy as soon as possible is a huge step in the right direction,” Energy Innovation Vice President Sonia Aggarwal said. “At the same time, I think the scale-up of potential deployment within the renewable energy industry will be really important to pay attention to.”

That second part means clearing the barriers to a doubling or tripling of annual renewable deployment by streamlining permitting and interconnection and clarifying market rules, including how state clean energy policies and federal regulations interact.

Clean-energy standards are part of a newfound consensus on how Democrats want to tackle climate policy. Evidence that the policy could save money could be a valuable tool for that legislative push.