The U.S. Residential Storage Shines in the First Quarter of 2020

In the first quarter of deployments, residential batteries beat out the rest of the energy storage sector. This was shocking because solar panel installations typically fall in the first quarter each year. However, thanks to PG&E cutting off the power this past year to millions of homes. 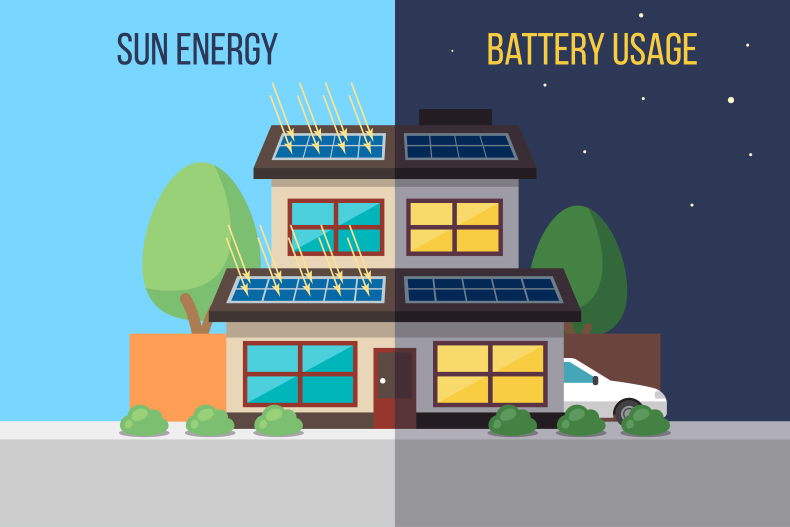 The U.S. Residential Storage Shines in the First Quarter of 2020

Residential batteries outperformed the rest of the energy storage sector in first-quarter deployments.

The first quarter of 2020 marked the fourth consecutive record for home battery installations, according to the new Energy Storage Monitor from Wood Mackenzie and the Energy Storage Association. The sector delivered 44 megawatts/102 megawatt-hours, up 10 percent from Q4 2019.

That’s all the more striking because home solar panel installations typically dip in the first quarter of a given year. This wasn’t a typical year, though. In the fall, Northern California utility PG&E cut off power to millions of people to avoid starting fires. As the reality sank in that Bay Area homeowners couldn’t count on the grid working during a prolonged heat wave, they started taking matters into their own hands.

Solar power system-paired batteries provide clean backup power for critical loads—or the whole house, if the customer pays for enough battery capacity. California offers grants to cover the cost of batteries to households that are most acutely affected by power shutoffs.

Residential storage handily beat front-of-the-meter storage in the first quarter. But coronavirus shelter-in-place orders that arrived in late March cast doubt on the industry’s ability to keep the growth streak running in Q2. Solar installers have had to revamp sales and delay some installations based on local rules.

Lately, each week has been bringing new announcements of truly gargantuan storage contracts. Southern California Edison signed up for 770 megawatts; PG&E contracted for another 420 megawatts; Hawaiian Electric finalized 460 megawatts of solar power alongside almost 3 gigawatt-hour of storage. That was all in the last month.

But the first quarter of 2020 saw very little action for the front-of-meter segment, home to the largest batteries.

A 10-megawatt/10-megawatt-hour system in Texas delivered the most new capacity, followed by a smattering of smaller systems in other states.

WoodMac analysts expect the pace to pick up later in the year. The first quarter tends to be slower for front-of-meter completions. State governments exempted critical energy infrastructure from stay-at-home orders, so major construction projects like the AES Alamitos battery have continued.

The commercial and industrial segment faces a tougher challenge in that its customers — office buildings and other enterprises — largely remain shuttered. The typical business case of demand-charge management loses its urgency if the facility is disused and empty.

The report's count of non-residential storage also includes community solar projects with a storage component. Robust pipelines of those projects have sprung up in Massachusetts and New York, which now trail only California as the leading state markets for this segment. Just a few large projects made up the bulk of Q1 capacity additions in those states; delays due to local policies or COVID-19 precautions could jeopardize these markets going forward.

Forecast takes a hit from COVID-19

WoodMac still expects total U.S. storage installations to double in 2020 and nearly triple in 2021 on a year-over-year basis. But the policies to curb the spread of the coronavirus pandemic are likely to delay at least some projects.

The Energy Storage Monitor authors lowered their five-year cumulative forecast by 6 percent compared to last quarter’s analysis. That lops about 500 megawatt-hours off the 2020 forecast, or 12.4 percent.

The actual drop in installations will depend on how long local rules — or customer comfort levels — preclude installations at homes or businesses. Slowdowns or halts in the permitting and inspection process pose another challenge.

Companies have more control over their customer-acquisition process. The major rooftop solar installers pivoted to online sales from largely in-person sales in the early days of quarantine, but hard numbers on the success of that transition won’t be available until publicly traded companies report second-quarter earnings.

“Early signs show the shift to virtual sales for residential installers has been more successful than many in the industry initially thought it would be,” Simon said. “Still, it remains to be seen if this can make up the volume that would normally come from in-person touch points [that are] crucial for many installers.”

Lastly, the health of the market will be influenced by the intensity and duration of the broader economic downturn, which is still unknown.