Will Rooftop Solar Power Systems Thrive in an Economic Downturn

Some people are worried that if there’s an economic downturn, rooftop solar panel installations could struggle. But some solar installers are thinking that it could have the opposite effect.

Will Rooftop Solar Power Systems Thrive in an Economic Downturn 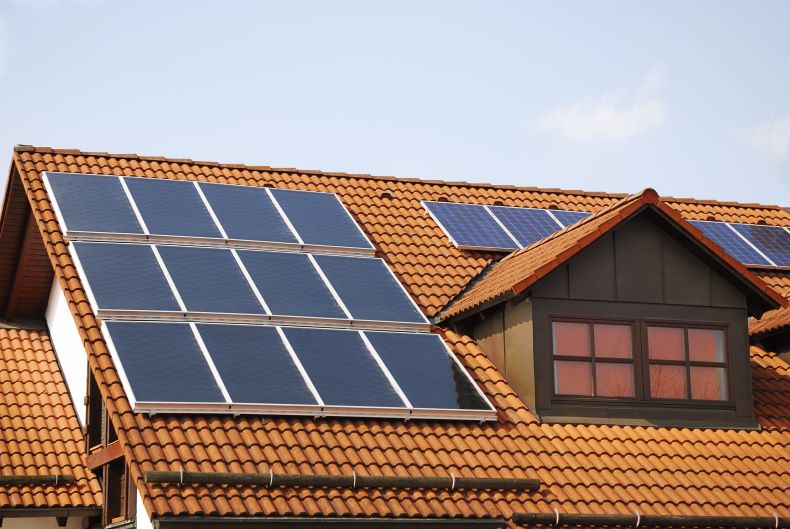 Savvy business leaders must plan for the unexpected even when business is good.

So it was that, when Sunrun briefed investors last month on its record solar panel installations in the fourth quarter of 2019, CEO Lynn Jurich fielded a question from Michael Weinstein at Credit Suisse about what would happen to the solar company if the economy hit a "major recession."

Typically the onset of a recession prompts most people to clamp down on discretionary spending, which makes life harder for businesses pitching nonessential purchases. Since rooftop solar panel installation provides electricity, a commodity that almost everyone in the U.S. already has access to, one might expect new residential solar panels deals to suffer in a downturn.

But Jurich, who runs the leading U.S. residential solar installer, made a different argument: A recession could actually encourage rooftop solar panel sales as a way to save money in difficult economic times.

Since Jurich's remarks, made on February 27, a head-spinning series of events has made the prospect of economic malaise all the more plausible. At the time, Sunrun's stock was trading around $20; as of March 17, it's below $8.

The full impact of the coronavirus on the global economy, let alone U.S. solar companies, won't be known for months or years. Still, with COVID-19 rattling the markets, oil prices taking a nosedive and history suggesting that a decade of growth usually precipitates some sort of fall, it’s worth considering what a downturn would mean for the rooftop solar industry and its current head of steam.

Here’s the full answer from Jurich:

What’s interesting is that, in many cases, we could be a countercyclical product. We are a savings product for the household. Sometimes one of the reasons why customers don’t choose to adopt solar is they are just waiting or they're not compelled to do it now. And so in moments where...savings matter more, it actually can be a reason to create the urgency in the sales process that we don’t always see.

When Jurich calls her solar power product a “savings product,” she’s referring to solar leases, in which customers pay a monthly fee in exchange for Sunrun owning and operating the solar power equipment on the rooftop. This model, which Sunrun helped popularize, lets customers benefit from rooftop solar power production without putting any money down.

Sunrun offers cash deals too, but it maintains an unusually high rate of customers choosing the lease — typically more than 80 percent of the capacity it installs in a given quarter.

That distinguishes Sunrun from a broader trend in the solar industry: As the cost of solar fell and loans became easier to obtain, the market has shifted from third-party-owned to customer-owned, which now makes up about 70 percent of residential deals.

What does history say about solar in a recession?

The easiest way to verify Jurich’s claim would be to see it borne out in practice. But the historical record here is limited because the economy has boomed since the solar industry hit its stride.

Sunrun launched in 2007 with its no-money-down solar-as-a-service product, so it was operating during the Great Recession. “We were growing through the recession with only a lease product offering,” spokesperson Andrew Newbold said.

That’s evidence in favor of the thesis, but it doesn't prove that the recession itself contributed to the growth or that the growth seen at that time could be repeated today.

The modern solar industry was very young during the last downturn and largely focused on early adopters, who are less price-sensitive than today's customers. Sustained growth today requires signing up a lot more people, many of whom need more convincing. The California Solar Initiative had just launched in 2007 to incentivize installations in Sunrun’s home state. That’s no longer in play, and the federal Investment Tax Credit has begun stepping down.

Another challenge in learning from the last recession is that there was a lot less tracking of solar industry performance in those days compared to now.

"Data pre-2010 is so sparse, I don’t think we would be able to draw any reasonable conclusions about how the recession in 2008 affected solar installations," said Bryan White, a solar analyst at energy research firm Wood Mackenzie.

What is clear is that the industry has reached a fundamentally different scale. Prior to 2010, residential solar companies had installed 380 megawatts in the U.S., according to WoodMac's database. Today, that number has grown to 15,808 megawatts — with a record 2.8 gigawatts of solar panel installations last year alone.

Given that transformation, one must be careful extrapolating from the solar industry’s performance in the last major downturn.

Is solar a good way to save money in a pinch?

It’s reasonable to assume that people caught in a downturn will look for ways to cut spending. That could work against solar power salespeople in many cases.

"Any recession will undoubtedly tighten up consumers' disposable income and limit expenditures on high-price ticket items — even for a cost-saving durable," said Austin Perea, also a solar analyst at WoodMac.

On the other hand, most utility costs are baked in: Wi-Fi isn’t getting cheaper, and giving up cell phones would be unthinkable to most people. Solar-as-service offers a rare chance to maintain a vital service — electric power — but lower its cost.

“I agree that monthly cost savings will become a top priority for U.S. consumers and that solar shoppers will be more sensitive about the price they pay for solar, which means they will be doing more extensive research regarding their financing options,” said Max Aram, co-founder and CEO of online marketplace Pick My Solar.

But that desire to save with solar panels could play out differently than Sunrun’s vision.

When shoppers go to Pick My Solar’s marketplace to compare the economics of different options, including leasing or buying outright, only 10 percent end up choosing to lease. That has to do with the overhead involved in running a large leasing operation at national scale versus a lean local installer operation. And loans have gotten a lot more accessible: Even a typical 12-year solar loan now translates to a lower monthly payment than the electricity bill, Aram noted.

If a recession sends the stock market plunging and homeowners look for other places to sink their money, solar panels could check that box.

Are there other reasons why a customer would say no?

The persistent cost of customer acquisition, for Sunrun and its national peers, makes clear that sources of friction remain in the sales process.

One is the weight of locking oneself into a 20-year contract written in dense legalese. If that’s difficult to overcome in good times, it’s hard to imagine people becoming more eager to make long-term financial commitments in a time of economic crisis.

“Energy consumers have to get their electricity from somewhere,” he said. “They can either choose to lock themselves into another 20+ years of rising utility costs or take control over their energy future by choosing to go solar. And with solar service plans, households can get this technology at no upfront cost.”

A backdrop of budget trimming could generate urgency around cost-saving solar deals, as Jurich suggested. But sales reps will have to walk a fine line in how they address a recession in conversation with potential customers. Turning a moment of widespread financial uncertainty into a sales pitch could sound predatory if not handled with appropriate tact, White noted.

Solar companies navigate a similar challenge when pitching solar-plus-storage in the wake of natural disasters that cause painful blackouts. But Sunrun has proven adept at that task, as its recent surge of battery sales in Northern California attest.

The only way to know for sure how a recession affects the solar industry will be to gather new empirical data. If global travel and local businesses remain shuttered or hobbled, that somber and unbidden opportunity could soon arise.