Researchers in the United States proposes a new solar panel design that combines the efficiency of a solar panel with aesthetics. 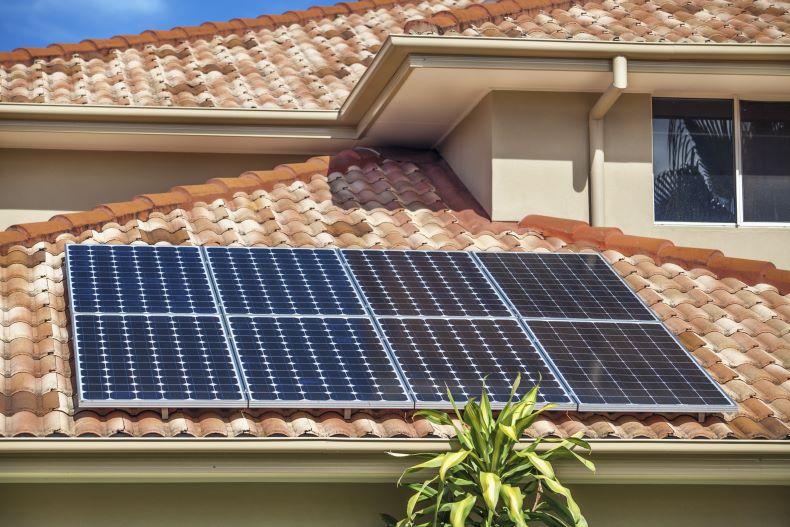 Adopting nature’s fractal patterns for solar cell design is not new in research on photovoltaics. The idea of incorporating fractal tree branches within a solar cell architecture has been investigated for years as a potential solution to enhance the surface area of the photoactive material, enlarge the interface with the cell’s electrodes, and minimize electrical losses.

This can be achieved, in theory, by replacing conventional busbar electrode patterns with fractal patterns. However, this kind of solution is still far from mass industrial production, as it is unable to cope with electrical losses, which in fractal solar panels are still too high compared to traditional solar modules.

The concept of developing fractal PV solar panels has now been resumed, although not in its integral form, by researchers from the University of Oregon. They claim to have developed a hybrid electrode pattern that effectively combines fractal and busbar designs.

“The solar industry adopted the busbar because its so-called ‘multi-layered’ approach of intersecting bars and fingers out-performs simpler, single-layer approaches in its capacity to effectively balance the competing factors,” the researchers said, while noting that their approach maintains the electrical efficiency of a solar panels busbar and adds the superior aesthetics of the fractal pattern.

The research team, which is composed of psychologists and physicists, adopted an iterative process of refining the designs based on their two distinct functions. A series of experimental studies were conducted to observe preferred fractal over conventional busbar patterns, which are said to elicit mainly negative aesthetic responses, and identify the fractal characteristics that maximize this preference.

“For each study, participants were asked to select the image on each page that they found to be ‘the most visually appealing’ by clicking a button presented to the left of the chosen image,” the researchers said.

The data collected from the studies have enabled the scientists to conceive what they believe is a visually acceptable electrode pattern. The proposed pattern is based on the fractal tree structure known as H tree, or T-branching, which is a geometric shape consisting of a repeating pattern resembles the letter “H.”

“This choice was based on ease of manufacture, given that the H-tree is closer in design to busbars than the previously researched patterns,” the scientists said, noting that the chosen pattern is made of perpendicular intersecting lines and is symmetric.

The researchers simulated the electrical performance of a 10cm2 solar cell featuring a 50μm thick aluminum electrode positioned above a 1μm thick emitter layer of n-doped monocrystalline silicon. They claimed that when the hybrid electrode is incorporated into 10cm solar cells, its fractal features are separated by 3mm and can be resolved by observers with 20/20 vision from 10m, which would correspond to panels used in a rooftop solar power system viewed from an adjacent sidewalk.

The hybrid H-tree/busbar pattern, according to the research group, showed power losses that are close to those of standard busbars.

“We hope that our approach of iteratively performing experimental aesthetic studies and electrical simulations to validate new electrode patterns will be adopted for a broad range of applications, especially engineering and design,” the scientists wrote in the study Fractal solar panels: Optimizing aesthetic and electrical performances, published in Plos One.