More Money For the US Solar Energy Industry

The Solar Energy Industry gets $125 million more in funding in addition to new programs for electric cars and energy storage. This funding is expected to help lower the cost of solar and increase the competitiveness of American manufacturing and businesses. 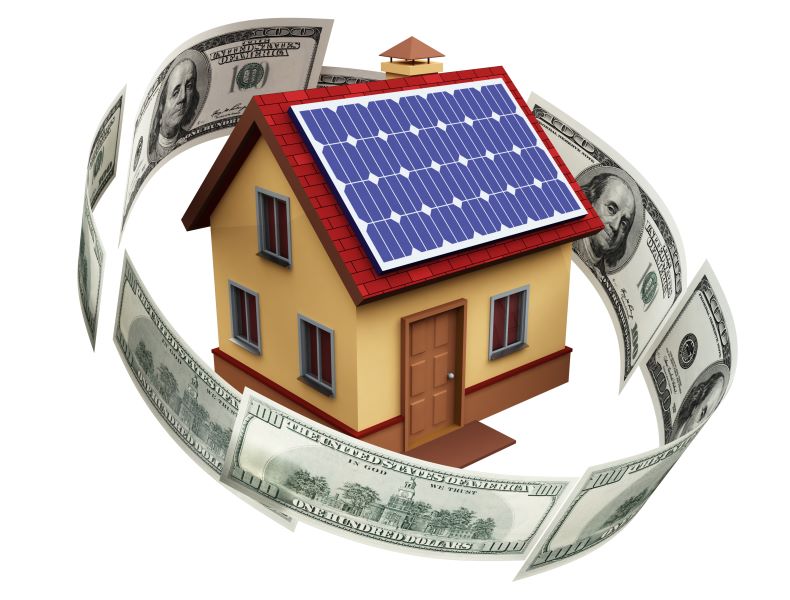 By now it should be crystal clear that all the big things promised to coal miners and their communities have evaporated into thin air, but still. Do they have to rub it in? The answer appears to be yes. A fresh round of $125 million in largess showered on the US solar energy industry by the US Department of Energy is the latest batch of salt being rubbed into the fossil fuel wound.

$125 Million For The US Solar Energy Industry

Recently minted Energy Secretary Dan Brouillette already started off the 2020s with major new programs for electric vehicles and energy storage. The new round of $125 million for solar energy is more icing on the clean tech cake.

“DOE continues to advance research and development of solar power technologies that reduce the cost of solar, increase the competitiveness of American manufacturing and businesses, and improve the reliability of the grid,” said a not-mincing-words press release from the Energy Department’s Office of Energy Efficiency and Renewable Energy.

Brouillette followed up by explaining, “the research and development supported by this investment will build on the technological foundations necessary to continue the solar power industry’s growth and preserve American energy choice, independence, and security. “

All of the above energy strategy! That sure sounds like an idea former President Obama pitched way back when. Oddly enough, all-of-the-above could be the only policy of the Obama administration that the current occupant of the Oval Office has not blown up, so there’s that.

Or maybe, not so odd. As EERE also acknowledges in the same press release, consumer demand is driving the solar panel installation trend along with other clean tech. Apparently, that demand is strong enough to overwhelm the cries for help in coal communities affected by mine and power plant closures — little wonder, given the corporate firepower behind the push for renewable energy.

The new round of funding, like so many others before it, is aimed at pushing down the cost of solar.

Of all the goodies in the new solar energy package, the most exciting one involves the emerging field of agrivoltaics, in which solar panels are placed on farmland that can also be used for grazing, pollinator habitats, and other agricultural uses.

Growing crops under solar panels is also a possibility, considering that the shade from PV solar panels can create a microclimate with a cooling effect, and better moisture retention.

The mechanization trend in agriculture may prove to be among the limiting factors, but that remains to be seen. The new round of funding includes a topic area titled, “Solar and Agriculture: System Design, Value Frameworks, and Impacts Analysis,” with $6.5 million for four (or maybe up to six) projects aimed at establishing best practices for co-locating solar energy and agriculture.

The new dollars dovetail with a “low impact solar” model that the Energy Department has been promoting, with the aim of saving farmland even as massive waves of utility-scale solar panel installations march across the country.

The rest of the funding is pretty much what you would expect, if your plan was to kill off coal and zing natural gas on the way, too.

A $15 million slice of the pie goes to reducing the cost of solar cells and other solar energy hardware. Perovskite solar cells make the cut, in case you were wondering.

Community solar power also gets a nice shoutout, in the form of $30 million for a group of resiliency projects aimed at developing community microgrids that can maintain and restore power.

Not for nothing but the Energy Department supports something called the “National Community Solar Partnership , which has set a goal of 2025 for making community solar available to every household in the US.

Other dollars will go to projects that help accelerate solar energy and energy storage adoption through manufacturing innovations, improved information flow, and AI applications with a particular emphasis on solar power and agriculture.

If anyone out there has a super clever, “innovative and novel” idea for solar energy that can turn over significant results within a year, EERE also has $5 million to spend on 15-20 projects in that category. To submit an idea for either PV or CSP, check out the Solar Energy Technologies Office webinar, coming soon.

Meanwhile, CleanTechnica has caught wind of some interesting agrivoltaic activity under way in the cranberry bogs of the northeastern US.

We’re reaching out to the Massachusetts Cranberry Revitalization Task Force for an update, so stay tuned for more on that.