Capital Dynamics, an asset manager that is headquartered in Switzerland, claims to own seven of the 20 largest solar panel installation in the U.S. The firm has investments in projects adding up to just over 6 gigawatts of renewable energy capacity, the great majority of it located in the U.S. 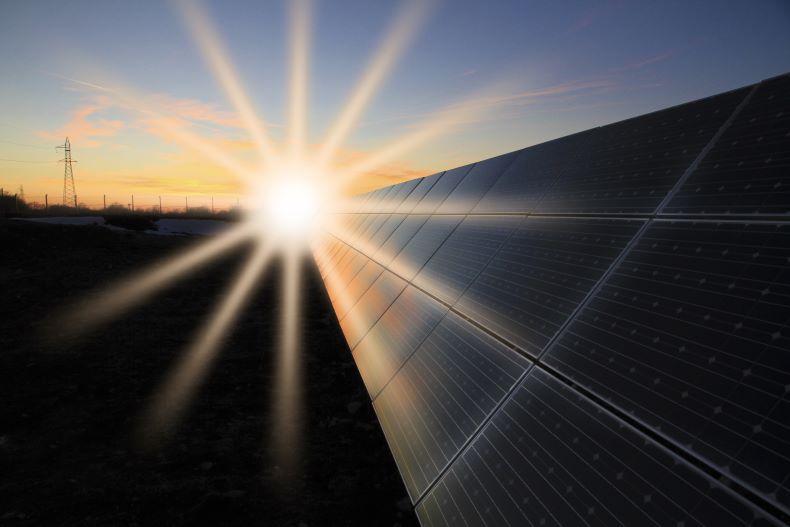 Keeping up with the records being broken in the U.S. solar power industry is a never-ending endeavor, with new low prices and super-sized capacity regularly topping what came before.

One investor in particular has recently made a notable impact: From virtually no role in the American solar power market a few years ago, Capital Dynamics, an asset manager headquartered in Switzerland, says it now owns seven of the 20 largest solar power projects in the U.S.

Founded in 1999, Capital Dynamics has been investing in clean energy for about half that time, says Benoit Allehaut, a managing director with the firm’s clean energy infrastructure team. Originally, the focus was largely on onshore wind, reflecting what the renewable energy industry looked like a decade ago.

Its push toward solar began in 2017, when it invested in 1.1 gigawatts of solar panel installations, including First Solar's super-large Moapa Southern Paiute project in Nevada and California Flats project. Then in February 2018, it acquired 8point3 Energy Partners, the joint yieldco formed by SunPower and First Solar, bringing on another 710 megawatts of solar power.

Today the firm has investments in projects adding up to just over 6 gigawatts of renewable energy capacity, the great majority of it located in the U.S.

Among its most recent high-profile announcements was the purchase of the landmark Eland Solar Project, which will sell storage-backed solar power to the Los Angeles Department of Water and Power at record-low prices.

Capital Dynamics, which claims $16 billion of assets under management, $6.5 billion of that in clean energy, remains "technology-agnostic," Allehaut said. But its evolution toward solar energy was intentional, and probably inevitable, as the cost of solar fell and solar panel installation returns became more secure.

“Not so long ago, solar power-purchase agreements were pricing pretty high," Allehaut told GTM. "Back in 2009, First Solar was selling a single panel for 3 euros a watt. Today, a total system — the entire plant — can be built for $0.8 per watt, possibly even less."

“The cost-competitiveness of solar has improved dramatically, and as a result…solar installations have just boomed.”

The firm infuses projects with equity capital from institutional investors as well as direct loans. Last year, it formed a joint venture with financing for solar and development company Sol Systems that gives it more access to distributed projects.

“There’s much greater certainty for solar than there is for alternative technologies. […] That asset class has much less risk in terms of production of fundamental resource,” he said.

“It’s extremely important for us to focus on assets that have low risk,” said Allehaut. “What we find is that solar as an asset class really meets that criteria.”

Although Capital Dynamics has offices across the globe, including a location on Silicon Valley’s Sand Hill Road, it’s filled out its solar power capabilities with an asset management team of 36 in Scottsdale, Arizona,

As similar cost shifts occur in storage, look for Capital Dynamics to roll more of that technology into its portfolio. The Eland project includes 300 megawatts/1,200 megawatt-hours of storage and a record-breaking price of just under $40 per megawatt-hour for the combined solar-plus-storage power-purchase agreement.

Allehaut said Capital Dynamics now manages about 2 gigawatts of storage, some under construction, and is closing in on a “major contract” with an equipment supplier.

“We are convinced that storage is going to play a huge role going forward in the power grid and, in particular, over time may replace gas peakers and enable a much greater penetration of renewable energy,” said Allehaut.

Capital Dynamics keep its eyes open for new opportunities, but its current emphasis on U.S.-sited solar looks to remain a constant for some time, Allehaut said.

“There’s a lot of demand for [dollar]-denominated assets. It’s generally a very stable regulatory framework,” he said. “You have the right policy at the federal level and at the state level, and the risk-return is quite attractive as an asset class.”

That emphasis on stability contributes to Capital Dynamics' preference for building lasting investment relationships. The firm’s acquisition of the Eland project in California is its fourth with developer 8minute Solar Energy and its fourth with LADWP.

“We like to partner with companies that have a very strong ability to finish development [and] oversee procurement and construction," Allehaut said. That’s the model the Eland project will use, with 8minute staying on and shepherding the project through development."

Though Capital Dynamics prefers to acquire projects after a developer has taken care of early-stage development — allowing it to skip the waiting game associated with interconnection agreements — the firm also does development work in-house when it’s efficient. Last year it announced a Midwestern development partnership with Tenaska that encompassed 14 solar projects in six states.

Capital Dynamics' recent acquisition spree rides on a wave of investment firms and infrastructure funds dropping money into U.S. solar power. The rush of new money has led some in the industry to describe a “frothy” lending landscape for solar energy.

Within that environment, Capital Dynamics aims to position itself as an old standby rather than just another firm chasing a newly hot industry.

“There are a lot of newcomers. What we see is that [solar] is a complex asset class that requires a team with...very broad competency," said Allehaut.

“We welcome the fact that there’s more renewable energy and there [are] more investors, but we’re very, very confident as a platform that our experience, our track record and our scale...make us extremely competitive."