Arizona Public Service committed itself to 100 percent carbon-free power by 2050. The promise includes interim targets of 65 percent clean electricity by 2030, with 45 percent coming from renewable energy, and removing coal from its portfolio by 2031. 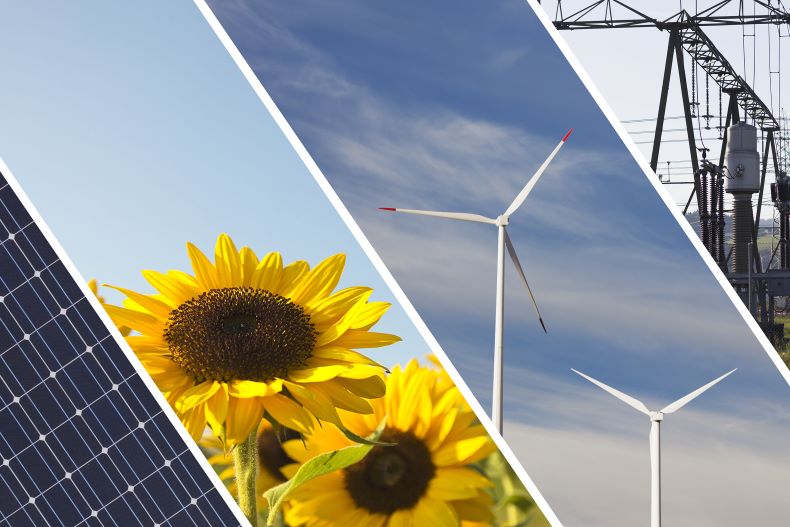 Arizona Public Service, the largest utility in the sunny Southwestern state, committed itself Wednesday to 100 percent carbon-free power by 2050.

The promise includes interim targets of 65 percent clean electricity by 2030, with 45 percent coming from renewable energy, and removing coal from its portfolio by 2031.

With this decision, APS joins a growing list of major electric utilities committing to decarbonize their production. Xcel Energy, which spans eight states in the center of the continent, kicked off the trend in late 2018. It was joined by Duke Energy, New Jersey-based PSEG, DTE Energy and more.

The APS commitment is notable in that Arizona has not passed sweeping climate or carbon policy at the state level. Yet clean energy policy has gained traction in other forums, such as a recent, ultimately unsuccessful ballot initiative and in deliberations at the Arizona Corporation Commission, the elected utility regulatory body.

Acting now, APS can set the terms of the ongoing debate on how to modernize the state's power supply. The utility wants a more open-ended strategy than the renewable energy-only vision others have proposed. But it also has established itself as an early leader in pairing solar power with solar battery storage to make clean energy available during the most valuable hours of the day.

CEO Jeff Guldner told Greentech Media he hopes the plan will inform a "constructive policy dialogue" on how to clean up the grid without sacrificing reliable, affordable power.

"If there ends up being a significant cost increase to consumers, then the appetite for this kind of progress will wane," he said. "If we have a reliability issue, that creates a dramatic impact on transitions like this."

To avoid those potential pitfalls, Guldner wants to maintain "maximum flexibility" on the path to zero-carbon emissions.

The company was motivated to craft the plan, he said, based on input from a range of customers — individuals, businesses, cities and universities — eager to enhance their sustainability.

How to get there

APS gets 22 percent of its power from coal and 26 percent from gas and oil, according to company data. In the carbon-free category, the massive Palo Verde nuclear plant accounts for 25 percent of the mix, renewable energy deliver 12 percent and demand-side management accounts for 16 percent. Additional purchases round out the mix.

The high-level pathway, then, is to eliminate coal, ramp renewable energy and figure out how to replace gas with dispatchable capacity that does not emit carbon.

Guldner, who replaced Donald Brandt as CEO in November, approached this sweeping multidecade endeavor with an appropriate degree of humility.

"We don’t actually know how to get there right now," Guldner said of the end state the utility will work toward.

That's because there has not been sufficient market demand for the technologies that could close the last gap from a carbon-dependent grid to a carbon-free one. By telling the market they will eventually buy such tools, utilities give entrepreneurs and scientists new impetus to develop them.

"We know that there’s almost certainly going to be a need for some dispatchable resources to maintain reliability," Guldner noted. "Let’s get those signals moving so that we can use market-driven methods to drive some of the technology advances."

This argument echoes what Xcel said in announcing its own goal of carbon-free by 2050: "Achieving the long-term vision of zero-carbon electricity requires technologies that are not cost-effective or commercially available today."

In 30 years, technologies such as green hydrogen, natural gas with carbon capture, or seasonal energy storage could be ready to go, Guldner said. In the next decade, the looming challenge is replacing the 1,540 megawatts of baseload power that will disappear when APS exits the coal-burning Four Corners plant in New Mexico.

"If you don’t want to do natural gas, do we have other alternative resources that can provide that and do it in an affordable way?" Guldner asked.

Batteries paired with solar power have already beaten natural-gas plants when APS invited all types of resources to compete to provide evening peak power. The utility has planned an 850-megawatt solar battery expansion to make its large-scale solar panel installation dispatchable, although construction is temporarily on hold pending the investigation into an explosion at a solar battery facility last April.

Xcel pledged carbon-free power just days after Jared Polis won the Colorado governorship on a platform of 100 percent renewable energy. Several utilities making that pledge operate in states that have committed to a carbon-free power system, either by law or executive action.

Arizona has made no such commitment, but the conversation has been heating up in recent years.

Arizonans elect their utility regulators, who typically emerge from the state political landscape. The format makes for livelier regulatory policy than the more staid quasi-judicial bodies of other states. It also gave APS the opportunity to contribute millions of dollars to elect its own regulators, prompting an investigation last year.

Money and electoral politics did not stop the all-Republican ACC from chastising the state's investor-owned utilities for an over-reliance on new gas plants when they submitted their long-range plans in 2018. At the time, APS' plan called for more than 5,000 gigawatts of new gas in the next 15 years, considerably more than projected additions of renewable energy.

The commissioners went further, imposing a moratorium on new gas plant construction, which they renewed in February 2019. They justified it on conservative principles: It would be unwise to commit ratepayer dollars to expensive gas plant investments during a time of rapid technological change, when stakeholders are still debating a systemwide clean energy overhaul.

Even as its planning efforts envisioned massive gas investment, APS found that batteries with solar could outcompete gas plants for five hours of peak power in summer months. Technology was outstripping the multiyear planning exercise.

Also in 2018, Tom Steyer's NextGen Climate Action initiative backed a constitutional amendment on the ballot to raise the state's renewable energy portfolio standard to 50 percent by 2030; the state's utilities opposed it. The measure lost handily. All the while, the ACC has been considering various clean energy overhauls, but it has not yet adopted one.

Now APS has a proposal of its own to guide the debate.

Arizona's booming economy and population allows APS to spread the costs of energy transition over a growing customer base, lowering the effect on individual customers, Guldner noted.

Furthermore, APS wants to work with universities to develop the needed technologies. And it wants to enlist customers to lower peaks in demand, typically driven by air conditioning on hot summer days, that will need to be met with clean energy. Smart water heaters, thermostats and other tools in homes and businesses can shift consumption away from the top hours.