Swinerton Renewable Energy has observed a recurring problem across some of its utility-scale solar panel installations sites. They found that there’s a lot of degrading solar panels due to cheap back sheets.

What is Silently Killing Solar Panels? 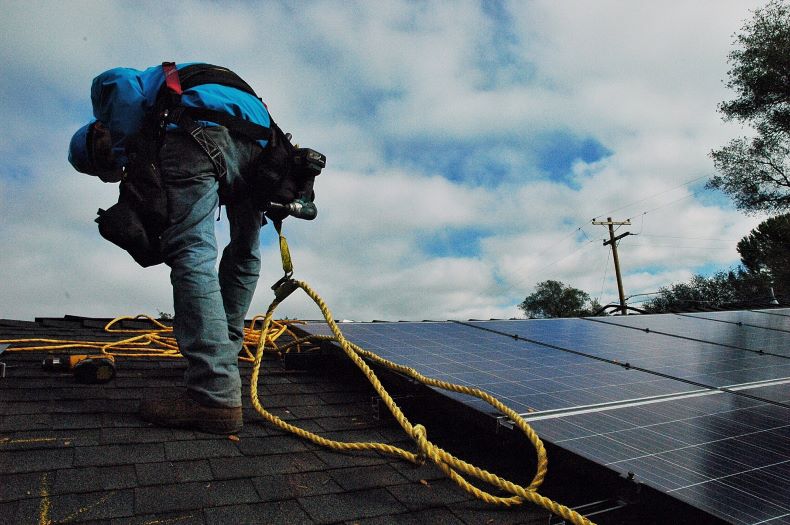 California-headquartered Swinerton Renewable Energy has observed a recurring problem across some of its utility-scale solar panel installation sites. The EPC helped get the U.S. solar energy industry off the ground in the early 2010s and has installed over 4 GW of solar energy nationwide. Swinerton’s O&M division, SOLV, has been tracking solar panel failure on some solar power projects installed during the U.S. boom beginning in 2010. It found these projects experienced accelerated degradation rates due to cheap backsheets sourced by solar panel manufacturers trying to keep up with increased solar module demand.

“Back then, there was an uptick in production of modules because of the need to build solar. They didn’t have enough materials or the originally requested backsheets to put on their modules, so they went to other sources, and the quality of that backsheet was not as good,” said Reegan Moen, business development manager at SOLV. “We’re seeing those module manufacturers who went to a third- or fourth-source backsheet having issues only five years into the project. These should be lasting 20 to 30 years if they use the correct backsheet.”

Backsheet manufacturer DuPont warned of this phenomenon almost four years ago after witnessing accelerated degradation rates during its annual data collection for its Global Field Reliability Study. But now, developers, asset owners, testing organizations and solar panel manufacturers are growing more concerned about the long-term effects of sloppy material choices — namely, what are the quick fixes (if any) and how can this be prevented in the future?

Backsheets are important to a solar panel’s final form. The polymeric material adheres to the backside of a module to provide electrical insulation and protection from outside forces like moisture and UV light. Visible signs of backsheet failure include yellowing, cracking, bubbling and delamination. Once the problem is seen though, it’s often too late. Soon production will drop and the solar module may be at risk of complete failure, not to mention the potential for shock hazards due to leaking electricity.

DuPont has been collecting data on material degradation for almost a decade through field inspections across the world to see how solar panels perform in various climates. The solar company has found backsheet problems on the rise. DuPont’s own brand of polyvinyl fluoride (PVF) backsheet, Tedlar, has the lowest defect rate in the solar power industry after 30 years in service and is commonly accepted as the most reliable backsheet choice.

“Although we are selling backsheet materials in the market, the fundamental reason we are doing [this testing] is to understand how materials, specifically backsheets and encapsulants, degrade in the field,” said Kaushik Roy Choudhury, global technical leader with DuPont. DuPont releases its annual reliability study to make the industry aware of various problems and suggest ways for O&M to be done preemptively to find these degradation areas.

DuPont’s 2019 Global Field Reliability Study showed a 47% increase in backsheet defects over 2018 results. Most concerning is the quick degradation of backsheets made of polyamide (PA), polyethylene terephthalate (PET) and polyvinylidene fluoride (PVDF). Polyamide defects are most prominent in early stages, and, unfortunately, PA backsheets were offered as a lower cost option around 2010 when demand for solar panels was on the rise.

But the problem may not just be associated with solar panels installed at the beginning of the decade. Independent testing lab PVEL does its own module performance tests for downstream customers — developers, financiers, asset owners. The solar company annually publishes a PV Module Reliability Scorecard and in 2019 found that 30% of bills of materials (BOMs) failed at least one test criteria.

Tara Doyle, CCO of PVEL, cites cost pressure as the reasoning behind the continuing trend. As PPA rates come down, manufacturers are forced to do more with less to offer products at competitive prices. In addition to cheaper backsheets, manufacturers may turn to thinner glass and frames, which can lead to other downstream issues.

“The testing that we’re doing is identifying those cheaper materials and the cheaper constructions or the not-as-well-made modules for various reasons,” Doyle said. “Our testing helps those buyers mitigate the risk of selecting cheaper quality products.”

A few years ago, PVEL was overwhelmed by requests to test backsheets in the lab so asset owners knew which solar panels to purchase.

“A number of [asset owners] come and tell us, ‘We’re in panic mode. Our backsheets are cracking in the field at a large scale. How do we mitigate this?'” Doyle said. “We create a test program and then optimize it and make it commercially available to accelerate degradation and produce the results that then help them make better purchase decisions the next time.”

“The next time” — that’s important. For asset owners seeing this issue now, there are few mitigation options besides replacing defective panels. “Band-Aid” fixes have been suggested, but in-field repairs only prolong the degradation.

“When the backsheet goes on the back of a module [during initial assembly], it goes through a high-temperature vacuum lamination process. There are reasons for that. You can’t simply replace that process in the field and slap it on,” DuPont’s Choudhury said.

The best option at this point is replacing modules with faulty backsheets with newer models. Companies will have to invest in the labor associated with re-installing and deal with the concerns around recycling modules, but they won’t be stuck with solar panels with degrading backsheet patches continuing to pull output down. The problem then falls into the solar module manufacturer’s hands, if problems are caught in that (usually) 10-year workmanship warranty window.

SOLV services 6 GW of U.S. solar power system projects — with fewer than 3 GW being Swinerton-built sites — and prepares warranty claims for failing modules. Moen said it’s an easy process when there are identifiable problems. But the difficulty comes when it’s assumed a group of solar panels with the same serial numbers may have issues even though nothing has yet been seen.

“Maybe some of the modules are working now, but when will they deteriorate?” Moen said. “We are in this stage of how do we work with the module manufacturer that this could be a site-wide issue vs. just a few panels? We know that all these came from that time frame, when a third-sourced backsheet was used. How then are the module manufacturers going to address that?”

Solar Power World reached out to a number of solar panel manufacturers and none were willing to go on-record about backsheet failures. Workmanship warranties typically cover defects in design, material and manufacturing that impede the power generation — a description that would include failing backsheets. Solar panel manufacturers are often required then to repair the defective product, refund the installer or replace the product with a new one. Other sources interviewed for this story said panel manufacturers are actively finding ways to mitigate this on-going situation.

Although SOLV, through its millions of data points pulled every few seconds, knows which sites and solar panel brands are showing problems, the solar company isn’t cutting ties with specific manufacturers that have used inferior products.

“It doesn’t make us shy away from those module manufacturers because they recognize that there’s a lot of liability on their side, and they want to continue their relationship with the EPCs,” Moen said.

“[Module manufacturers are] submitting to us products that they believe will pass these tests, so when they don’t pass, it’s certainly a wake-up call to the manufacturers that they need to go back to R&D to either construct a better product or source better materials,” she said.

That’s why PVEL suggests panel buyers use its annual solar module performance scorecard not as a top performer list, but instead as a look at the performance of specific bills of materials.

“Every model number [of a module company’s line] could be comprised of many different bills of materials. That’s why it’s really important to look at the scorecard as a starting-off point and do a deeper level of diligence on which bills of materials did really well in testing,” Doyle said.

“Owners, developers have the right to specify certain materials or exclude certain materials that have had failures in the field,” he said. “Module makers have quite a few materials already qualified, but unless asked, they will not offer it. So, the sourcing-of-material stage is absolutely important. It’s as important as the financial modeling.”

Large contractors have already placed more attention on detailed BOM requests, but all solar customers have the right to specify what they want.

“Anyone buying modules can have the option to be quality-minded and look for products that are going to last,” Doyle said. “If you’re a residential homeowner, ask your installer where these modules are coming from. Force that upstream or up the chain of diligence so you make sure that only quality products are being installed in the field.”

Moen said Swinerton and other asset owners are trying to be proactive to make better future choices. Swinerton already ensures the BOM is clearly defined when modules are bought — down to specific glass, frames, diodes, wires and — now especially — backsheets.

“We want companies that use a proven backsheet that has a warranty and a track record of quality product in the field,” Moen said. “We want to ensure all modules are using that.”