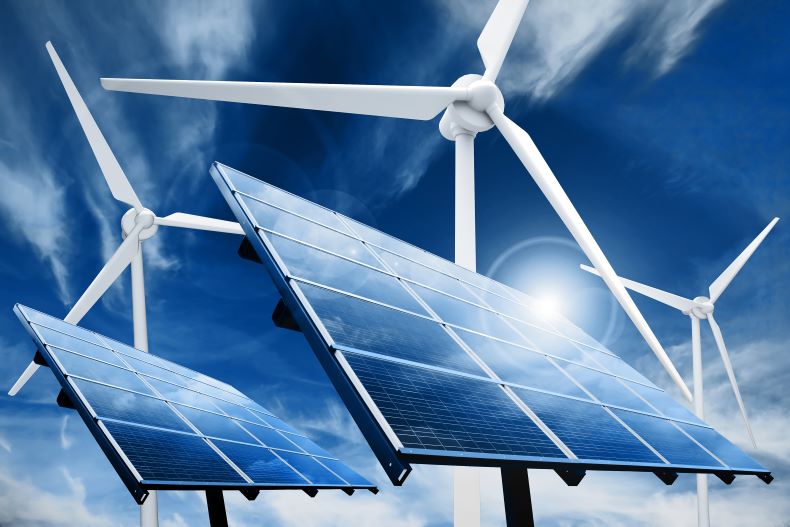 The U.S. would need 1,500 GW of utility-scale solar power and 500 GW of rooftop solar panel installations to reach 100% sources of renewable energy by 2050, according to a plan developed by Stanford engineering professor Mark Jacobson and seven co-authors. The solar battery capacity of 3,300 GW would balance solar power and wind power — helped by 512 GW of annual average flexible load.

Several states have adopted a policy goal along the lines of 100% sources of renewable energy by 2050, yet the Stanford plan would go further by electrifying all transportation and heating. Flexible load to help balance variable sources of renewable energy would include use cases for storing cold, storing heat, demand response, and production of hydrogen for use in trucks powered by fuel cells.

The authors say “we must stop” 80% of fossil fuel emissions by 2030 to avoid 1.5°C global warming, citing a previous study. Reaching 80% of the plan’s ultimate U.S. solar energy target by 2030, starting from the current level of about 75 GWdc, would require a 36% compound annual growth rate in solar panel installations, based on a DC-AC ratio of 1.33. That 36% rate is notably more aggressive than the 18% annual growth targeted by the Solar Energy Industries Association.

Reaching 80% of the Stanford plan’s ultimate 3,300 GW of solar battery capacity by 2030, starting from the current U.S. level of 1 GW, would require a compound annual growth rate of just over 100%. That compares with an Energy Storage Association post quoting Tom Leyden, Senior Director of EDF Renewables North America, saying, “Over the next 3 to 5 years, you’re going to see tremendous growth” in storage, as “some of the consultants figure there’ll be a 14 times growth over the next four or five years,” with the 3-year timeframe representing an annual growth rate in installations of 100%.

Consumers would save 64% on their annual energy costs in 2050 under the plan, compared to a “business as usual” scenario, due to low-cost solar panels and wind power, plus savings from energy-efficient heat pumps, electric vehicles, and fuel cell vehicles. Savings when counting avoided deaths and illness from air pollution, and climate benefits, are greater—with costs 87% lower than the “business as usual” case.

The roadmap, which consists of plans for each region of the world, would need “only 0.17% and 0.48% of land for footprint and space, respectively” on a global basis, say the authors.

To conduct their analysis, the Stanford researchers used the LOADMATCH model, which “matches the variable supply of energy with variable demand, storage, and demand response … every 30 seconds in each region from 2050 to 2052,” as illustrated in this complex set of graphs, which the paper explains:

The Jacobson paper, “Impacts of Green New Deal Energy Plans on Grid Stability, Costs, Jobs, Health, and Climate in 143 Countries,” was published in the journal One Earth and is also available as a PDF.