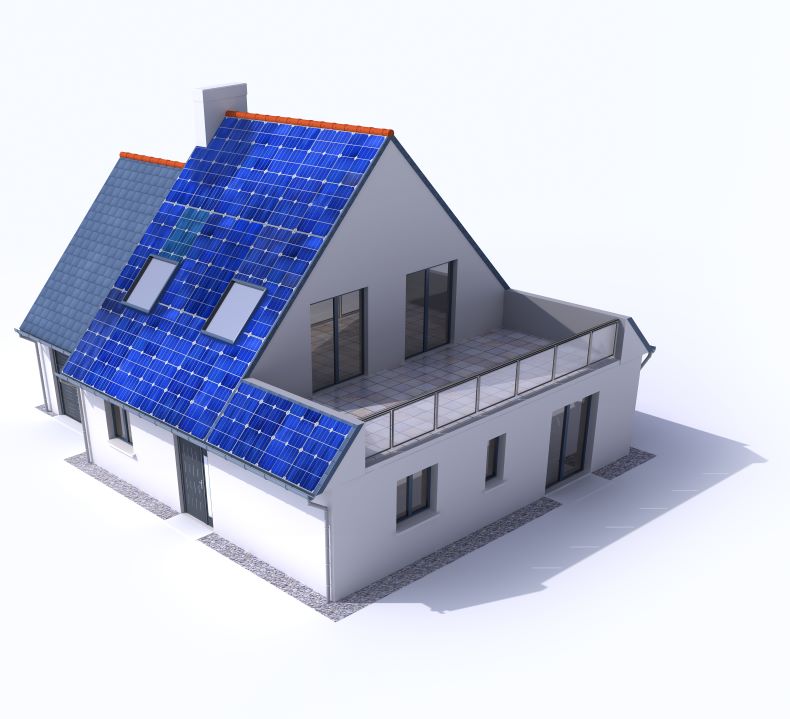 Though the ITC has provided foundational support to the solar power industry across all segments, several states have gone further to provide additional in-state solar incentives for homeowners to purchase a solar-powered system. Ranging from the early days of the California Solar Initiative to New York’s Megawatt Block program and the establishment of numerous lucrative SREC markets in the Northeast, these regions have benefited tremendously from supportive state-level solar policy and solar incentives.

Unsurprisingly, this also means that to date, most growth in residential solar panel installations have been concentrated in a handful of state markets that offered additional solar incentives. Looking at cumulative residential solar panel installations, a mere five states account for a full two-thirds of national installed capacity — all concentrated in the aforementioned regions that provided state-level policy support for rooftop solar panels in the last decade.

In particular, the “Big Five” have historically been California, Arizona, New York, New Jersey, and Massachusetts.

But while the growth story of the last decade has centered around federal and state-level policy support subsidizing rooftop retrofit solar panels, the next decade of solar growth will have much more diverse demand drivers as the ITC steps down and legacy markets reach higher saturation levels.

With the decade ending, we’re beginning to see glimpses of the future composition of the solar power market.

Instead, these legacy markets were supplanted by a handful of newcomers like Florida, Texas and Nevada — states with a markedly different profile than the legacy markets that have driven growth to date.

These markets — and the comparison to legacy markets — are worth examining to better understand the future of residential solar energy demand over the next decade.

First, unlike the Northeast, these emerging markets do not have robust state-wide incentive programs. Further, while these states do allow net metering in some capacity, Texas only has net metering if individual utilities choose to provide it. Meanwhile, Nevada has a net billing mechanism with export credits that are below the full retail rate, leaving Florida as the only one of these three emerging markets with state-wide retail rate net metering policy.

In short, these states are seeing growth despite limited solar incentives and a less favorable solar power policy environment.

Secondly, these states also have much lower electricity rates than legacy Northeast markets, ranging between 12th and 16th lowest retail electricity prices in the U.S. in 2019, according to Wood Mackenzie data. In contrast, three of the five legacy state markets have the first, second, and fourth highest electric utility rates in the country. This is important because rooftop solar panels needs to be much more cost competitive in these emerging state markets to enable solar adoption, though it bares mentioning that solar panel installations costs are lower in these markets as well primarily due to cheaper labor.

If the last decade of solar power growth was driven by early adopter states with high retail rates and robust solar incentives, the next decade of growth is going to be driven by a new set of states where the increasing economic competitiveness of solar as an unsubsidized resource is the driving force behind demand. And with low market penetration across key emerging markets, there is plenty of headroom for growth.

This is not to say that legacy state markets are going anywhere. While the Northeast will cease to grow as quickly as it has in previous years, the region will still provide steady solar panel installation volumes throughout the next decade. But saturation levels appear to have reached their limit given current system pricing trends — and this is not expected to change for quite some time.

Even with an average 4 percent annual solar-powered system cost decline for the next five years, the phase-down of the ITC from 2020-2022 means that — barring disruptive innovation to the customer acquisition process — pricing to customers will remain stagnant into the mid-2020s. Combine that with the fact that all legacy markets are either undergoing a dramatic shift to their incentive programs and/or their bill crediting mechanism, and legacy markets face substantial — though not insurmountable — headwinds over the next few years.

With all that said, it would be a mistake to think that geographic diversification is the only demand driver likely to evolve going into the next decade. In almost serendipitous fashion considering its status as the most significant legacy market, California happens to be leading in both of these trends.

Though we’re still in the early days of ramp-up for mandate compliance, one thing is very clear — new home solar changes the equation for customer acquisition, which remains the highest category in the residential cost stack. While there are many additional hidden costs for developers in the home solar-powered system space, new home solar-powered systems presents a new opportunity to acquire customers by including the purchasing decision in the home buying process. Unsurprisingly, legal mandates provide upside to our forecasts.

While it's currently unclear if this is a long-term trend, if these events continue it only provides fodder for solar installers and greater solar incentive for ratepayers to seek resiliency options such as solar panels and storage.

Bringing it all back home

Looking to the 2020s, diversification will be the defining feature of residential solar power as new geographies beyond the states highlighted here surpass grid parity. But diversification will not end there. If additional states pass new home solar panel installation mandates, the way in which solar power is sold is set to shift in a monumental way.

Further, if extreme weather events continue to drive consumers toward resiliency options such as solar plus storage as they have in California, a pure economic decision-making process based on payback period may cease to be the primary buying rationale for customers. And in that scenario, there is significant upside opportunity for residential solar-powered systems.

Amidst all the change however, one thing is clear: residential solar-powered systems are becoming a mature industry as it enters the new decade.