The latest figures for off-grid solar-powered systems sales indicate a market which continues to experience robust growth across Africa and Asia, with 680,000 solar-powered systems sold in the first six months of the year and 2.8 million solar lanterns taking the cumulative sales of such devices past the 1 million mark. 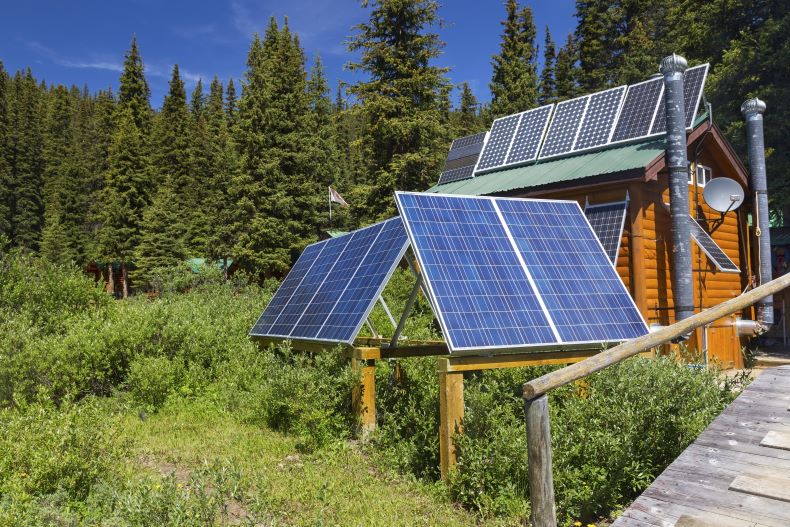 Those were among the headline findings of the latest of the biannual Global Off-grid Solar Market Reports published by industry association Gogla and the World Bank Group’s Lighting Global program. The latest statistics illustrate booming sales for products including solar power lanterns, single PV solar panels and home solar panel installations with a generation capacity of 100 W or more.

The six-month figures included the sale of 600,000 multi-light installations. The report’s authors state more than 40 MW of cumulative off-grid solar panel system capacity was sold during the six months as 4.1 million off-grid solar power products were installed during the period.

East Africa remains the off-grid industry’s most important market and was the destination for 1.74 million units in the first half. South Asia has become the second biggest market, with 1.16 million units shipped during the period, although pay-as-you-go (PAYG) financing is virtually non-existent outside Africa. Other African and Asian markets lag far behind, with sales volumes ranging from 120,000 in central Africa to 410,000 in the Middle East and North Africa.

From laps to modules

The most popular items sold in the first half had a power rating of up to 3 W, indicating solar power lanterns, with 2.7 million shipped. Such small units are far more likely to bought for cash with larger, more expensive solar-powered systems requiring pay-as-you-go finance and the figures bear that out with PAYG paying for 3-100 W systems. Off-grid solar-powered systems larger than 100 W were mostly funded in cash as they are usually targeted at small businesses, more able to afford the one-off expense.

In growth terms, systems with 50-100 W output leaped from $23 million sales in the second half of last year to $62 million in the latest window.

Gogla and Lighting Global estimate an astonishing 280 million people have benefited from off-grid solar panel systems since 2010, with around 110 million currently using them because of their limited lifespan. That adds up to $4.9 billion in additional income generated by such devices for their owners, the latest report claims, with $10.5 billion of energy savings recouped since 2010 and around 2.7 million people using an off-grid solar energy device to support their business.

Within the overall success story there are regional differences, dependent on local factors. For instance, the Kenyan off-grid solar energy market has witnessed 45% PAYG growth since the second half of 2018, buoyed by a supportive regulatory environment and expanding network of off-grid solar agents. By contrast, the market in Tanzania almost halved during the same period, with a lackluster commercial environment, customs checks delaying imports and lack of legal clarity about PAYG microfinance cited as problematic.