In the midst of PG&E shutting down the grid for thousands of homes in California and the power may not come back on for days. But the homes with solar-powered systems and residential energy storage systems are keeping their homes powered. 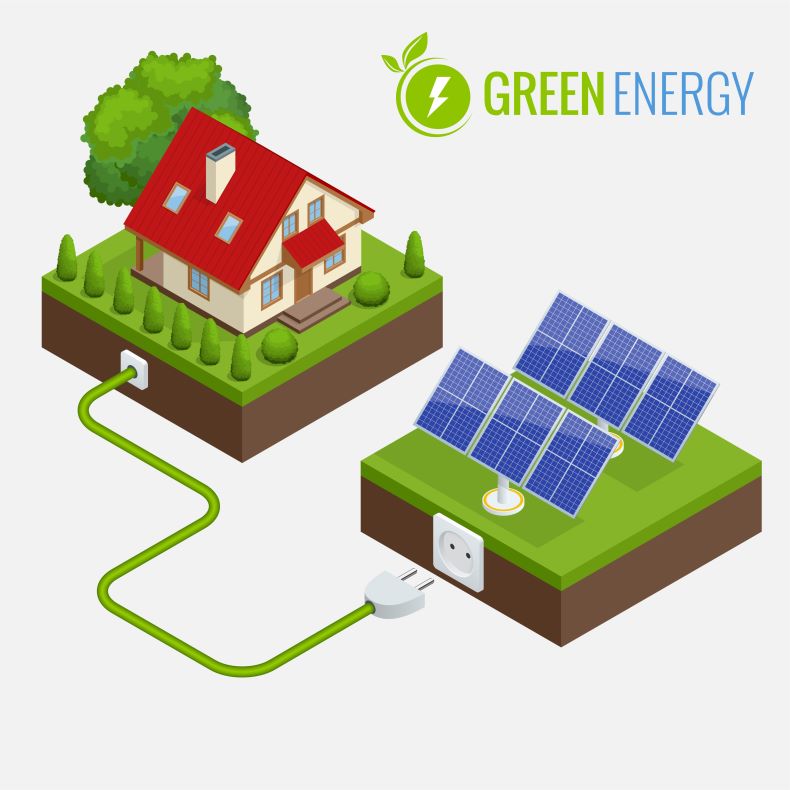 Hundreds of thousands of homes in California lost power early on Wednesday as windy, dry weather increased the risk of fire, prompting the electric utility, PG&E, to shut down the grid to avoid any chance of the type of power-line accident that sparked the deadly wildfire in the small town of Paradise less than a year ago. It may take days for the power to come back on. But at some homes, solar panels and residential energy storage systems are keeping the lights on.

“Between the solar and the batteries, we could go on indefinitely as long as there’s some sun,” says architect Richard Schuh, who lives and works in the hills north of the town of Sonoma in an area without power. He and his wife now rely on a Tesla Powerwall connected to the solar panels on their roof. They decided to install the system after a major fire in 2017 blazed through their property, sparing their house but taking out power for three weeks.

“We had solar the whole time, but the solar was shut down because it’s connected to the grid,” he says. “So we weren’t able to use that even though it was still generating power.” They installed the battery earlier this year. When the utility warns that it may need to cut off power, the battery gets an alert so that it can automatically fully charge in advance. When the grid is down, the system operates independently, continuing to store power from the house’s solar panels.

“When the grid goes down, everything shuts down with it,” says Anne Hoskins, chief policy officer at Sunrun, a solar company that sells solar power systems and home batteries. “But when you have the batteries and the solar panels and the inverters, we’re able to essentially create a little microgrid for the house so that the house can continue to receive solar power during the day. And then solar power can be stored in the battery as well, that could then be used in the evening when it’s dark.”

When the grid operates normally, batteries manage how solar panels send power back into the grid, helping provide power when demand peaks. That means that a homeowner can save money on electric bills since the utility charges more when demand is highest. “It provides value, not just during an outage but actually allows you to take advantage of off-peak electricity rates all year round,” says Dan Lashof, a homeowner in Berkeley who uses a Powerwall battery with a home solar-powered system.

As more people install batteries, that can also help reduce the risk of fire by easing stress on transmission lines. “The more people that we can get engaged in helping to provide energy at what we call the ‘edge of the grid,’ the less has to be transported through forest areas and over system distribution and transmission lines that we know are really in need of repair,” Hoskins says.

In some areas, it may make sense to eventually install larger community microgrids that provide solar and battery power for multiple buildings. “In California, I think there’s probably an incredible amount of opportunity for communities to self-power,” says Christopher Burgess, a project director at the nonprofit Rocky Mountain Institute, which has worked on building solar microgrids in the Caribbean. At the moment, he says, the cost of the technology means that it’s economical to use sources renewable energy for some power, but it still makes sense to stay connected to the grid. But microgrids could potentially become fully independent in the future. “I could definitely see a future where the transmission lines are just so long and so problematic, and it gets more and more dry due to climate change, and those things just become so much of a vulnerability that it’s actually better just to ‘island off’ certain communities,” he says.

For individual homeowners in California who are trying to figure out how to deal with losing power more frequently—sometimes for as many as eight days in a row—some may consider standard backup generators. But Schuh says that in the last major power outage in his neighborhood, some of his neighbors quickly used up fuel; solar power and batteries can continue to work without the need for more supplies. Generators also pollute. “The last thing we want right now, when we’re facing these disasters largely because of the climate crisis, is to be exacerbating the climate problem,” says Susannah Churchill, California director of the nonprofit Vote Solar. “And sending a whole lot of particulate matter into the air and harming public health with thousands and thousands of new backup generators, running during times of power outages and disasters.”

Critical community facilities—from schools to hospitals and fire stations—could also begin to rely on solar and battery storage systems to keep running when the grid goes down. In the Bay Area, some schools closed on Wednesday. Some people couldn’t work. In Santa Rosa, where a fire burned entire neighborhoods in 2017, fire stations lost power in the current outage. California could learn some lessons from Puerto Rico, where some critical infrastructure added solar microgrids after Hurricane Maria. One California-based disaster relief center now uses a Tesla battery and solar power to ensure that it can continue operating when the grid is down.

“I think that Californians are realizing that we’re facing this new abnormal which isn’t going away, where climate-related disasters, including fire risk, are just a part of the landscape now,” says Churchill. “And so people are really thinking about how they can make themselves more resilient.”

This year, the state passed a new subsidy to encourage low-income and disadvantaged households in high-fire-risk neighborhoods to install batteries. Now, Churchill says, it makes sense for the state to do even more. “We’re encouraging state policymakers to really prioritize providing funding both to make it more affordable for customers to install resilient, clean energy onsite, but also outfit our critical facilities all over the state with resilient, clean energy,” she says.

Design your own solar array in California using the HaHaSmart design DIY tool and see how much it will cost using the price checker tool.