California State Regulators have proposed a set of responses of what can be a looming grid reliability shortfall in Southern California, which includes a 2.5-gigawatt reliability resources procurement between 2021 and 2023. The procurement may open a massive new market for sources of renewable energy, solar energy storage, demand response and other preferred alternatives to fossil fuels.

State regulators have proposed a major set of responses to what could be a looming grid reliability shortfall in Southern California, including a 2.5-gigawatt reliability resources procurement between 2021 and 2023. 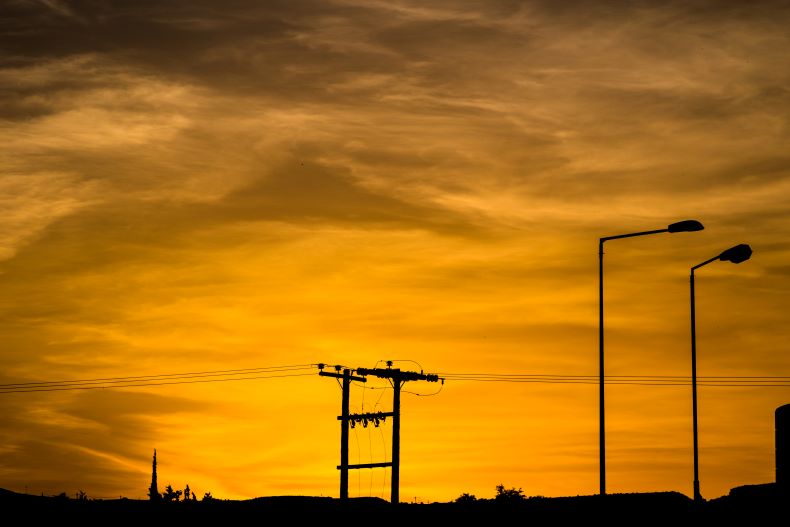 Although the proposed ‘all-source’ procurement would allow existing natural gas-fired peaker plants to compete, it could also open a massive new market for sources of renewable energy, solar energy storage, demand response and other preferred alternatives to fossil fuels.

The proposal could also allow hundreds of megawatts of seawater-cooled gas plants, known as OTC plants, to keep running past their 2021 retirement dates, if the reliability shortfall it fears can’t be met by other means.

Thursday’s proposed decision from the California Public Utilities Commission (PDF) is the culmination of more than a year of study and debate over the state’s grid reliability needs, as part of its Integrated Resource Plan proceeding. Specifically, it’s focused on Southern California, where a combination of nuclear power plant closures, natural gas system constraints, the coming closure of OTC plants along the coast, and projections of tightening conditions for capacity available for import from other states, has led state grid operator CAISO and utility Southern California Edison to project gigawatts of reliability shortfalls by 2021.

Not all parties agree on the significance of the coming grid reliability threat, and the CPUC and CAISO are continuing their analysis, Thursday’s proposal noted. Even so, “given the imminence of the 2021 system reliability needs, there is not time to complete that analysis, allow additional input and vetting from parties, and still have procurement take place in time to meet a potential shortfall in the timeframe of Summer 2021,” administrative law judge Julie A. Fitch wrote in Thursday’s proposed decision.

In that light, ordering an all-source procurement, backed by extending the lives of OTC plants, represents a “least regrets” strategy, “since electricity shortages would most certainly lead to regrets,” she wrote.

Southern California Edison, the investor-owned utility responsible for nearly 70 percent of the load in the grid region under consideration, will be responsible for the lion’s share of the procurement, or 1.75 gigawatts by 2023. But a significant portion of it will also fall to the region’s community-choice aggregators (CCAs), the city and county entities that have taken energy procurement for a small but growing share of the utility’s customer base.

The biggest is the Clean Power Alliance of Southern California, formerly Los Angeles Community Choice Energy, which has been adding cities across L.A. and Ventura counties. The CCA is now responsible for about 14 percent of load in the region, and will be responsible for 357 megawatts of procurement by 2023. Five other, much smaller CCAs will each need to procure between 5 to 17 megawatts apiece by 2023.

Finally, about 14 percent of Southern California Edison's load in the region is commercial and industrial customers being served by electricity service providers (ESPs) under California’s limited direct access program. These providers will be responsible for 355 megawatts of procurement by 2023.

As we noted in a July article in GTM Squared, stakeholders in California’s IRP proceeding have pushed for a variety of solutions to the possibility of a coming reliability shortfall in Southern California. Solar power industry groups have pushed for new rules that would better value “hybrid” solar-plus-storage systems as part of this and other CPUC proceedings.

The California Community Choice Association (CalCCA) initially opposed adding a procurement, based on its concerns with the methods that went into the forecasts it’s premised on. Those include changes to how CPUC calculates the effective load-carrying capacity of utility-scale solar farms being built by developers under power purchase agreements with CCAs — changes that could, in effect, de-rate how much solar power is determined to be worth to the grid during different times of the day, week, and year.

But the CPUC deferred to the urgency of CAISO, which projects shortfalls of at least 2.3 gigawatts by 2021, and 2.2 gigawatts in 2022, and of Southern California Edison, which offered the even more dire prognosis of as much as 5.5 gigawatts of shortfall by 2023, given the retirement of OTC capacity.

On the issue of picking utility-owned versus third party-owned assets, the CPUC offered few details, beyond saying that Southern California Edison may “propose to own a portion of the resources to be procured,” but that it must “adhere to the existing rules about utility participation in utility-run solicitations.” While existing resources will be allowed to compete in the all-source procurement, projects already under contract or proceeding under other programs are ruled out.

The proposal follows a string of unusual orders from the state's regulator to deal with the ongoing reliability crises for Southern California’s power grid.

It started with the forced closure of the San Onofre nuclear power plant in 2013, which led the CPUC to order Southern California Edison and neighboring utility San Diego Gas & Electric to conduct a first-ever procurement of distributed energy resources such as solar energy, solar power batteries, demand response and energy efficiency to help meet the resulting capacity and reliability shortfalls by decade’s end — although the CPUC also allowed both companies to build new natural gas plants as well.

The forced closure of the leaking Aliso Canyon natural gas storage facility in 2016 forced the CPUC and utilities to respond much more quickly to the possibility of running short of fuel for peaker plants during summer months. The fast-tracked battery procurements ordered to fill the gap were able to supply nearly 100 megawatts of energy storage from Tesla, Greensmith Energy and AES Energy Storage within less than a year, and Southern California Edison and Southern California Gas also launched big demand response programs with Google’s Nest and tens of thousands of its customers in the region.

CCAs have also been inking solar energy and solar power storage contracts at a rapid clip — albeit almost exclusively amongst the older and larger CCAs in Northern California. Silicon Valley Clean Energy and Monterey Bay Community Power signed a joint deal with Recurrent Energy in October for a 150 megawatt solar plant with 45 megawatts/180 megawatt-hours of batteries, as well as a deal with EDF Renewables North America for 128 megawatts of solar power with 40-megawatts/160-megawatt-hours of pv batteries.

And East Bay Community Energy in Alameda County has contracted for a 20-megawatt/80 megawatt-hour battery from Vistra to replace a jet fuel-fired peaker plant, behind-the-meter battery solar-powered systems from Sunrun to provide a half-megawatt portion of its future RA needs.

But because the looming capacity shortfall is concentrated in Southern California, the CPUC isn’t asking northern California CCAs, or bankrupt utility Pacific Gas & Electric, to participate in this procurement.