Solar power storage is getting bigger in Los Angeles. Los Angeles' municipal utility unanimously approved the contract for the cheapest solar power and energy storage project in the U.S. on Tuesday.

Los Angeles' municipal utility unanimously approved the contract for the cheapest solar power and energy storage project in the U.S. on Tuesday. 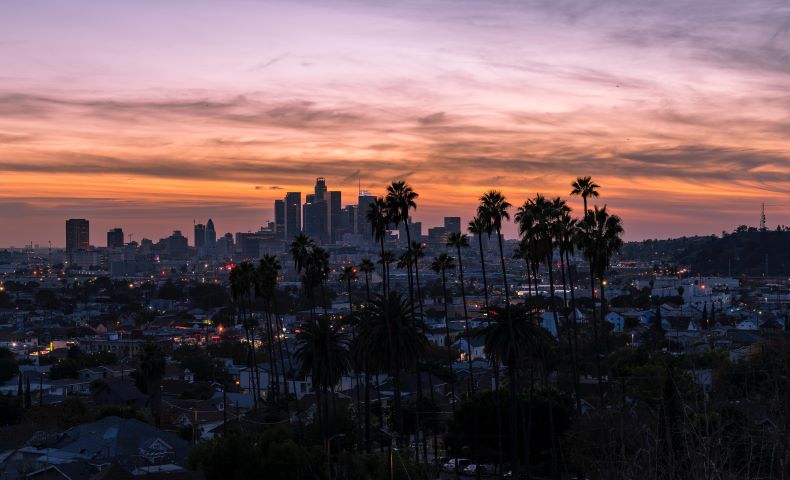 The 400-megawatt Eland project, developed by 8minute Solar Energy, failed to pass a late-August vote by the L.A. Department of Water and Power’s Board of Commissioners. The utility union had expressed concerns about the project, part of Mayor Eric Garcetti’s clean energy overhaul, which union leadership has strongly criticized.

In the two weeks since, 8minute worked with relevant parties to guarantee that it will build the project with union labor under a project labor agreement. The additional dialogue satisfied the commissioners who were unwilling to move forward last time.

The possibility of the project's ultimate rejection galvanized local clean energy activists, who filled the meeting room to overflowing and contributed to 45 public comments on the matter.

“Today was a big win for the city of Los Angeles, the people of California and the renewable energy industry as well," said 8minute Director of Marketing Jeff McKay in an email. "The project offers a glimpse of the future, with zero carbon sources providing energy cheaper than fossil fuels to households throughout Los Angeles and the San Fernando Valley — at the lowest combined solar and storage prices on record."

The vote, if followed by the approval expected from city council and mayor, allows 8minute to mobilize construction before the end of the year, crucial for capturing the federal investment tax credit and enabling the hyper-low pricing. It also resolves, at least temporarily, a tension between organized labor and the clean energy mobilization that would shutter fossil fuel jobs and replace them with clean energy employment.

LADWP is the largest municipal utility in the U.S., serving more than 4 million people.

"The movement toward a clean energy future is not incompatible… with our other commitments to social justice, to labor and the intersectionality of all the community ideals we are here to address," said Commission Vice President Cynthia McClain-Hill, noting that the concerns that prompted her earlier 'no' vote had been resolved.

The day kicked off with an activist rally in favor of the solar project on the causeway spanning the moat around LADWP's headquarters, located imperiously on the high ground of L.A.'s Bunker Hill neighborhood.

The cause drew supporters of the Green New Deal sporting T-shirts for the Sunrise Movement and presidential candidate Bernie Sanders, as well as those fed up with southern California's fossil fuel infrastructure after the disastrous 2015 Aliso Canyon blowout.

The meeting commenced on the tower's top floor, surrounded by a panoramic view of the metropolis. After viewing a 10-minute documentary portraying a deep sea cable grounding installation in exquisite detail (until buffering issues intervened), and a lively discussion of urban drinking fountain deployment, the commissioners called for public testimony. Almost every one of the 45 citizen commenters urged approval, echoing the opinion of City Councilmember Paul Koretz.

"Not doing this could be the missed opportunity of a lifetime," he said at the start of the meeting.

The commenters repeatedly stressed that they support both organized labor and massive clean energy adoption. Eland offers a relatively straightforward example of that collaborative approach, as the construction will employ union labor in Kern County.

"They can see where we need to go and how we can bring those workers along, what the transition really looks like," she said in an interview.

Back in L.A., IBEW Local 18 leader Brian D'Arcy has challenged the mayor's Green New Deal push as unrealistic and bad for union jobs. Shutting down gas power plants will eliminate the need to operate those plants, although the mayor's office has said nobody will lose their jobs in the transition. D'Arcy could not be reached for comment in time for publication.

The nature of the concern with Eland, though, was hard to pin down. Commissioner Jill Banks Barad asked LADWP's interim general manager Martin Adams what, exactly, had been worked out since last time.

"We needed to sit down and make sure we touched base on all those issues," he said. "I feel as comfortable as I can. We’re ready to move ahead."

With those assurances, the commissioners unanimously approved the solar contract.

The two sections of Eland will total 400 megawatts of solar power combined with up to 300 megawatts/1,200 megawatt-hours of energy storage.

"With storage, the effective capacity factor is in the 60 percent range, so it is able to power California for a big portion of the day and eat into peak load," said Colin Smith, solar analyst at Wood Mackenzie Power & Renewables.

That serves Garcetti’s Green New Deal strategy, filling some of the gap in evening power supply that will ensue when L.A. shuts down coastal gas-powered plants. Solar power alone cannot supply electricity for the high-demand evening hours, but batteries make that possible for a limited time.

Energy storage adds to the price of a solar project. 8minute nonetheless offered a combined rate of less than $40 per megawatt-hour for a 25-year contract. Analysts say that's a record low for this type of facility.

"California needs projects like this to progress towards 100 percent clean power," Smith said. "The question then becomes how fast can California adopt more solar-plus-storage like this before it needs either wind or longer duration storage to meet all energy needs."