Residential Storage Shines in the Second Quarter of 2019

Storage for solar panel installations broke records in the first quarter of 2019, but the solar power storage market slowed down in Q2. After delivering an all-time best of 149 megawatts in Q1, deployments dropped almost in half to 76 megawatts in the subsequent quarter. Residential solar energy batteries however have been the shining star of the second quarter, while the utility storage for solar panel installations has decreased.

Residential Storage Shines in the Second Quarter of 2019

Coming off record storage for solar panel installations in the first quarter of 2019, the U.S. market slowed substantially in Q2, although the long-term picture remains unchanged. 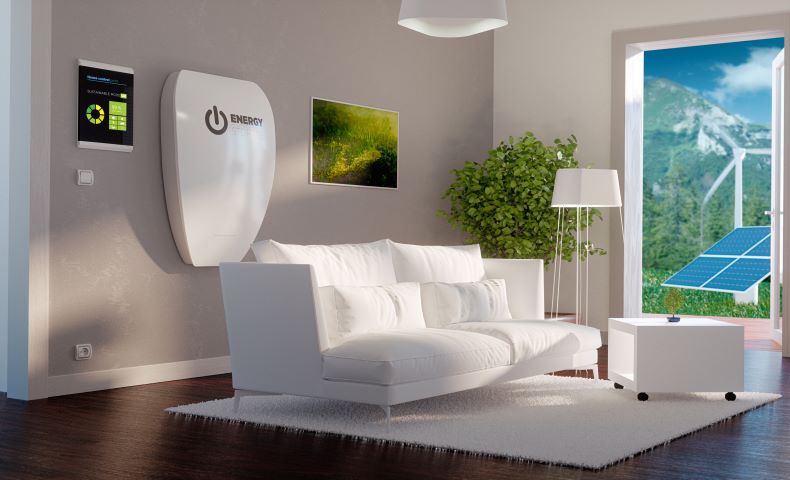 After delivering an all-time best of 149 megawatts in Q1, deployments dropped almost in half to 76 megawatts in the subsequent quarter. Slow activity in the utility-scale and commercial and industrial markets hampered growth,

At the same time, the residential solar power market had its best quarter ever, according to the new Energy Storage Monitor from Wood Mackenzie and the Energy Storage Association.

The overall quarterly slump does not change the propulsive growth trajectory the storage industry will follow in the years to come, according to the analyst projections. This year is still on track to be the industry’s biggest so far, but even that achievement will look tiny when storage for solar panel installations grow 10 times larger by 2024, as measured in megawatts. In megawatt-hours, the market is expected to grow 13.7 times in the next five years.

In this case, the numbers do show a slowdown for the year compared to what had been expected, but solar energy projects are not disappearing, just coming online later. That makes a difference in quarterly numbers when only a handful of large storage projects wrap up in the reporting period, but it does not alter the general direction of the industry’s growth.

“The more volume you have, the less likely you are to be swayed by individual projects going online or not,” Finn-Foley said.

The slow quarter reflects the logistical challenges of scaling up big projects in a new solar energy industry.

Not many front-of-the-meter projects were slated for completion this year to begin with, but some that were faced supply chain constraints, regulatory hurdles and siting issues on the path to completion.

Another obstacle emerged from the political realm: tariffs. Starting September 1, the Trump administration imposed a 15 percent import tariff on a swath of Chinese goods including lithium-ion batteries and the containers that are often used to house batteries for grid applications.

“It’s not helpful and it’s contrary to policies that have been put in place by administration offices like the Department of Energy and by state commissions and state legislatures that are supporting energy storage,” said ESA CEO Kelly Speakes-Backman.

The tariffs increase the cost of materials for storage development, but also create uncertainty, she noted. Developers typically contract for large storage projects years ahead of the delivery date; without knowing how long the tariffs will remain in effect, developers have to decide how to price them in to their financial models.

“It’s unnecessary to have these sorts of headwinds,” Speakes-Backman said. But, she added, “Projects are still closing.”

The difficulty with large batteries is they typically take a few years to contract and develop (although they can move much faster when necessary). This has led to a low quarterly deal count and considerable fluctuation from quarter to quarter.

Residential batteries resemble something closer to a consumer product, and that comes with a much higher sample size: 5,215 units this quarter, compared to 112 commercial deals and a handful of front-of-meter solar-powered systems. Residential solar power deployments offer a data-rich subject to study, relative to the other forms of storage.

"There’s a very clear upward trend," Finn-Foley said, noting that it is "hard to say" if this growth will reach an exponential pace in the next five years.

The 34.8 megawatts installed in Q2 beat all residential solar panels for the year of 2017, the report notes. California leads by a longshot, followed by Hawaii, but this quarter saw increasing geographic diversity, including Colorado, Florida, New York, New Jersey, Nevada and even Texas.

The numbers parallel a series of new residential deals announced in recent months, whereby providers like Sunrun and sonnen will get paid to aggregate hundreds of home systems into grid assets.

Lithium-ion chemistries retained their strangehold on the storage industry, accounting for 98.5 percent of megawatts deployed. The runner up was not a flow battery, but good old lead acid.

Coming up short in Q2:

Utility-scale batteries only delivered 18 megawatts for the quarter, a paltry showing for the biggest format of energy storage. Now the question is whether this sector will beat the 147.2 megawatts it installed in 2018. WoodMac's forecast predicts 153 megawatts in front of the meter in 2019, but another project slipping its timeline could easily erase that projected gain, already slight to begin with.

The famously spiky commercial and industrial storage segment also took a hit, ending its growth streak of two whole quarters. Fans hoping for three quarters of nonstop growth will have to restart their clocks.