California’s solar incentive program for storage solar-powered systems has so far been a great success, installing over 11,000 battery storage solar-powered systems. A new proposal from the California Public Utilities Commission (CPUC) is aiming to fix the barriers that are currently are hindering vulnerable communities from participating in this solar incentive program and will allocate $100 million to a new program that is designed to help populations that are threatened by wildfires.

California’s solar energy storage incentive program has been a great success, with more than 11,000 battery storage solar-powered systems installed to-date. The problem is, it’s not reaching the state’s most vulnerable communities. A new proposal from the California Public Utilities Commission (CPUC) aims to fix some of the barriers preventing disadvantaged communities from participating in the program, and it allocates $100 million to a new program designed to offset the cost of battery storage solar-powered systems for populations threatened by wildfires and related utility power shutoffs. 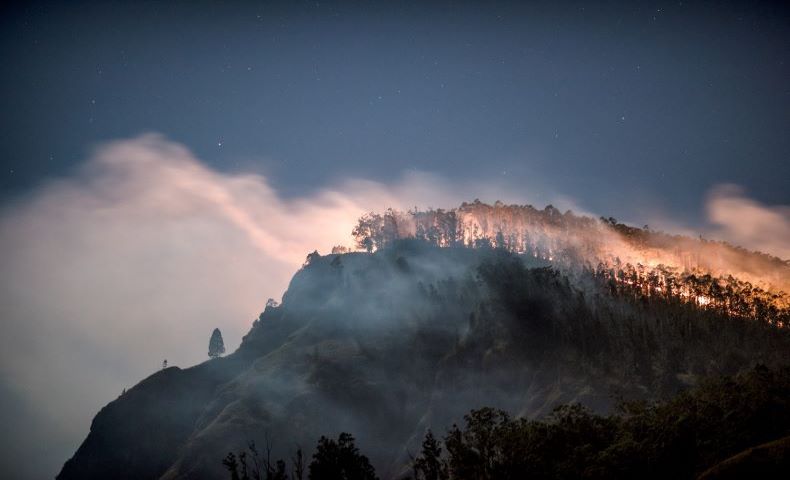 California’s Self-Generation Incentive Program (SGIP) has a long history, dating back to 2001 when the program was established to encourage the development of customer-sited generation. Over the years, SGIP has evolved into primarily an energy storage solar incentive for residential and commercial customers. In recognition of the fact that these funds have not been flowing to the state’s disadvantaged communities, in 2017 the CPUC created the SGIP Equity Budget, a 25 percent carve-out of the program’s funds reserved for projects in disadvantaged and low-income communities.

The CPUC had great intentions in establishing the Equity Budget – boosting economic and workforce development opportunities, reducing fossil-fuel power plant utilization, and increasing technology access among historically under-resourced and environmentally overburdened communities. Unfortunately, these good intentions were coupled with poor execution. Incentive levels were too low, outreach and education too minimal, and coordination with complimentary programs was nonexistent. While Equity Budget funds have been available for well over a year, not a penny of the existing $72 million in available funds has been allocated toward an energy storage project in these communities.

The recent proposed decision from the CPUC would make several revisions to address these and other issues with the program. Some of the important revisions being proposed for the Equity Budget include:

- Increasing the energy storage solar incentive level to $0.65 per watt-hour. When the Equity Budget first launched, the incentive was set at the same level as the rest of SGIP, $0.35 per watt-hour, which failed to consider the added financial barriers facing low-income and otherwise disadvantaged communities. This new solar incentive level should help, though whether it is high enough to move the market remains to be seen.

- Streamlining SGIP eligibility with low-income solar programs. California has some of the most robust low-income solar incentive program in the country. The CPUC has proposed that customers participating in the state’s residential Single-family Affordable Solar Homes (SASH) or Solar on Multifamily Affordable Housing (SOMAH) programs will be automatically deemed eligible for the SGIP Equity Budget. (This is something Clean Energy Group has been advocating for since we released our Closing the California Clean Energy Divide report in 2016.)

- Allowing for SGIP in virtual net metering. Another hurdle to energy storage in multifamily affordable housing has been that the storage has to be connected behind the customer’s utility meter. Under the SOMAH solar incentive program, affordable housing residents must receive a financial benefit from incentivized solar-powered systems by receiving solar energy bill credits through virtual net metering (VNEM). VNEM systems are typically installed on the utility side of the meter. The proposed decision removes the behind-the-meter requirement. This opens the program to benefit the 43 percent of California’s low-income population living in multifamily housing. (This is another area Clean Energy Group has been advocating for. Unfortunately, the change doesn’t solve some remaining issues such as barriers preventing demand charge savings to be realized through VNEM and complications in delivering solar energy resilience to residents.)

- Increasing awareness of SGIP through marketing, education, and outreach. The CPUC is proposing to devote funds toward an outreach campaign that will co-promote the SGIP Equity Budget with low-income solar incentive programs, inform customers with the greatest resiliency needs about the program and how to apply, and train local residents in communities that qualify for Equity Budget incentives. Lack of outreach and awareness has been a serious barrier to the success of the program.

The other major change proposed by the CPUC is the repurposing of $100 million in unused SGIP funds to establish a new Equity Resilience program that prioritizes solar energy storage for residents facing a high risk of power loss due to the threat of wildfires. (This is a move that echoes recommendations made by Clean Energy Group in our June 2019 report, Home Health Care in the Dark. The report addresses how people who rely on electricity to power home health equipment are at serious risk from power outages, including the wildfire-related utility shutoffs facing millions of people in California.)

The proposed SGIP Equity Resiliency solar incentive is designed to fully cover the cost of certain battery storage solar-powered systems for people in the state who are at risk from outages due to the threat of wildfires. Over eight million California residents could face utility shutoffs due to wildfire threats, from hours to days or even a week in the dark. Among those affected by the shutoffs will be tens of thousands of elderly, low-income, and otherwise disadvantaged residents whose well-being depends on home medical equipment. Without power, this equipment will stop working. The results could be catastrophic and potentially life-threatening in many cases.

The Equity Resiliency program is a huge deal. It represents a first-in-the-nation precedent to link resilient power and public health, a possible turning point in the protection of medically vulnerable people from climate induced disasters, such as wildfires and heat waves, and related utility shutoffs or brownouts.

- Reallocation of $100 million in unused SGIP funds to establish Equity Resiliency incentives. The funds come out of a generation-focused portion of the program that is no longer being utilized. This is currently a one-time allocation, but the CPUC may look into ways to bring additional funds into the program.

- Incentive level of $0.85 per watt-hour for eligible customers. This incentive level was specifically designed to fully offset the cost of certain battery storage systems. The CPUC intends for these funds to be used to address an urgent and immediate need for energy resilience. It does not want to repeat the mistakes of the Equity Budget.

- Open to vulnerable residential customers in high-risk fire zones and commercial facilities providing critical services to these communities. Customer that are in zones designated as the having the highest risk of fire (Tier 3 High Fire-Threat Districts) are eligible for Equity Resilience incentives if they are also eligible for the SGIP Equity Budget or are customers with a medical condition that could become life-threatening without access to energy. Commercial customers providing critical services during power shutoff events to customers in the high-risk zones are also eligible for the solar incentive. (This is a good start but fails to recognize that customers outside of high-risk fire zones may also lose access to electricity when utilities shutoff powerlines to avoid sparking wildfires.)

The Equity Resiliency program itself is significant, but what it represents may be transformational. It recognizes that utilities no longer are meeting their “obligation to serve” all customers in the face of climate induced disasters, such as wildfires. The CPUC decision affirms the utility position that at-risk populations in these areas are now “on their own” and need to figure out how to protect themselves. This is a monumental shift in the 100-year-old monopoly role for utilities to serve all customers, a major rupture that has not yet been fully appreciated and which is likely to have enormous ramifications for the growth of the solar and storage markets going forward.

California is the only state that has begun to actively recognize this shift in obligation away from the utility and onto the consumer. Other states will need to follow for this type of policy adjustment incentivizing local energy resilience to result in real, public health benefits across the country. In the end, this is only a first step, but it is a significant one. Advocacy from environmental justice and health advocates is needed not only in California to make sure this program works, but in other states to set up similar supportive funding programs.

While not perfect, the changes proposed by the CPUC should result in a much improved and more equitable solar energy storage incentive program, one that can serve as a model for other states considering solar incentives, as well as those wrestling with how to protect vulnerable citizens in the face of growing climate threats.

Get creative and design your own California rooftop solar system by going to HaHaSmart and using the design DIY tool and see how much the system will cost using the price checker tool.