One evening last year, David Burek noticed charred wood and a burning smell in his attic, near his young sons’ bedroom. He climbed a ladder and saw a melted connector wire from the solar panel installation on the roof of his North Dartmouth, Massachusetts, home. Firefighters rushed over and discovered that flames had burned through the shingles, the roof and a support beam. Luckily, a recent rain had doused it. 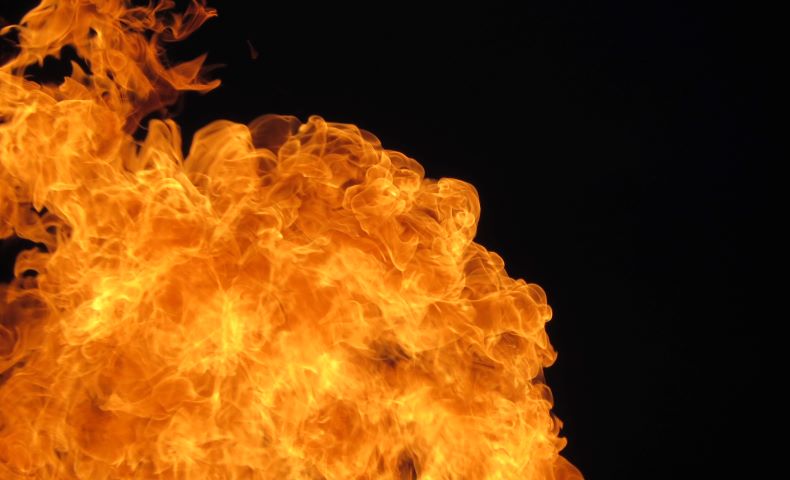 A month later, a fire broke out on the roof of Ken Tomasello’s home in Waldorf, Maryland, sending a section of the ceiling crashing onto a bed. It ultimately caused so much fire, smoke and water damage that Tomasello and his wife lived in a hotel for more than a year.

The two homes had something in common: SolarCity, now a unit of Elon Musk's Tesla Inc., had installed their rooftop solar panels. While these are just a pair of relatively small incidents at a company with some 400,000 solar power customers—one of the biggest such portfolios in the U.S.—they add to the growing concern about the safety of Tesla’s solar-powered systems.

In the past couple weeks, both Walmart Inc. and Amazon.com Inc. have said that Tesla solar-powered systems caused roof fires at their stores or warehouses. Those were commercial solar panel installations. The Burek and Tomasello episodes show there are potentially also problems with residential solar-powered systems, a much bigger part of the solar company's sputtering business.

Further underscoring those worries, Tesla has reached out to homeowners across the U.S. to tell them they need preventive maintenance. The solar company says the remediation effort is designed to ensure that solar-powered systems last 10 to 20 years. (Business Insider previously reported this program, known internally as Project Titan.)

In an interview, Burek said he heard from Tesla in October 2018—about five months after his solar panels had been removed. “When I called Tesla back, they said our system had been flagged for bad connectors,” Burek said. “I told them there was no system to maintain because they’d already caused a fire on my roof.”

Though they aren’t tracked nationally, rooftop solar panels fires are rare. Tesla said its customers’ risk of fire is seven times lower than they face from home wiring and lighting. “In the past year, less than 1% of 1% of sites have experienced any type of thermal event necessitating any form of emergency response, and there have been no injuries,” Tesla said in a statement. “While we strive for zero risks across all of our products, this rate of risk presents less of a household danger than a home washer or dryer.”

News about fires threatens to deepen the woes at Tesla’s solar unit, which in turn would only add to the recent struggles for the automaker. Tesla’s main electric car business faces a host of challenges. Musk’s tweeting has drawn scrutiny from federal securities regulators, the company has yet to report an annual profit, and Tesla’s stock is down about 35 percent this year.

Tesla bought SolarCity in 2016. It is losing market share, reporting only 29 megawatts worth of solar panel installations in the second quarter, down from a high of more than 200 in 2016. Much of the reason: strategic shifts, including an end of door-to-door sales and marketing through Home Depot Inc. Its shortcomings are all the more evident as solar energy is taking off in the U.S. and around the world.

Sarah Wilder, director of curriculum development and instruction at Solar Energy International, a nonprofit focusing on technical training, said a shortage of under-qualified workers can lead to a decline in solar-powered system quality. Faulty components, shoddy workmanship or wiring, or a combination, can cause fires, Wilder said. So can poor maintenance.

“There’s a lot of emphasis by solar companies on getting that installation but insufficient emphasis on making sure that the system is rigorously operated and maintained,” said Joe Osha, an equity analyst at JMP Securities, a San Francisco investment-banking firm, who wasn’t speaking specifically about Tesla. “These are not install-and-forget assets.”

Now, the fires are sparking finger-pointing and lawsuits. Last week, Amazon said a June 2018 blaze on the roof of one of its warehouses in Southern California also involved a Tesla system. Tesla called it “an isolated incident” that it addressed and that all 11 of its Amazon solar energy sites are generating energy.

Earlier this month, Walmart sued Tesla, claiming that the solar company failed to meet industry standards in the installation of solar-powered systems atop hundreds of its stores and caused fires in at least seven of them, including two in May 2018. The companies have issued a statement saying they “look forward to addressing all issues” and “re-energizing Tesla solar installations at Walmart stores.”

After the Massachusetts and Maryland fires, two homeowners insurers, Citation Insurance Co. and Allstate Corp., accused Tesla of negligence and breach of contract over the fires. They each sued both Tesla and Wallingford, Connecticut-based Amphenol Corp., which makes electrical connectors, including those used in Tesla solar panel installations.

“We believe these lawsuits are without merit and will vigorously defend ourselves against them,” Amphenol said. While Tesla declined to comment on the complaints, it denied the allegations in a court filing in the Citation case.

In its January suit in Charles County, Maryland, Circuit Court, Ken Tomasello’s  insurer, Allstate, said it was seeking to recover at least $300,000 it paid to make up for his fire-related losses.

“When I heard about the Walmart fires, I wasn’t surprised at all,” Tomasello said in an interview. “I’m sure there are other homes that have had experiences similar to ours.”

In its April lawsuit in New Bedford District Court in Massachusetts, David and Stephanie Burek’s insurer, Citation, said it was suing to recover about $12,000 it paid to the couple because of losses in the fire.

A year after the fire, Burek posted photographs of the damage on Facebook, along with a long note of warning to friends and family: “I caution you on using Tesla or any solar company for that matter as while it can certainly save you money it may potentially cost you much much more. To us our family is way more valuable than any amount of money we would ever save.”