On the heels of LONGi's call for a larger wafer size standard for solar cells, Jinko Solar predicts that monofacial solar panels will decline in favor of bifacial solar modules, like its new Swan series, as costs continue to fall, especially in the large-scale utility solar market. 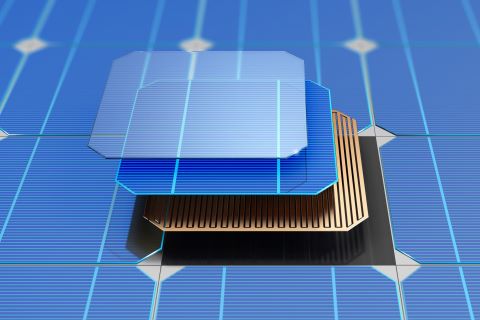 With Longi Solar having recently called for its 166mm² M6 wafer to become the industry standard in the new generation of solar modules worldwide, a spokeswoman for Jinko Solar has joined the chorus of voices predicting the demise of single-sided panels for large scale PV projects.

With Jinko in attendance at this year’s Intersolar South America trade show – which closes today in São Paulo, Brazil – Dany Qian, global VP for the manufacturer, told pv magazine in a statement: “We may soon say goodbye to monofacial.”

Qian claimed the increased output from bifacial panels – including her employer’s Swan series modules – already outweighs concern over higher upfront costs and increased panel weight with many solar project developers. And the vice president claimed developers of more than 30% of the global project pipeline planned with monofacial panels are considering switching to bifacial.

“Some developers might soon be moving to bifacial completely,” said Qian, adding: “The transition will accelerate when the cost gap is minimized.”

That price difference is already narrowing and will eventually see bifacial compete on level terms as double-sided products are rolled out at scale, said Qian.

“As bifacial technology establishes itself in the market, costs are likely to fall further to be competitive to monofacial, which will have significant impacts on the financial models,” she said. “It is not a future vision, it is the reality … Moreover, rather than a revolutionary technology, bifacial generation is an incremental improvement with proved technology, it needs much shorter time to accumulate enough data for modelling validation and bankability metrics.”

The Jinko Solar representative said land availability is another factor driving the swift adoption of bifacial products, which were given a boost in the U.S. recently when they were exempted from the Section 201 trade tariffs imposed on Far Eastern-made solar products by President Trump.

“The solar PV industry is still working to deploy monofacial, particularly in the countries with massive land space,” Qian told pv magazine. “But many are looking beyond mono facial into the [bifacial] future.”

While the technology shift may not consign single-sided panels to history entirely, they will be used in niche applications, chiefly those where the rear side of panels is fully shaded, said Qian.

“Over a period of time bifacial will purely serve the utility market while monofacial will continue to be available for residential rooftops,” added the Jinko Solar rep.

Get quotes on high-quality solar panels for your roof with the HahaSmart Price Checker.

See how solar panels look on your home with the HahaSmart DIY Design Tool.