California has proposed new incentives for solar plus storage that would direct $100 million from the Self-Generation Incentive Program's equity budget to customers in high-risk wildfire areas most likely to find value in solar batteries. It would also bolster resiliency for critical infrastructure. 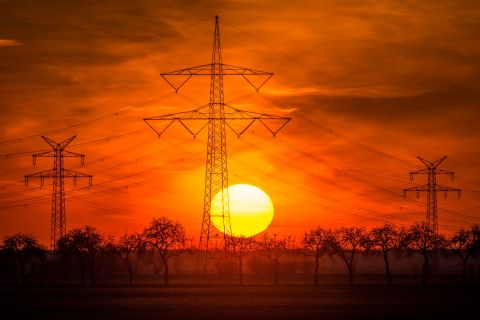 California regulators want to direct $100 million in state energy storage incentives to a new class of disadvantaged customers: those living in parts of the state at the highest risk of deadly wildfires.

These types of customers are far more likely to find value in multihour batteries attached to their rooftop solar system than the typical low-income or elderly California resident who would qualify for the equity budget. That, along with the potential to supply critical infrastructure with solar-storage systems, is likely to make for an attractive target market for solar and energy storage developers like Sunrun and Tesla.

The proposed decision could be voted on by the CPUC as early as next month. Last year, California’s legislature extended the SGIP for five more years and provided about $830 million in total funding.

SGIP’s equity budget offers higher incentives than the mainstream program for behind-the-meter battery installations, from 35 cents to up to 50 cents per watt-hour.

While the new proposal would only cover next year’s SGIP budget at present, the CPUC plans to consider collecting up to $100 million annually to keep the program going.

California faces a years-long public policy challenge to tackle its increasingly deadly wildfires, fueled by expanding human development, hotter and drier conditions caused by climate change, and in some cases utility power lines such as the Pacific Gas & Electric transmission line that started November’s Camp Fire, which killed 85 people and caused an estimated $12 billion in damage.

No time to waste

PG&E’s bankruptcy in the face of tens of billions of dollars of liabilities from various fires has galvanized state lawmakers. Over the past year, California has passed laws to both strengthen utility safety and fire-prevention measures and backstop them against future wildfire-liability-driven bankruptcies.

Meanwhile, the CPUC and utilities have drastically widened the scope of potential “public safety power shutoff” events, or grid de-energizations. While this is an effective means of preventing power lines from starting fires, it could also leave hundreds to tens of thousands of customers without power for an undetermined time.

While PG&E, Southern California Edison and San Diego Gas & Electric have used de-energization sparingly so far this summer, they’ve warned of the potential for unplanned outages that could last days or, in extreme cases, up to a week. They’ve also taken steps to prepare and protect customers from the effects of shutdowns.

PG&E’s plan for a pilot “resiliency zone,” a community center adapted to host a mobile generator, was delayed this summer due to permitting challenges. And SDG&E’s plan to build three battery-backed microgrids with a collective capacity of about 60 megawatts is under CPUC review to determine if the projects should be opened to third-party competition.

Other options on the table

It wasn’t the only one suggested to the CPUC, however. PG&E and Southern California Edison, for example, proposed an SGIP “resiliency adder” for customers in Tier 3 fire risk areas. Solar and storage developer Sunrun has been advocating for directing SGIP funds to fire-prone areas for months.

Other ideas for how to expand state programs to support wildfire prevention and resiliency are emerging as part of the CPUC’s Distribution Resources Plan proceeding, which is creating a structure for distributed energy resources to play a role in California utilities’ multibillion-dollar annual distribution grid investments.

As part of this proceeding, Solar Energy Industries Association and Vote Solar, two industry groups, have proposed a distributed energy resource tariff to boost solar-storage development in areas with the highest marginal distribution grid costs, which happen to coincide in many cases with the areas of highest fire risk.

Need a backup plan when the lights go out? Solar + storage has you covered!

See how affordable solar panels can be with the HahaSmart Price Checker.

Look up Solar Incentives in your area for the best pricing on your clean energy investment.