On the heels of announcing its new Hi-MO X product, LONGi Group, a monocrystalline solar manufacturer, announced that its 166mm-wafer Hi-MO4 solar module has now sold 2GW, with European availability expected in Q4 2019. The solar company now calls for standardization of larger wafer sizes for solar cells, backing the play with upgrades to its own facilities. 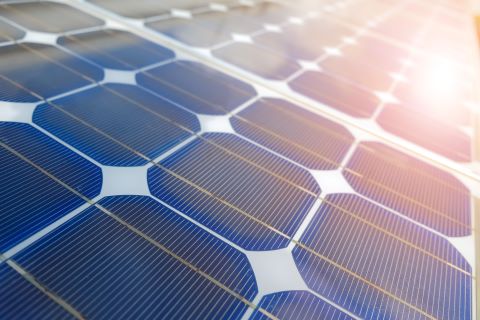 The solar industry must work together to agree on standardised larger wafer sizes, according to monocrystalline solar manufacturer LONGi Group.

The company has revealed that its H-MO4 module, which utilises M6 (166mm) wafers, has now sold 2GW. European availability is expected in Q4 2019.

The firm is now backing that wafer size with a series of upgrades across its own facilities.

“By end 2020, LONGi will upgrade its existing cell and module lines and transform them for production with the 166mm wafer,” said Wang Yingge, executive assistant to the chairman of LONGi Solar. “New lines such as the 5GW monocrystalline cell line in Yinchuan will be designed for the 166mm size from the start,” said Yingge adding that large-scale production of Hi-MO4 will commence the third quarter of 2019.

Larger wafers create more efficient modules but also mean more weight and greater physical stresses. Production equipment must also be amended. According to LONGi, the divergence in larger wafer sizes began in 2018 and is leading to a number of mismatches along the supply chain.

“The 166mm wafer has reached the allowable limit of production equipment which is difficult to overcome. This would be the upper limit of the standard for a considerable period,” said Professor Shen Wenzhong, Director, Solar Energy Research Institute of Shanghai Jiaotong University.

“If manufacturers cannot reach an agreement on a size standard, it will restrict the development of the whole industry,” said Li Zhenguo, president of the LONGi Group.

Shen Wenzhong added: “Existing crystal drawing and slicing equipment are compatible with 166mm size silicon wafer. Production equipment for cell and module needs to be modified, though the costs are lower and easier to achieve. Calculated by 'flux,' cell and module production lines using 166mm wafers will increase capacity by 13% as compared with the 156mm size.”

At present, M6 wafers have a price premium of RMB0.4 (US$0.057) compared to the M2 wafer but as scale increases beyond 2019, Yingge said this premium is set to halve.