Wisconsin Governor Tony Evers signed Executive Order 38, mandating all electricity in the state be 100% carbon-free by 2050 and creating an Office of Sustainability and Clean Energy. While solar adoption has been slow, more solar projects are upcoming, including the 300-MW Badger Hollow Solar Farm. 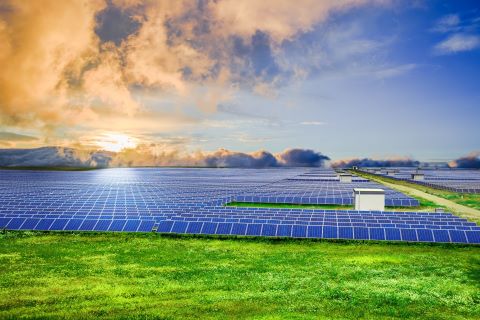 Wisconsin Governor Tony Evers has signed off on Executive Order 38, a motion that will create an Office of Sustainability and Clean Energy within the state, with the office tasked with achieving the goal of ensuring all electricity consumed within the State of Wisconsin is 100% carbon-free by 2050.

Other missions of the Wisconsin Office of Sustainability and Clean Energy will include ensuring that the state fulfills the carbon reduction goals of the 2015 Paris Climate Accord, foster innovation, research, and business development within the renewable energy market and develop energy efficiency, sustainability and renewable energy standards for all new and existing state facilities, office buildings, and complexes.

The office will also promote clean energy workforce training though a partnership with the University of Wisconsin System, Wisconsin Technical College System and other workforce programs.

In terms of developing a new clean energy plan for Wisconsin, the Office of Sustainability and Clean Energy will work in conjunction with the Department of Natural Resources, the Department of Transportation, the Public Service Commission, the Department of Agriculture, Trade and Consumer Protection, other state agencies, Native Nations, local governments, utilities, businesses, and other stakeholders to develop and implement said plan.

Per the release from the Office of the Governor, Evers' order comes from the fact that “climate change poses a serious threat to Wisconsin's natural resources, public health, communities, tourism, and economy.”

The release adds that past research by the Wisconsin Initiative on Climate Change Impacts revealed that by the middle of the century, statewide average annual temperatures are likely to warm by 6 to 7 degrees Fahrenheit.

Another report from the Union of Concerned Scientists suggests that under the current trajectory, by 2050 Wisconsin could see two weeks per year of dangerous heat - with heat indexes above 100 degrees - analogous to the current climate in states such as Alabama and South Carolina.

While Wisconsin trails behind other US states when it comes to PV generation, more and more solar projects are on the horizon, headlined by the 300MW Badger Hollow Solar Farm, which is being developed by Chicago-based Invenergy.

Go solar today and get renewable energy for your home - see how cheap solar panels can be with the HahaSmart Price Checker. Design your own solar array using the DIY Design Tool.