US Beats China for Corporate Solar... For Now

Analysts at Bloomberg New Energy Finance have found that the US - and, in particular, Texas - is leading the world in corporate solar power and renewable energy adoption. However, China could soon overtake America by requiring businesses to procure a minimum percentage of clean energy via an RPS. 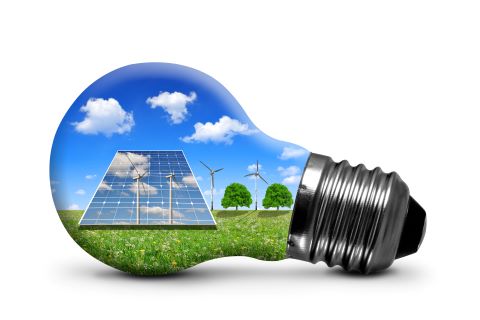 US Beats China for Corporate Solar

Although the U.S. – and in particular Texas – continued to set the pace for corporate power purchase agreements (PPAs) in the first seven months of the year, China could hold the key to turbo charging renewable energy use among businesses.

That is one of the key findings in the 2H 2019 Corporate Energy Market Outlook compiled by Bloomberg New Energy Finance.

Analysts at the New York based business intelligence firm predict plans to introduce a renewable portfolio standard (RPS) – requiring Chinese businesses to procure a minimum percentage of clean energy – could prove pivotal to the contribution made by corporates to the energy transition.

The analysts noted the RPS legislation is yet to be promulgated but highlighted the authorities in Beijing are also preparing regulations for businesses to be able to operate as prosumers and sell excess clean energy they generate to nearby consumers.

If those hotly anticipated guidelines propel China to future leadership of the global corporate clean energy league table, it appears likely it will be at America’s expense, with U.S. companies having signed deals for 5.95 GW of the 8.6 GW of corporate energy sold from January to the end of July.

A stampede to Texas

Around 40% of that U.S. activity took place in Texas, with peak power prices during the hot summer months attracting clean energy consumers to the Electric Reliability Council of Texas.

By contrast, business energy offtakers across Europe, the Middle East and Africa accounted for only 950 MW of corporate PPAs in the seven-month period, although that figure did include innovative solar deals in Sweden, new markets in Poland and France and a contract with an Omani oil and gas company described as ‘ground breaking’ in a press release issued by BloombergNEF yesterday to publicize the report.

With the Nordic nations typically leading the way for corporate power deals in Europe, businesses in those northern European climes signed up for only 300 MW of clean power during the seven-month window.

The BloombergNEF report added, 33 new signatories to the RE100 commitment from January to the end of July meant 191 businesses have now committed to running entirely on clean energy by 2030. On their current trajectories, the signatories will fall short by 189 TWh and making good the shortfall would add up to 94 GW of new renewable energy capacity and around $97 billion of new investment, according to the report.

Help America come out on top for solar installations - see how much you can save on solar panels in your area with the HahaSmart Price Checker.

Check out the latest Solar Incentives for your state to save even more.