Clearway Energy has again reduced its 2019 financial guidance due to poor weather conditions for solar and wind generation, fire at one of its biggest projects that knocked out 40 MW of its solar array, and uncertainty over PG&E contracts. 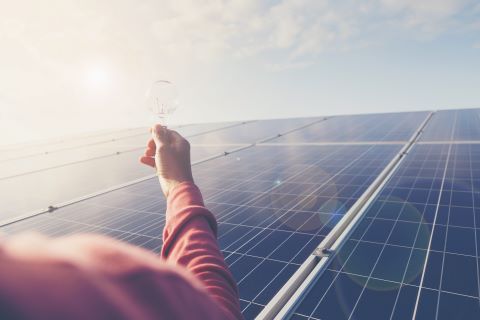 Clearway Energy, among the largest U.S. renewables operators, reduced its already-lowered 2019 financial guidance on Tuesday — pointing to poor weather conditions for solar and wind generation, a fire at one of its big projects, and ongoing uncertainty over contracts with bankrupt utility PG&E.

Earlier this year Clearway slashed its quarterly dividend and lowered its 2019 guidance for cash available for distribution (CAFD) to shareholders from $295 million to $270 million. On Tuesday it lowered that guidance again, to $250 million.

Clearway’s business model focuses on operating what are supposed to be low-risk wind and solar assets, and paying its investors stable and relatively generous dividends, making CAFD a critical metric.

The biggest factor behind the revised guidance was Clearway’s underperforming fleet of wind and solar assets, which at 4.1 gigawatts is among the country’s largest. The publicly traded company, known formerly as NRG Yield, is also an active investor in community and distributed solar assets.

Clearway saw below-normal wind resource and solar irradiance levels across much of its portfolio through the first half of the year, executives said on an earnings call Tuesday. Precipitation levels were 30 percent above normal near some of its key solar projects, dampening generation.

Clearway’s revised CAFD guidance hinges on weather conditions and generation returning to more or less normal levels throughout the rest of the year, which is no sure thing. Renewables generation in the second quarter was 16 percent below its level in the same period last year.

Clearway is not alone in suffering through poor weather conditions this year, with other U.S. renewables operators reporting similar challenges for their fleets, including Avangrid.

Adding to Clearway’s headaches, a fire in June temporarily knocked offline all but 40 megawatts of its 250-megawatt CVSR solar array in California, damaging infrastructure though not the solar panels themselves. CVSR was quickly repaired and brought back into operation, but the outage came during the project's highest-revenue month of the year. Clearway expects to eventually recoup the $9 million of lost revenue through insurance.

The question of whether PG&E will stand behind its renewables power-purchase agreements, many of them signed years ago when wind and solar power were much more expensive than they are today, is one of the biggest hanging over California’s renewables market.

Clearway is among a number of renewables developers with substantial exposure to PG&E’s historic bankruptcy, though legislation passed last month appears to reduce the odds of the utility canceling or amending its power-purchase agreements.

Last week Reuters reported that PG&E had successfully renegotiated solar and storage contracts with developers including Canadian Solar, reducing its offtake prices by 10 percent. But there are important differences for Clearway’s already-built projects with PG&E, Sotos noted.

The renegotiated deals “were contracts that were awarded, but the assets weren’t built [yet],” Sotos explained.

“The rejection of our contracts would create an unsecured claim. As I understand it, that's really not the case with these new contracts because the projects haven't been built yet, so I think that's a pretty important distinction between what you've probably seen out in the press and the nature of our contracts."

Avoid rising energy costs from utlities like PG&E - check the price of solar in your area today with the HahaSmart Price Checker. Save on solar panels with current Solar Incentives.