North Carolina has completed its first competitive solar panels solicitation in April. Unlike other places of the law stipulated that that regulated monopoly Duke Energy, as well as its unregulated sources of renewable energy developer arm, could compete in the utility’s home territory against independent solar power producers.

Monopolies and market competition can make for uneasy bedfellows. 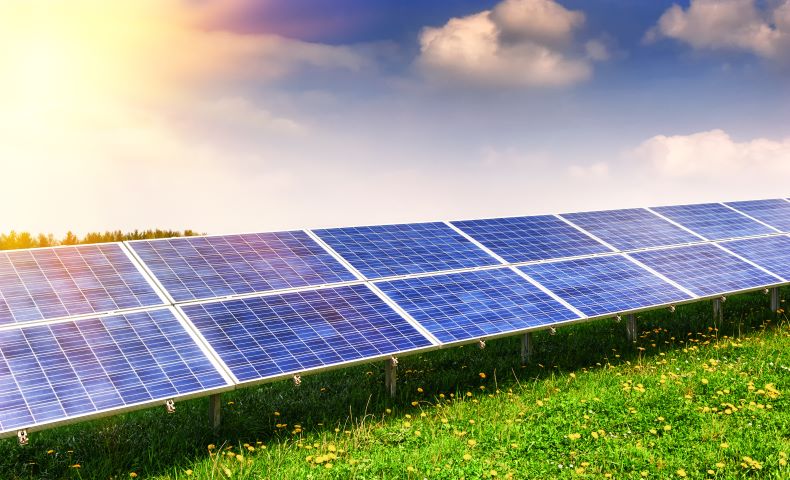 North Carolina completed its first competitive solar panels solicitation in April, as called for in a major energy compromise the legislature passed in 2017. Unlike almost anywhere else, the law stipulated that regulated monopoly Duke Energy, as well as its unregulated sources of renewable energy developer arm, could compete in the utility’s home territory against independent power producers. Duke could even buy projects from its competitors in the procurement.

GTM covered the outcome at the time, but the story took a new turn, because Duke canceled its largest project within roughly two months of winning it. Though the contract had Duke's name on it, the utility was going to buy it from a third-party developer.

"We thought it was an attractive price," Duke Energy spokesperson Randy Wheeless said of the developer's bid. "When they went back and double-checked some numbers, they realized they couldn’t come in at the price they had promised."

High-profile projects sometimes fall through, and utility and developers alike have expressed satisfaction with how the process unfolded overall in North Carolina. Nobody is complaining about the roughly $260 million the solar energy procurement is expected to save ratepayers over the next 20 years.

Still, the canceled project raises questions about the unconventional structure of the solicitation, which sees the utility competing with other developers while also interacting with them as a power purchaser and a potential acquirer.

The solicitation rules also exempted Duke from posting a security deposit for the canceled solar energy project, which would have cost an independent solar panels developer $1.6 million.

Too good to be true

In the solicitation completed in April, Duke took home 270 megawatts of the 602 megawatts awarded, almost 45 percent.

That amounted to "a strong reflection of how competitive we are in the open market at building sources of renewable energy projects,” Duke Energy Renewables President Rob Caldwell said in the press release. (Conversely, in a later release from the North Carolina Clean Energy Business Alliance, Executive Director Chris Carmody said the result "underscores once again how private enterprise continues to drive North Carolina’s leadership in solar energy.")

Duke's tally included the 80-megawatt project to be acquired from an unnamed developer in Onslow County, in territory overseen by its Duke Energy Progress unit. This was the largest project in the overall procurement and the maximum size allowed to compete.

Then the project fell through.

Exactly how Duke signed up for a project priced too low to deliver has not been disclosed, but the reports from independent administrator Accion Group, which selected the winners, hint at the size of the discount.

Duke Energy Progress territory encompasses land east of Raleigh, where the cost of doing business is generally lower than the more affluent counties to the west, Wheeless said. That may explain some of the discrepancy.

After Duke canceled and the award went to a 78-megawatt project from Cypress Creek Renewables, the average bid price for Progress territory rose to $38.30 per megawatt-hour, according to the latest filing.

That delta from before to after reflects an ample discount that Duke's original pricing offered compared to the next most competitive bid. That discount proved too good to be true.

Security required, but not for everyone

Canceling a bid in North Carolina's solicitation carries real costs for most solar energy developers, because doing so forfeits the security deposits required for participants to enter the final competition.

Only one other solar power developer withdrew a bid — a 50-megawatt project that carried a $1 million security deposit.

The point of requiring a security deposit, according to Accion, was to discourage “11th hour” withdrawals and encourage applications for “shovel-ready” projects.

That requirement applied to all participants, except Duke Energy: “The RFP expressly waived the Proposal security requirement for utility self-developed Proposals,” the final Accion report states. Based on the 80-megawatt project size, Duke Energy would have forfeited a $1.6 million deposit if it had needed to file one.

“In effect, the DEP/DEC Team and the developer had a free option to withdraw at any time, which the [Independent Administrator] believes was an unanticipated result,” the report notes.

There was a procedural justification for not requiring Duke to post security: “DEP/DEC would be unable to obtain a letter of credit in which DEP/DEC was both the beneficiary and applicant/obligor.” The security deposits go to the utility if a developer falls through, and evidently it did not make sense for Duke to allocate money for the purpose of paying itself.

Put differently, allowing a monopoly utility to compete for the chance to sell solar power to itself can turn routine contracting matters into awkward situations.

Wheeless acknowledged this was an issue, noting that "people didn't like the optics of it," and said the rule could change before the next round of bidding opens in October. Accion Group echoed that in its report.

Who has the advantage?

Given the cancellations, the surviving winners of the procurement total 550 megawatts of solar energy, with Duke now set to deliver 34.5 percent, a more modest achievement than the one documented in the April press release.

That's still a significant market share going to the utility, and it appears to surpass the threshold written into law.

Projects totaling 34.5 percent would appear at first glance to exceed a maximum limit of 30 percent. The next sentence of the law, however, exempts "any sources of renewable energy facilities acquired by an electric public utility."

The 80-megawatt plant was to be acquired rather than developed by Duke. Even taking out the acquired project would have left Duke developing 31.4 percent of the initial winning portfolio.

But that 30 percent cap applies to projects developed by Duke over the course of North Carolina's entire solicitation, Wheeless said. The solar panels procurement will carry on for a total of three or four tranches, so extra utility ownership now may be balanced out in later rounds.

The first-round outcome signals that Duke's regulated business is able to compete in the marketplace with developers, Wheeless said. Asked whether Duke has a structural advantage in competing to supply its own territory, the spokesperson noted that experienced solar energy developers like Cypress or Strata Solar bring their own valuable understanding to the table.

"We have knowledge of our system, but they have a lot of knowledge they've gained in the last few years building these projects and getting them on line," Wheeless said. "They've built a lot of projects, way more than our regulated utility."

The competition will resume this fall, as utility and solar power developers alike apply what they learned from the first round and press for advantage in the second bout, with even more capacity on the line.

Want to see how much you can save by switching to solar? Use the HaHaSmart price checker tool and design your own solar-powered systems using the design DIY tool.