First Solar reported another loss this quarter, which it attributes to increased operating costs. Despite losses, the solar manufacturer has a positive outlook, pledging significant progress for its Series 6 modules product and an on-track timeline for its new Ohio manufacturing plant. 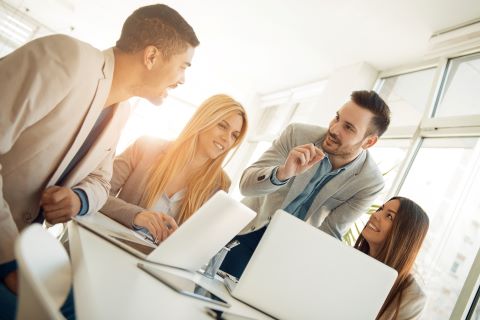 Despite record module production and shipments in the second quarter of the year, First Solar reported another quarterly loss on Thursday.

First Solar attributed its $18.5 million shortfall — a decrease from the $67.6 million in losses reported last quarter — to increases in operating costs, which offset a boost in module and systems revenue.

Though CEO Mark Widmar said on a Thursday earnings call that First Solar “put a number of wins on the board” in Q2, including the largest individual order of the company’s Series 6 modules to date in addition to its record quarterly production and shipments, the slight loss did not surprise leadership.

According to Chief Financial Officer Alex Bradley, the company “predicted that Q2 would be a breakeven to loss quarter.”

Despite the results, 2019 guidance for net sales of between $3.5 billion and $3.7 billion remains unchanged, as do expected shipments of between 5.4 gigawatts and 5.6 gigawatts.

The company did its best to cushion the results by pledging “significant progress” on its transition to Series 6 modules, a positive outlook on annual bookings and an on-track timeline for its second Ohio manufacturing plant.

First Solar unveiled plans for its Ohio factory in April 2018, riding a crest of announcements for U.S. solar manufacturing from companies including JinkoSolar and Hanwha Q Cells. While Jinko and Hanwha designed those plants to dodge Section 201 tariffs, First Solar has enjoyed a relative edge because its technology was exempt from the start.

A recent decision from the federal administration to exempt bifacial modules from Section 201 tariffs changes that dynamic, shooting some uncertainty into the market for First Solar. A flood of bifacial panels represents potential competition.

Widmar said the company is “very disappointed” with the exemption for bifacial modules. He argued it undermines the administration’s attempts “to secure a level playing field for U.S. manufacturing.”

“What we had hoped for was the ability to ramp our [Ohio] facility in an environment that wouldn’t be under siege,” Widmar said.

He acknowledged that the exemption “will create some challenges,” but he asserted that First Solar can compete.

Despite the political setback, Widmar presented a generally rosy picture of the future, similar to the optimism he projected on the company’s Q1 call. First Solar has booked 4.3 gigawatts so far in 2019, up from 2.3 gigawatts reported in its previous earnings call, and is nearly fully booked through 2021. Its net sales increased $53 million from the previous quarter, up to $585 million.

“The utility-scale market in the United States continues to thrive,” said Widmar. “The recent uptick in government commitments coupled with corporate activity provides the underpinning for secure and stable growth.”

First Solar has made particular strides in the growing commercial and industrial space in Q2, most recently announcing a deal with Microsoft to supply data centers in Arizona. Deals for a Facebook data center in Utah, a California cattle ranch and Kellogg’s Australia's manufacturing facility preceded the Microsoft deal.

The company also said it continues to revamp its engineering, procurement and construction (EPC) arm in response to high costs in that division that contributed to Q1 losses. Widmar reported that a new leadership team had been installed in that division, but belt-tightening is ongoing.

“If we can be best-in-class in our EPC execution…then that’ll be the path we’ll pursue. If we can’t, then we’ll have to look at options,” Widmar said. “The team has made some very good progress getting to where we need to be on cost and schedule. We still have further to go.”

First Solar signed two deals this year where it worked on initial project development and a module supply agreement but offloaded the projects prior to notice to proceed. That put cash in hand earlier, but also negated some EPC-associated risk while the company assesses its competitive position in that space.

Get the best prices from top solar manufacturers today with the HahaSmart Price Checker.