On Wednesday the U.S. Trade Representative announced that it is granting an exemption to the solar duties for bifacial panels. This is a win for solar companies who manufacture solar panels outside of the US. This exemption is quite possibly the best solution for renewable energy sources. 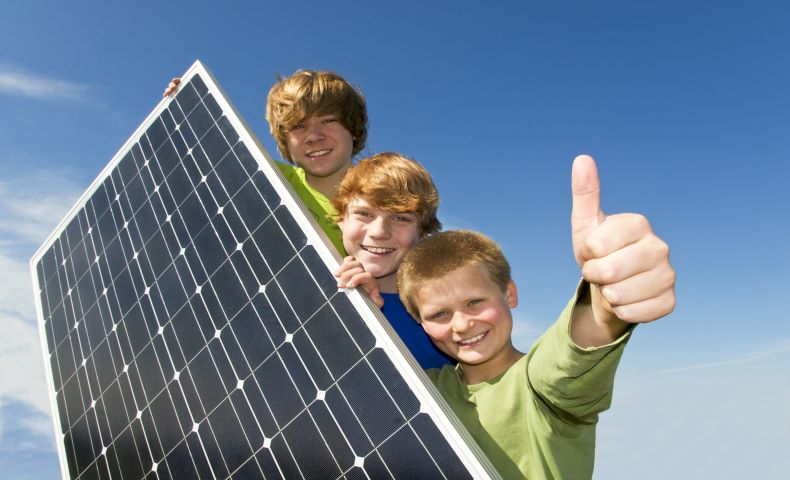 The solar industry has a new way of ducking the Trump administration’s tariffs on its imports: two-sided panels.

The U.S. Trade Representative said in a notice made public Wednesday that it’s granting an exemption to solar duties for bifacial panels, ones that can generate power on both sides. The carve-out is a win for both Asian manufacturers including JinkoSolar Holding Co., LG Electronics Inc. and Hanwha Q Cells Co. and big U.S. solar-farm developers that can easily switch over to using them.

“This could insulate almost the entire utility-scale market from tariffs,” BloombergNEF solar analyst Hugh Bromley said. “I would expect the utility-scale industry to pivot almost 100% to bifacial products.”

The exemption may represent the clearest solution yet for an industry that’s been roiled by the import tariffs, imposed by the Trump administration in January 2018 as a way of leveling the playing field for U.S. panel makers. Some companies have already shifted their entire supply chains to skirt the duties. Others are building factories in the U.S. In September, California-based solar maker SunPower Corp. won an exemption, arguing that its panels -- made mostly in factories abroad -- are a premium product.

“We’ve been advocating for additional exclusions, and bifacial modules in particular, for over a year now,” said John Smirnow, vice president of market strategy for the trade group Solar Energy Industries Association. “This exemption will accelerate the adoption of bifacial technology in the U.S., which is still in a relatively early stage.”

First Solar fell 6.8% Wednesday. In a research note Thursday, Shen said that “upon further review" the impacts on First Solar “may not be that bad.” First Solar was up 2.9% at 10:40 a.m. in New York.

The exemption is another sign that bifacial products will gain momentum in the industry, JinkoSolar’s vice president Qian Jing said on Thursday in response to Bloomberg queries. “There’s huge market potential in the U.S. and the rest of the world,” she said.

Chinese manufacturer Trina Solar Ltd. is expecting the exemption to apply to the bifacial modules it deploys, Steven Zhu, the company’s president for the Americas, said in an emailed statement. “Our review is ongoing,” he said, “but we are optimistic this will help our customers recognize value from this product offering.”

While bifacial panels still hold a small share of the total solar market -- just 3% last year -- production could ramp up quickly as a result of the exclusion, according BloombergNEF. Those making panels in the U.S. meanwhile stand to lose some of their edge. “They are back in competition with mainland China,” BNEF analyst Jenny Chase said by email.

In addition to bifacial panels, the administration allowed for some very specific exclusions on certain kinds of flexible fiberglass ones and those that have rows of solar cells “separated by more than 10mm” laminated into them, a Federal Register notice scheduled to be published Thursday shows.

If you’re interested in going solar, see how much you can save by using the hahaSmart price checker tool.