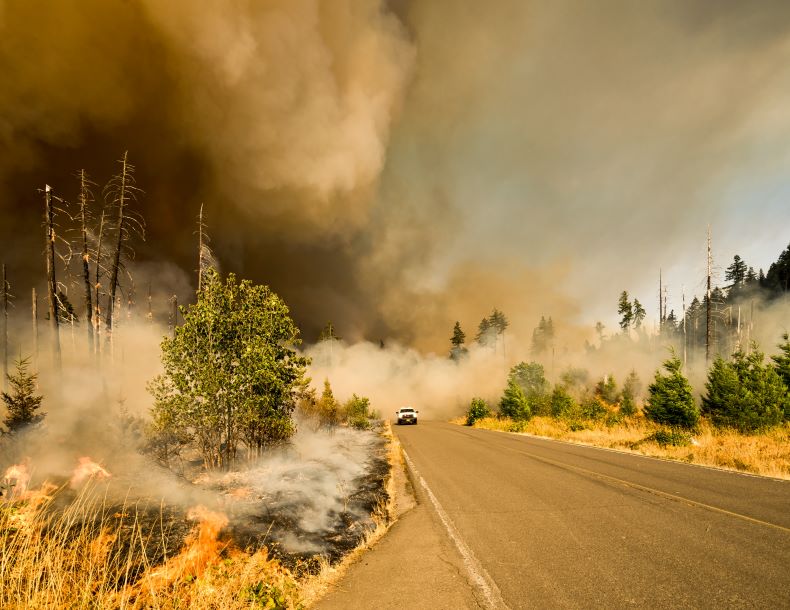 If you live in California, you know it’s that time of year again… Fire season. The dry season has brought on a slew of fires throughout the state. So far the state hasn’t issued any power shut-offs but based on last year's experience, California residents are expecting power shut-offs anywhere between September and October.

Here’s what your need to know about wildfires and solar panels.

Can Solar Panels Survive a Fire?

When solar panels are created, they are specifically designed to withstand extreme weather, and there have been cases where the solar panels stayed mounted to the roof after a hurricane removed the rooftop of the home. Solar panels are built to withstand snow, heavy winds, hail, and heat. But it is pretty safe to say that solar panels aren’t going to be fireproof. If your home catches fire, you will more than likely lose your solar panel installation.

How Much Hear Can Solar Panels Withstand?

Say your house doesn’t catch on fire, but the flames are very close, can your solar power system survive that heat? The answer to that question is a little complicated. Yes, there have been plenty of tests that have been done to test how much heat solar panels can handle, but it is the environment's heat, not typically heat coming from flames that are tested. 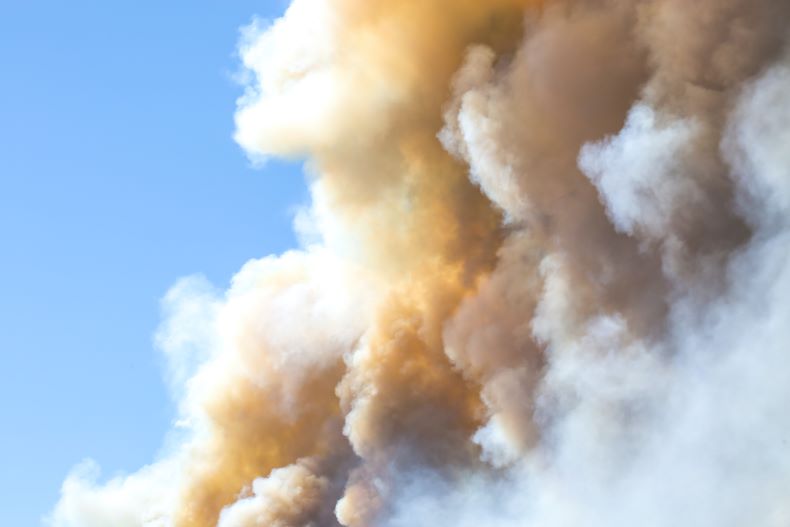 You don’t have to be in the direct pathway of a wildfire, for it to affect your solar panel installation. The smoke from a wildfire isn’t just bad for your lungs, but it is also bad for solar power production. An interesting fact, when the fire burns the vegetation and other things, it emits soot and aerosol particles into the air. These things hinder the amount of sunlight that is hitting your solar panels,

Wildfires can take homeowners of days or weeks for firefighters to get under control. Of you live in an area that is affected by a wildfire, you may notice that your solar panel installations are going to be less efficient. Just how much the solar power systems efficiency falls is going to depend on a few factors; how close you are to the fire, the direction of the smoke, and the direction of the wind. If you do live in an area that is prone to wildfires, you may want to check your solar panel installation performance before and during the fire to see how the solar power system’s performance is going to be affected by the smoke in the area.

What Happens if Ash Gets on My Solar Panel Installation? 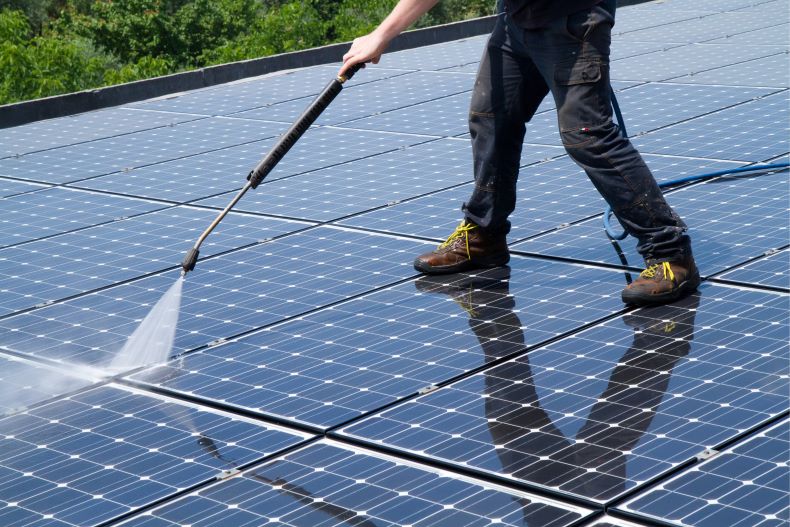 Another issue that wildfires create for solar panels is going to be ash. If have ever experienced a wildfire, you probably have walked out to ash falling on you, or ash in your car. Fires themselves generate wind, and during fire season the fires are typically accompanied by high winds. These winds blow ashes throughout the community. If there’s ash on your car, it is highly likely that your solar panels are covered in ash as well.