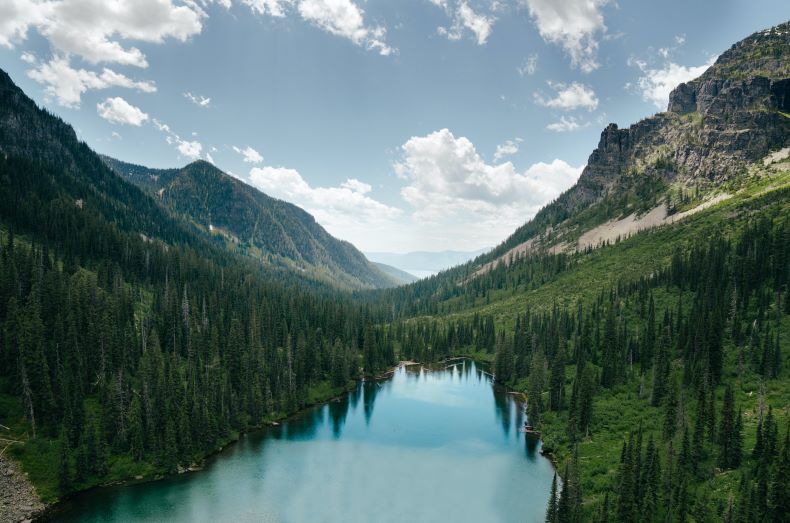 We are opening this up with one of the most beautiful national parks in the United States. The Glacier National Park is located in Montana’s Rocky Mountains. It has 1,013,322 acres, two mountain ranges, over 130 named lakes, 1,000 different kinds of plants, and hundreds of different animals. Some of the more popular animals that are located in the National park are grizzly bears, moose, mountain goats, and wolverines. The rivers and lakes are filled with different species of fish, making it a fisherman’s dream camping location.

The Glacier National Park gets lots of visitors, and to help preserve the beauty of nature, the national park has leaned towards renewable energy to help power the visitor center. The 3.6 kW solar power system and provides 1% of the visitors center power, the other 99% comes from micro-hydroelectric power supplied through an on-site dam. The project was completed 1994 and 2010 and the solar panel installation cost $5,000.

The Glacier National Park is one of the most beautiful National Parks in the United States, bordering Canada, it is a sight that everyone should see. The beauty rivals some of the prettiest sights on this earth. 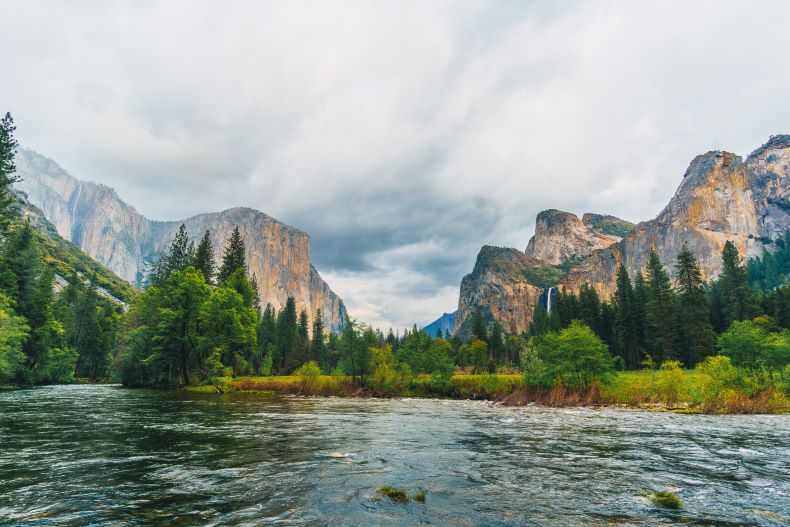 Yosemite is known for more than just half-dome. Some of its beauty include waterfalls, giant sequoia’s, bears, deer, lakes, mountains, and groves. No matter how far away, Yosemite is visiting, you can bring your solar power camping gear, and help the National Park reduce the Carbon Emissions. 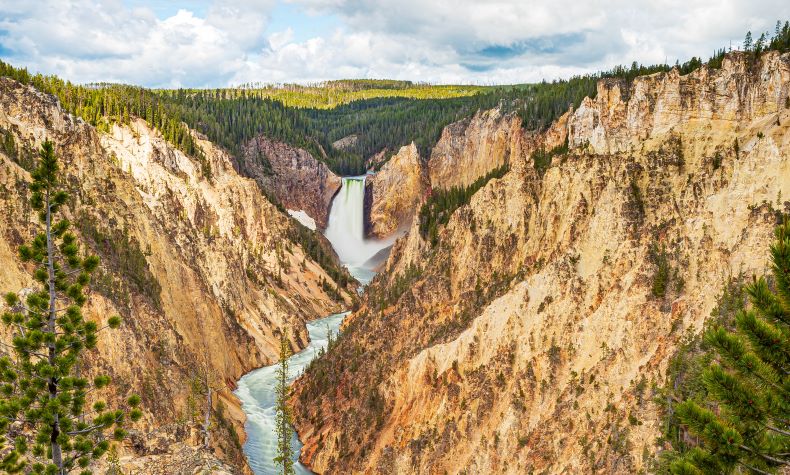 Yellowstone is one of the coolest National Parks in America. It is located in three different places, Idaho, Wyoming, and Montana. The National Park spans 3,468.4 square miles, with lakes, rivers, waterfalls, hot springs, and many more. If you visit the National Park you will have a chance at seeing animals like Bison, Moose, Deer, Elk, and Wolves. If you enjoy fishing, these bodies of water have tons of native species, while fishing you can see some of the native birds, like Golden and Bald Eagles.

Yellowstone, like Yosemite, gets tons of visitors, which means that there is going to be a lot of carbon emissions. To try and combat the emissions, in 2011, the Bechler Ranger Station installed an 18 kW solar power system. The solar panel installation provides 100% of site power. The site used to be powered by a propane tank, and propane deliveries were costly to the environment and in the aspect of money. The park constructed a mobile system with 32 280-W solar panels, 2,500 amp hours of battery storage at 48 volts, a 183-amp charge controller, and three solar inverters.

Yellowstone is a travel destination for families, photographers, and the overall outdoorsy person. The beauty surrounding you will be enough to tempt the person who hates the outdoors, to get out and explore the wild. 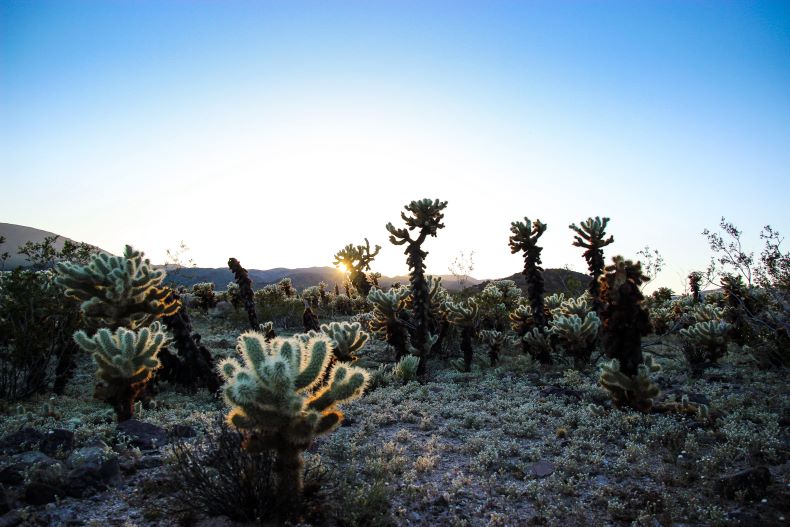 The Mojave Desert is located in San Bernardino County, California. This is where Joshua Tree is located, along with lava beds, dunes, and mountains. It may not be as pretty the other National Parks that we have mentioned but the Mojave Desert has its appeal. Millions of people go and visit Joshua Tree, and San Bernardino is even in Route 66. It’s a cool (not, its a Desert, so during the summer it’s hot and during the winter it is cold) place to visit.

A lot of people visit Joshua tree and which means, carbon emissions. The photovoltaic solar panel installation was completed in 1998. the 42-kW solar power system that comes with 11-kWh solar batteries provides the tiny visitors center with 100% of its power. The solar panel installation is located just behind the visitor center, it’s a large bank of solar panels that are tucked behind rocks so you can’t see them.

This is a fun day trip if you live in the area, or if you wanted to go on a camping trip this is a fun place to go. The desert is filled with kangaroo rats, coyotes, lynxes, big-horned sheep, and black-tailed jackrabbits. There are also desert tortoises, tree frogs, snakes, golden eagles, and bobcats. If you find yourself going on a Route-66 road trip, you are going to want to stop here!