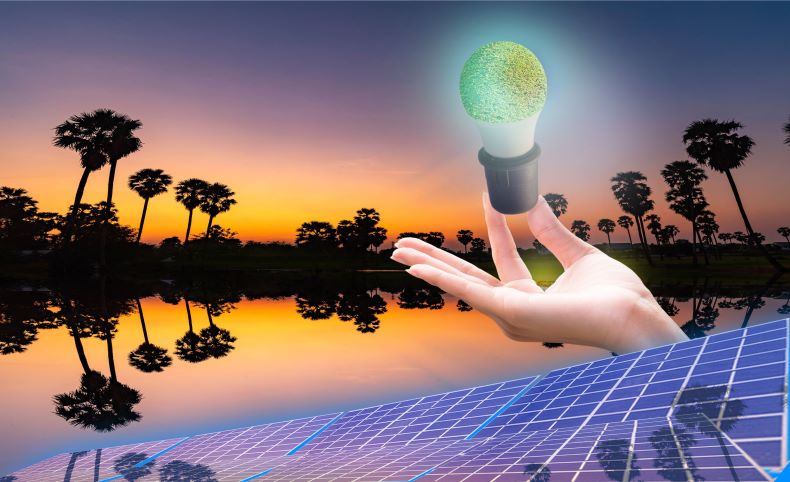 Solar energy has had a long-fought battle versus fossil fuels. Fossil fuels (oil, coal, and natural gases), are resources the supply most of the planet, while sources of renewable energy, like the sun and wind, only account for a small percentage of the world’s energy capacity.

Solar energy is known as one of the technologies that are changing the way that we get our energy and helps mitigate the damage that traditional fossil fuel use has caused to the planet.

When it comes to solar power there’s a lot of environmental and economic advantages, but will it make a difference? And, how do solar panels compare to fossil fuels and why are so many people so enthusiastic about solar energy?

Solar energy is a form of renewable energy. This means, as long as the sun exists, we aren’t going to run out of sunlight to power our homes! However, fossil fuels, are not sources of renewable energy. After we use up all of the Earth’s fossil fuels, that’s it, there’s nothing we can do to get them back. Technically they are going to replenish themselves, but it is going to take a very long time to do so. By the time the fossil-fuels do replenish themselves, it is going to be too late for us to use them.

There’s also going to an issue when it comes to access. It’s also a possibility that in the future, the only remaining fossil fuels that are left will be in places that are inaccessible or so expensive to access, that it isn’t even going to be worth it to mine them. Regardless, at any point, fossil fuels are no longer going to a viable energy option.

As the solar panels technology continues to improve, our ability to capture the sunlight is going to and convert it to solar energy will too!

Energy Density is a measure of the amount of energy that can be extracted from a certain source per square meter.

Because the sources of energy are so different these calculations are not going to be directly comparable, however, regardless of how they are measured, fossil fuels have an energy density a lot higher than solar energy.

Which is why you aren’t going to see solar panels powering too many cars, gas will be more efficient when it comes to powering a car.

I think most people are aware that fossil fuels create carbon dioxide (CO2) as a byproduct. This CO2 is going to get trapped in the atmosphere causing the Earth to retain more heat. Retaining more heat is what eventually leads to climate change that will change the normal weather patterns that are seen across the world, and make the weather more sudden and severe.

Scientists that study climate have been aware of these issues for a while, it is just more recently that people are beginning to take notice of them.

But solar panels are different than fossil fuels, and they don’t produce carbon dioxide or air pollutants, and their effect on the environment is very minimal.

If we want to reduce our carbon footprint by reducing our carbon emissions, the best way to do this will be by getting a solar panel installation.

When it comes to the cost of solar power, the solar panels’ lack of CO2 is going to be closely linked. Solar panels have a ways to go before they become the most popular source of renewable energy on the planet and even more of a ways to go to become the most popular energy source. But it’s growth in popularity is something that hasn’t gone unnoticed. The reason is that more and more Americans want to reduce their carbon footprint and are turning to solar panel installations to do so! American’s desire to get a solar panel installation is only getting stronger, due to the solar power industry vastly improving and offering incentives to help homeowners switch to solar power!

Because of the technological improvements, the cost of solar power has decreased by just over 70% in the past 10 years. The Office of Energy & Renewable Energy (EERE.) claims the cost of solar has dropped every year over the past ten years without fail.

Though some people don’t think that the cost of solar panels is too much, solar panels are becoming more affordable. We can expect fossil fuels to become more and more expensive as we deplete their stores and it becomes a lot more costly to mine them. 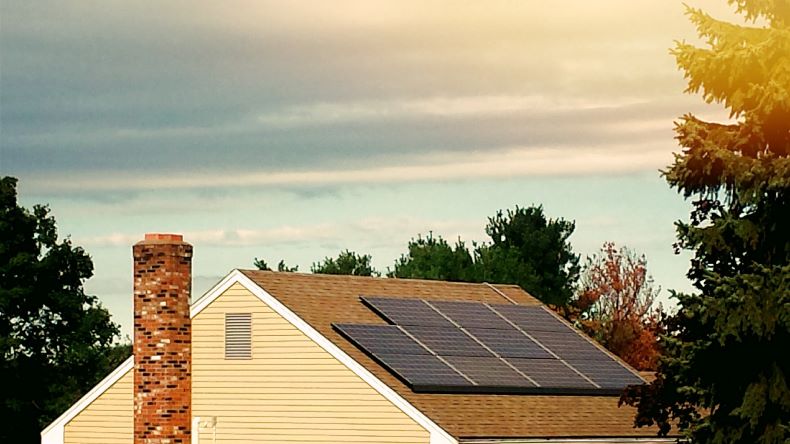 Solar panels can convert the sun’s rays into solar power with an efficiency rate between 15-22%. This may not seem that great at first, but you will have to look at it in the context of other energy sources.

Forbes said car engines can convert 20% of a car’s gasoline into energy. The rest becomes wasted heat energy. What happens with the remaining 80% of unused sunlight from solar panels? Well, it creates light on whatever it touches.

The efficiency of coal is going to be 33%-40%, but it’s going to be different from solar panels, it’s harmful to the environment.

The energy that doesn’t get converted into solar power does the same thing that it would have done without any solar panels. It is going to give off light and warmth. It doesn’t dirty our air or create excess heat as fossil fuels do!