The Truth About The Environmental Impact Of Solar Panels 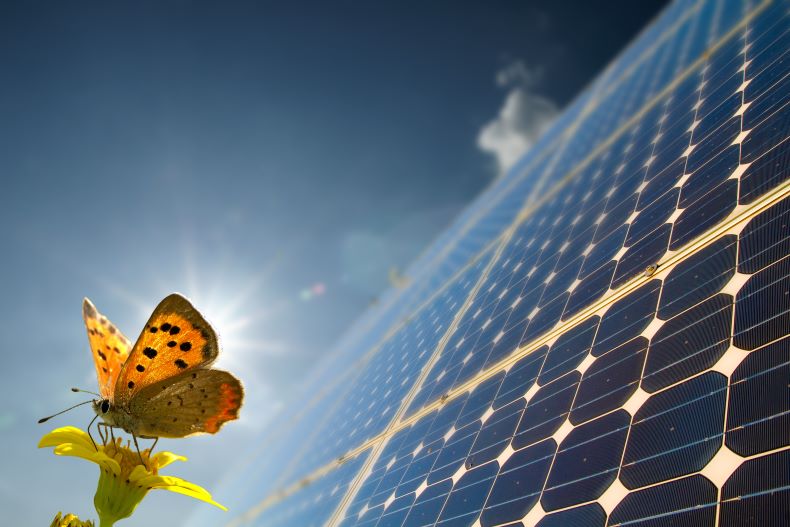 When your solar panels generate solar electricity, they aren’t going to produce any carbon emissions, which means that, once installed, the solar panels aren’t going to contribute to climate change or health issues like the traditional energy sources. Solar energy comes from the sun, which is an abundant resource that will continue to available and accessible across the entire world, for the foreseeable future.

But there are potential environmental impacts that are associated with solar power systems. Some of the impacts are land-use impacts, ecological impacts, impacts to the water, air, and soil, and other impacts like socioeconomic ones, and can vary depending on the solar energy technology, which includes two different categories:

A lot of researchers formulate the environmental impact of solar energy with the concept of energy payback, or EPBT. The EPBT is what tells us how long it will take for solar panels to produce enough solar electricity to “payback” the solar energy that was used to produce them. This calculation will vary depending on a few different factors, which includes:

- The location of your solar panels is made. Solar panels need to be moved from where they were made to the location that the solar panel installation is. If your solar panels are made in Europe or Asia but are being installed in the United State then they had to be transported further, which requires more energy usage and will increase their EPBT.

Land Use and Ecological Impacts

In the point of generating solar electricity at a utility-scale, solar energy facilities necessitate large areas for collections of solar energy. Because of this, the facilities might interfere with existing land uses and may impact the use of certain areas like wilderness or recreational management areas.

As solar power systems might impact land through materials exploration, extraction, manufacturing, and disposal, energy in such a way that returning to a pre-disturbed state necessitates significant energy input or time, or both, while other uses are more dramatic where these changes are irreversible.

Take silicon, for example, this resource that is vital to making most of the solar panels that are currently on the market, right now silicon is abundant, but a silicon-based solar cell is going to require a lot of energy input in its manufacturing process, the sources of that energy is oftentimes going to be coal, determining how large the solar cells carbon footprint is going to be.

The Environmental Impact of Solar Panels is Overall Net Positive

There is good news, the EPBT of a solar panel installation is going to be dependant on many factors, and the market is moving in the right direction. In the 70s, the average EPBT for solar panels was 40 years. But in 2010, the number fell to only 6 months.

As the solar power industry grew, solar energy manufacturers are constantly looking for more ways to improve solar panels efficiency, meaning that the solar panels EPBT is only going to continue to decrease. In the past 10 years, the solar energy industry has seen a 62% decrease in the amount of material used for silicon solar cells, thanks in part to an increase in solar panels efficiency and thinner designs. Meaning that there’s less energy is spent processing silicon during the manufacturing process. As more solar panels are retired, recycling them will become more cost-effective and more efficient, which will further reduce their EPBT.