Understand The Basic Components of Solar Power Systems in 2020

In 1954, scientists at Bell Telephone discovered that an element that was found in sand, silicon, created an electric charge when it was exposed to sunlight. This discovery led to the development of photovoltaic cells that captured the sun’s solar energy and then would turn it into electricity. Since then, the technology has evolved, and the solar power system now provides incredibly attractive financial benefits for homeowners, businesses and non-profit organizations across the United States.

The Components That Make Up a Solar Power System

- The racking and mounting systems.

Solar panels can collect and convert the sun’s solar energy into solar electricity. They are a key component of solar panel installation. Most of the solar panels that are on the market today are either going to be poly-crystalline or mono-crystalline solar panels. 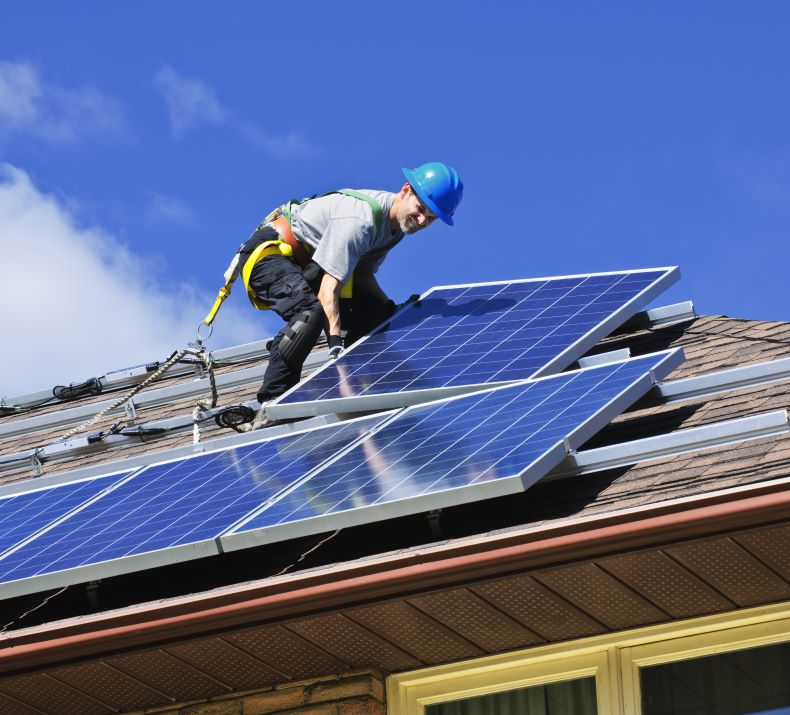 Racking and mounting systems are used to affix your solar panels either to your roof or to the ground. They are also going to allow you to position your solar panels at an angle that is best for capturing the sun’s rays.

To perform at their best, solar panels should face south and be installed at an angle between 30 and 45 degrees. Solar panels that are facing east or west and at a pitch angle of five degrees or more will still work well but will produce 10 to 20 percent less solar electricity than those that are installed under ideal conditions.

There are two types of mounts: fixed mounts, in which the solar panels are going to remain stationary, and track mounts, which will allow the solar panels to “follow” the sun as it moves across the sky during the day and the changing seasons. Track mounts are only suitable for solar panels that are ground mounts.

While certain solar installers charge extra for installing a monitoring system, it can provide significant value over the lifetime of your solar panels. Monitoring systems help you identify any performance issues to ensure that you maximize the solar electricity production of your solar power system.

- On-site monitoring: The monitoring device is physically located on your property and records the amount of solar electricity that is produced.

- Remote monitoring: Your solar power system transmits its performance data to a monitoring service that you can access online or with a mobile device.