Three Solar Designs That We Are Thankful For

The solar energy industry is constantly evolving, and as of now, most solar panel installations are normally rooftop or ground-mounts. But some innovations could be changing the way that solar energy is generated.

Solar power roads and highways are new to the solar energy industry. Solar power roadways are roadways that integrates photovoltaic cells, that works in the same way as solar panels.

What Are Roadways Integrated With Photovoltaic Cells?

The American Road & Transportation Builders Association has made claims, in the lower 48 states there are 8,615,000 miles of road, which is going to translate into 18,000 square miles of land covered inroads. This translation makes it more than 3x the land area of the state of Connecticut.

There was an analysis that the National Renewable Energy Laboratory (NREL) did back in 2008, there were roughly 1,948 square feet of land, per person, is going to be needed to produce enough solar electricity for the entire country to run on solar power. Then, if you multiply that number by the entire population of the United States, you would then find, for the entire country to run on a solar energy you would need nearly 23,000 square miles of land. When you compare that to the square mileage of roads in the U.S., we will find that covering the roads with photovoltaic cells in the lower 48 states, the United States would find that they would be able to produce a little less than 80 percent of their electricity needs. Keep in mind that these calculations are only a rough estimate. 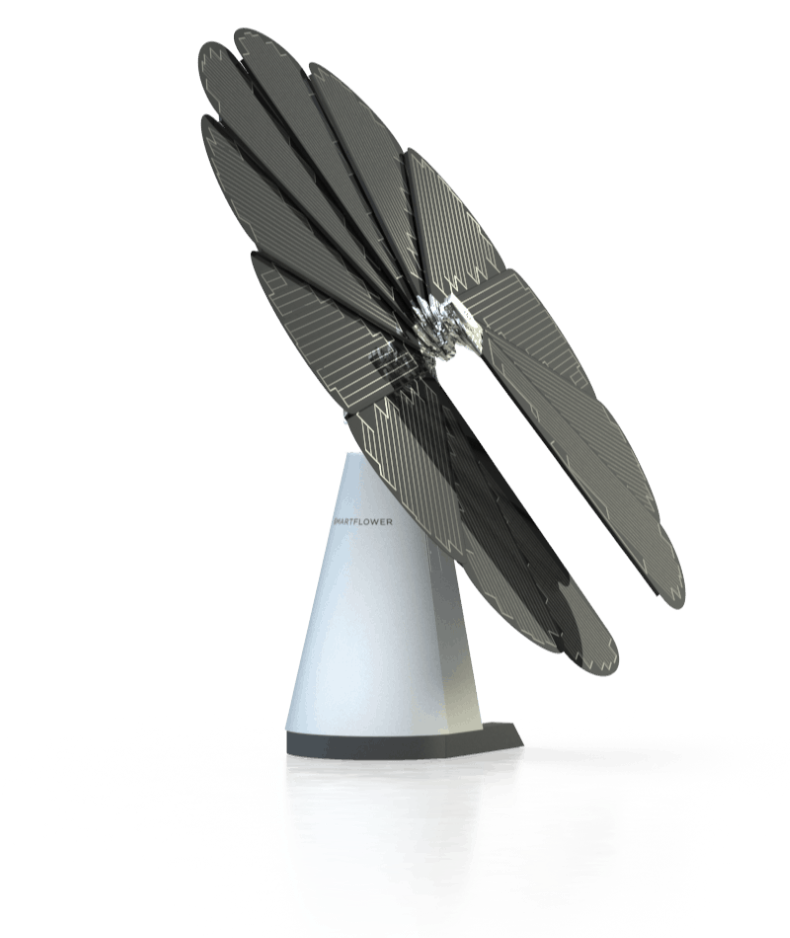 This solar panel installation looks like a flower, coining the name solar flower. The solar panels are arranged on individual “petals” that open at the beginning of each day. When the sun goes down, the Smartflower’s petals fold up and the self-cleaning process kicks in.

There is currently only one solar flower model that is available in the United States. The Austria based solar company has plans to make two additional models with new features. The Smartflower plus is going to have the same solar electricity generation benefits that the standard Smartflower has. The new device will also have an integrated battery that provides 6 to 13 kWh of solar power storage. It was expected to be available to the United States customers in early 2018, but the actual rollout is not clear. 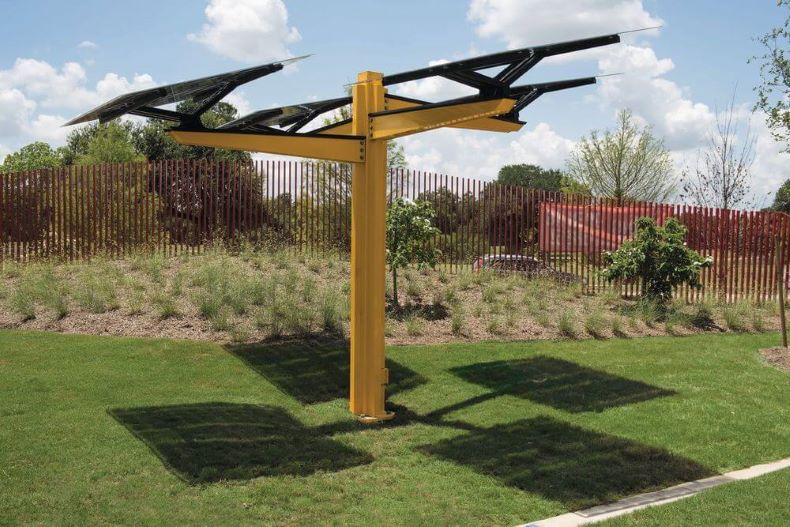 What Are Solar Panel Trees?

Solar panel trees are a long pole with a solar panel installation on top. The poles can support multiple solar panels, much like the branches on a tree.

These solar trees will fall under the broader category of a ground-mounted solar-powered system. What makes this setup of solar panels different from other setups is the unique design.

The concept emerged from different sources around the same time, which makes it hard to determine who was the first to debut solar panel trees. Over the years the innovation was tested and refined by different solar panel manufacturers all over the world.