A question that is asked by most homeowners when they are considering getting a solar panel installation is going to be ‘how long is it going to take to get their initial investment through the electricity savings. The question is defined in the solar world as the solar payback period. For solar panels in California, the average solar payback is 5.99 years.

Another big question that homeowners have different choices that they have to pay for their solar-powered systems. Since the popularity of solar panel installations, there are now more and more options on how they can pay for their solar panel installation. For some people, cash purchases are going to be ideal and can often lead to the most long-term value for your money. But some people, who prefer a $0-down options, solar loans and solar leases/PPA’s, are going to be ideal.

In the table below we will list the cost of solar panels in California’s most prominent counties:

One of the biggest reasons that solar power is booming in California is thanks in part to the different solar incentives available for homeowners. California solar rebates are some of the best on the market and great solar tax credit in California.

Homeowners have access have great California solar rebates programs in most counties in California. These solar rebates can pay solar-powered system customers anywhere between $500 total to $0.95 per watt of installed solar energy capacity.

The Golden State has a great Property Assessed Clean Energy (PACE) offering in most of the cities and counties which is known as the Home Energy Renovation Opportunity (HERO) Financing Program. PACE financing allows homeowners to finance the solar panel installation and pay it back through their property tax.

The ITC allows you to deduct 30% off the total solar-powered system cost from your federal taxes. If you are interested in getting a solar-powered system that costs $15,000 out of your pocket, you will qualify for a $4,500 tax deduction. But the 30% Federal Investment Tax Credit only lasts until the end of 2019, at the start of 2020, the tax credit is going to drop down to 26%. If you want to see how much solar panel installation will cost you before the end of 2019, you can go to HaHaSmart and use a price checker tool.

Because solar power in California is so prominent it shouldn’t come as a surprise that the state has some pretty notable solar panel installations. 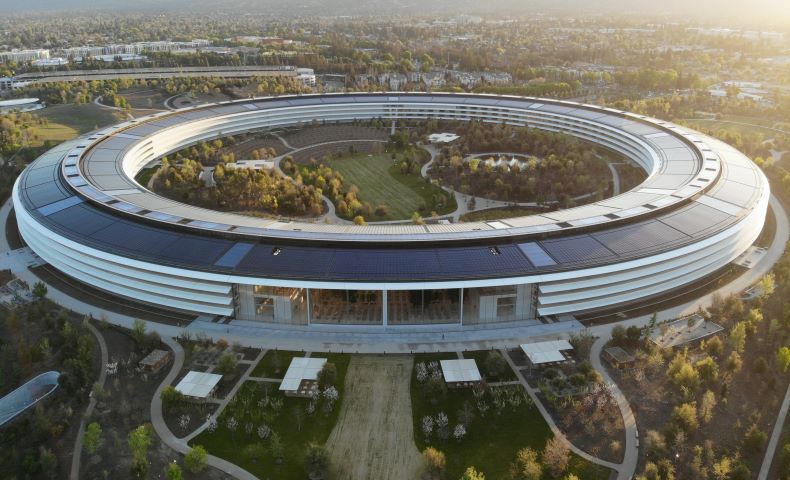 At Apple headquarters in Cupertino, California, they have one of the largest solar panel installations in for a corporate building the world. The building called the “Spaceship” is going to have thousands of solar panels that will generate around 16 megawatts of solar power.

The solar farm was completed in 2014. The solar energy project has enough capacity to generate over 550 MW of solar energy, providing enough solar power for over 142,000 California Homes.

How Much Solar Energy Can I Get from Solar in California

Aside from the power output and efficiency of the solar equipment you pick to install, the amount of solar energy that your solar panel installation is going to generate on California is going to directly rate to the amount of sunlight that is hitting your solar panels. Being one of the sunniest states in the United States, solar panels in California are going to produce more energy annually than a solar-powered system the same size but in a state in a state like Michigan.