What Are Solar Virtual Power Plants and How Are They Changing the Energy Landscape?

With our energy grid feeling the pressures of increased demand, and more and more stakeholders pushing for clean energy, and one solution that is rising to the ocassion is solar virtual power plants.

What is a virtual power plant (VPP)?

A virtual power plant takes the energy produced by many decentralized energy systems - such as the individually owned solar systems installed on residential rooftops - and stores and distributes that power effectively to cover the electricity needs of the community.

Imagine a single energy management control system that takes all the energy produced from sources like wind turbines and solar panels and combines them into a single electricity flow of demand, and you have a virtual power plant.

To compare, a traditional solar power plant is usually built in one location, as one single large-scale project, controlled by one utility. Whereas a VPP is decentralized, using power from many different systems to bolster the energy grid and distribute power as needed. 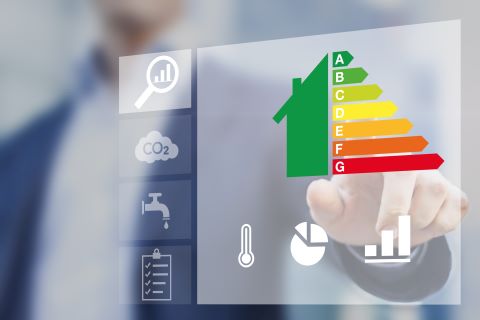 Alexa, give me power!

In simpler terms, a VPP is like a master remote control (or Alexa, for the more high-tech generation) - you can connect all your different smart devices, the TV, speakers, lights, fans, and more - so that you can control everything in your house from one place. And like today’s smart home devices, VPPs use Internet of Things technology to control it all through the cloud.

What are the advantages of VPP’s?

There are plenty of compelling reasons why VPP’s are set to be the future of solar and energy management.

Excess solar energy is put to use

Solar is a variable energy source, meaning that it will produce different amounts of energy depending on conditions. When it is sunny, lots of energy is produced - sometimes more than is needed - and when the sun isn’t shining, you may not have enough power.

For a residential solar system, this might mean that solar power produced during the sunniest hours of the day goes to waste, as no one is around to use it. Even with battery storage, the excess power often goes unused.

A VPP makes use of the excess energy, re-routing it to neighbors in the community who have need of it, and thereby creating a more efficient peer-to-peer energy trading system that is less dependent on conventional energy sources.

Solar energy helps to enhance electric grid resiliency, reducing the strain on the system during peak demand, and allowing the system to meet any unpredicted supply needs.

In 2016, Hawaii adopted one of the first VPP systems in Honolulu, using the large number of rooftop solar systems to reduce the stress on the island’s grid.

The largest solar virtual power plant in the world was deployed in 2018 by Tesla in South Australia, with 100 Powerwalls and 50,000 homes with solar arrays. Early participants saw a 70% grid consumption reduction, with energy bills dropping by 20-30%. Now the project is being expanded with 300 more homes added in 2019.

With the cost of solar dropping, huge potential energy savings, and benefits for the entire community, solar adoption is soaring and VPP energy management systems will begin to take over centralized power plants.

Because VPPs can get their energy from all kinds of renewable sources, including solar and wind, there is less need for power from dirty, carbon-burning energy sources like coal, natural gas, peaker plants, and other fossil fuels. Which means reducing global warming, pollution, and climate change.

A new zero-net energy apartment development in Utah was just announced, which will soon become the largest residential solar virtual power plant in the US. Utilizing solar panels installed on every rooftop, and a solar battery system for energy storage, the project is aimed at helping to improve the air quality in Utah, which is particularly susceptible to air pollution thanks to its Wasatch Mountain Range, which traps dirty air in pockets in its valleys. 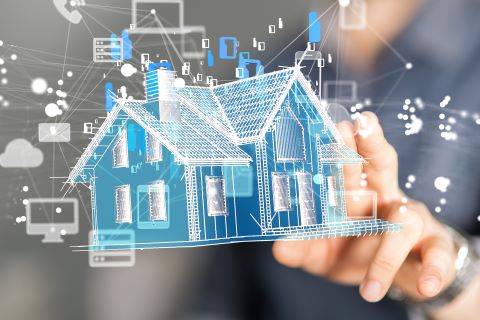 The Future of Solar VPPs

With so many benefits, it’s no wonder the future is bright for solar VPPs.

And the research is backing it up: one report from Market Research Future forecasts that virtual power plants will expand with a strong CAGR of over 22% from 2017-2023, thanks to demand for renewable energy sources and rapid depletion of conventional sources like fossil fuels, as well as the ability to provide peak load electricity, easy accessbility, and decentralization of energy sources.

Solar companies have the opportunity to take advantage of this new market by deploying solar PV systems on homes and businesses and integrating them with energy management software to meet grid energy needs. As solar subsidies decline, solar customers can stand to gain value from their solar systems by being part of a VPP.

Solar companies can also compete with other power generators, as solar becomes more cost-competitive with centralized sources. Sunrun recently became the first company awarded a contract to supply capacity to a wholesale power market from a VPP, in a milestone for the solar industry. It hopes to expand and bring VPPs to markets like Los Angeles, helping the city reach its 100% clean energy goals by replacing gas-fired power plants.

In conclusion, VPPs represent a great opportunity for everyone involved, providing economic, societal, and environmental benefits. Supporting policies and changes that enable VPP development will help us make the necessary switch away from fossil fuels and towards a bright, sustainable future.

Ready to do your part for the solar revolution?

See how much you can save on solar panels using the HahaSmart Price Checker.