Solar Is Good for Your Health

Solar energy has a long list of benefits, economic, societal, environmental, and more. But did you know that solar power is good for your health, too?

You probably won’t notice it on an individual level, but solar panels help to clear the air and reduce the amount of harmful particulate matter entering your lungs. By replacing dirty energy sources like coal with solar plants, we can vastly improve the health of millions of people in the US, reducing the number of medical visits and saving billions of dollars in healthcare costs, annually.

In other words, the more solar panels installed, the less pollution enters the atmosphere, the less health problems people will have, the longer they will live. 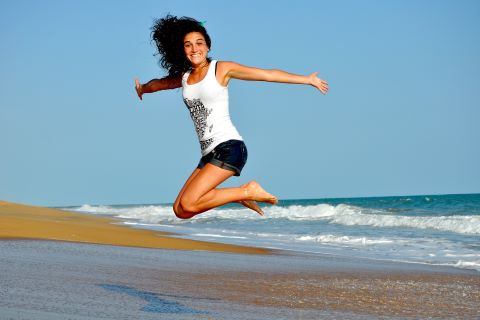 Health costs from air pollution include lost work days, hospital visits, disability, prescription drugs, and death. With healthcare costs rising astronomically in the US, you can see why it is better to just avoid getting sick in the first place. Reducing air pollution is one giant leap in the right direction.

Coal is the leading cause of pollution

John Walke, director of the Clean Air Project at the NRDC, says:

“Most air pollution comes from energy use and production. Burning fossil fuels releases gases and chemicals into the air.”

The burning of coal, in particular, is the leading cause of air pollution, releasing harmful heavy metal toxins like mercury, lead, and particulates, as well as greenhouse gases into the atmosphere. Coal is mostly carbon, so when it is burned, it reacts with oxygen to produce carbon dioxide, which is a leading cause of global warming.

According to the US Energy Information Administration (EIA), about 30% of all the US’ electricity comes from coal, with the rest from natural gas, nuclear, and renewable energies like wind and solar. In 2017, out of all the electricity sources, coal produced 69% of the US’ carbon dioxide emissions from the electric power sector, with natural gas taking up 29%, and petroleum 1%. 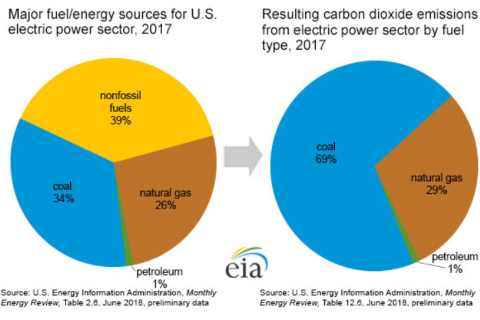 What does that equal in healthcare costs?

In the US, emissions from fossil fuels are estimated to kill between 7,500-52,000 people per year.

An EPA study in 2012 found that costs from coal itself, including transport, mining, and producing electricity, amount to $200 billion per year. But actual costs run about $350-880 billion per year, when you consider healthcare and other losses suffered from coal use. This means we are spending billions of dollars just to recover from the negative effects of coal.

The US isn’t even the worst - with the passage of the Clean Air Act in 2005, the number of deaths per year due to emissions has been dramatically reduced. A 2013 study found that life expectancy increased from 2000-2007, with 18% of the change due to decreased air pollution.

China, on the other hand, saw a ramp up in the adoption of coal, and without the health and safety measures that the US has, such as exhaust scrubbers, the mortality rate from coal use in China has risen to over 100,000 deaths per year. In 2013, coal burning led to 366,000 premature deaths.

One study found that switching the US from coal to natural gas would save about $20-$50 billion annually in health damages.

Imagine how many lives we could save, as well as healthcare costs recovered, by switching to carbon-free sources, like solar power? 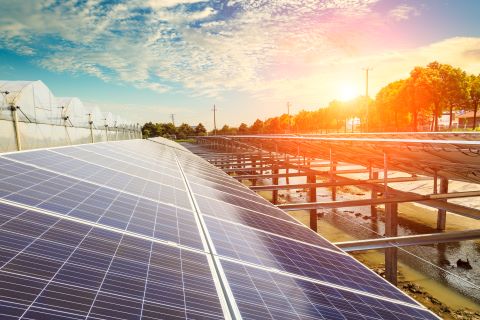 Unlike coal and natural gas, solar panels produce no carbon emissions during their lifetime of use once installed.

The main pollution from solar panels happens during manufacturing. Even so, the impact of solar manufacturing is much less than burning coal or other fossil fuels. A 2011 report showed that solar’s carbon footprint averaged 85 tonnes of carbon dioxide equivalent (CO2e) per gigawatt-hour (GWh), while coal averaged 888 CO2e/GWh.

In addition, another study in 2016 showed that each time photovoltaic capacity doubled, greenhouse gas footprints were reduced by 17-24%. This means that as the technology evolves, we are finding more ways to make the manufacturing process greener.

Where coal kills hundreds of thousands of people each year, solar power deaths are almost negligible, with only a few deaths here and there, mostly from accidents such as falling from a height.

So how much could we save by switching to solar?

Clearly, the health benefits alone are well worth the cost of solar installation, which is dropping every day.

Solar beats coal in terms of costs, no matter how you look at it

Solar beats coal even in terms of regular costs (not taking into account damages). A study from Lazard shows costs of solar plants decreasing 86% since 2009, with solar now costing about $50 per one megawatt hour of electricity, compared to coal’s $102.

So even in terms of standard costs, coal just doesn’t make sense.

If we want to build a healthy, low-cost future, solar is the clear winner.

How can you help make an impact today?

Aside from voting for measures that replace coal with renewable energy, you can make a big impact on reducing carbon emissions today by adopting solar at home.

Get free quotes with the HahaSmart Price Checker to learn how much you can save. Get extra Solar Incentives to make the cost even cheaper.

And remember: you're already helping to reduce healthcare costs by eliminating dependence on dirty energy. So the actual savings to you, society, and the environment is even larger than the energy savings in your bank account.