Would a Carbon Tax Encourage Utilities to Switch to Solar?

About 60% of our electricity in the US is still coming from dirty sources like fossil fuels, coal, and natural gas. While this is changing, some argue that the change has not been fast enough to meet new, ambitious climate goals.

Utilities have been slow to adopt solar power and other clean sources, limiting our progress towards a sustainable future. Renewable energy just isn’t attractive to companies, as they see it as a risk to their bottom line.

Can a Carbon Tax Encourage Switching to Solar?

Policy change is one of the best ways to incentivize utilities to make the shift. One of the proposed solutions is a carbon tax on utility companies. But is this a viable solution? 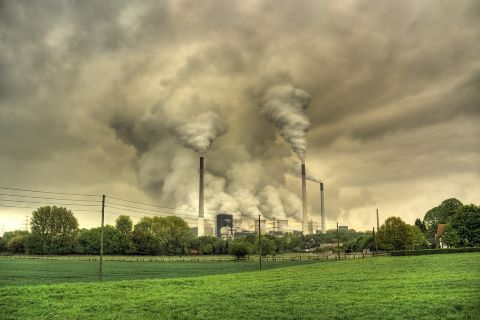 What Is a Carbon Tax?

A carbon tax imposes a fee on the burning of carbon-based fuels, like coal, oil, and gas. It is a policy intended to help reduce and eliminate the use of fossil fuels that are the key driving force behind climate change.

Climate change occurs when CO2, or carbon dioxide, is released from burning fuels, and these greenhouse gases rise into the upper atmosphere, where they remain for about a century, trapping heat in our atmosphere (like a greenhouse) and warming the planet.

Since we know the carbon content of every type of fossil fuel, we can institute a tax proportionate to the amount of carbon each fuel source will release.

For instance, carbon-heavy coal would be taxed significantly more than natural gas, which is the least carbon-intensive fuel source.

This tax would be applied at the moment when fuels are extracted from the Earth and put into the stream of commerce. Fuel suppliers can pass along this extra cost to utilities, and utilities would likely then add the cost to your electric bill.

The result is a higher price for everyone for carbon-emitting fuel, giving companies and consumers a compelling financial incentive to reduce their use of carbon-heavy sources and switch to carbon-free energy.

With costs of carbon fuel rising, demand for renewable energy will rise, forcing utilities to switch in order to compete and meet the new market demand.

At least, that is the theory.

The Role of Utilities in Slowing Climate Change

Utilities are very important players in the fight against climate change. They have the power and presence nationwide to help switch our electricity generation to carbon-free sources. However, utility companies are understandably slow to adopt renewables like solar energy, with some even lobbying against it.

Why do utilities resist this change? There are a few reasons. But mostly, money.

Since the top renewable energy plants depend on variable conditions, like the wind blowing through wind turbines, or the sun shining at the right angle on solar panels, utilities will no longer be able to dictate exactly how much power is produced. This may hurt their bottom line on days when the sun isn’t shining or the wind isn’t blowing.

While energy storage can solve this issue, most utilities have not adopted storage solutions on a wide scale due to cost. However, battery costs are dropping, so we hope that will help utilities find the budget to make solar work for them in the future.

With solar power becoming popular at home and commercially, there is more competition for utility companies in a market that was previously monopolized by them.

Solar energy allows independent third parties, like corporations or homeowners, to install their own solar panels, reducing their dependence on energy companies. This means utility companies will face greater competition, as they won’t be the sole provider of electricity any longer, and demand for grid electricity will continue to drop.

Despite the reluctance of utilities to jump on the renewable bandwagon, the future is undeniably moving toward carbon-free energy, one way or another. Utilities can fight the change… or they an find ways to make it profitable for them.

Renewables can be cheaper

As the cost of solar panels and other equipment continues to decrease, many utilities are already finding that it is actually cheaper to replace some of their energy generation fleets with renewables. Plus, customer demand for solar is rising, so utilities can meet the demand while saving on costs compared to using carbon-based sources.

If that isn’t enough motivation, policies are the next best step towards change.

We already have these measures in place for the most part, but we may still need to step up our game with a carbon tax, if the change doesn’t go quickly enough.

Would a Carbon Tax Work?

According to the Carbon Pricing Leadership Coalition, as of April 2019, 46 national and 28 subnational jurisdictions are aleady putting a price on carbon, either through carbon taxes or emission trading systems (ETSs).

While the US has yet to adopt such a measure as a nation, other places around the world have already put this into practice, with mixed results, depending on who you ask. The real answer is that the picture is much more complicated, when you consider other economic and social factors at play.

But here are the top pros and cons for carbon taxes.

An MIT and NREL study in 2018 found that carbon taxes, along with other measures, can help reduce emissions, and measures can be put in place to make the taxes fair for consumers as well. Looking at different systems, starting prices, and rates of increase, the teams found that:

- The most effective system was to use the revenue on tax reductions for capital, including corporate profits and investment income. This spurs economic growth, but also puts a heavy burden on low-income households.

- The least effective system was providing payments equally to everyone, but this was also the least regressive option.

- The most appealing option would be to combine corporate tax breaks with a rebate for low-income families, eliminating regressive aspects with little cost to efficiency.

- They posit that starting with a $50 per ton carbon tax and increasing it by 5 percent per year would lead to a 63 percent reduction in total U.S. greenhouse gas emissions by 2050, in line with current climate goals.

Revenue generated from carbon taxes can be used to fund other green projects like rebates, incentives, energy efficiency renovations, research and development of new technologies, education, coal phase-outs, and more.

So aside from themselves encouraging a change in the market, carbon taxes can help fund other policies and projects that reduce emissions.

The biggest drawback of carbon taxes is that they may place the financial burden on low-income consumers. People who need to pay for gas to go to work, regardless of how much it costs, will struggle to make ends meet.

For example, if you put a tax on pasta to encourage more people to eat healthy vegetables, it might work in some areas and for some demographics. But for poor areas where there may be a food desert, without access to fresh vegetables, all you will be doing is making the poorest people pay more for basic necessities, possibly pushing some people into hunger.

So we need to be mindful while adding taxes of who will be hurt the most and try to mitigate this negative side effect. In the case of carbon taxes, the problem can be mitigated by instituting a rebate for low-income families, as explored in the MIT study.

One other alarming red flag against carbon taxing is that oil companies coming out in support of it. Exxon Mobil has backed a proposal to tax oil, gas, and coal companies for carbon they emit, spending $1 million to advocate for the policy.

Why would an oil company support a tax on oil?

Not because they care or want to change.

The answer is liability. By paying a small amount in carbon taxes now (which they can pass along to their customers in higher gas prices), they absolve themselves from responsibility for future climate change lawsuits. So rather than forcing companies to change, the tax would simply allow them to step away from responsibility. Making them pay more may not be enough motivation to prevent them from environmentally harmful practices in the long run.

A 2016 analysis of carbon taxes implemented in various countries has shown underwhelming results for carbon emission reduction from taxes alone. While the taxes did reduce emissions, the changes have been moderate.

The study author concludes that carbon taxes probably need to be paired with other initiatives and policies in order to achieve carbon emissions targets.

The Takeaway: Carbon Taxes Work, but Should Be Paired With Other Measures

While carbon taxes do reduce emissions, we need to be wary of the broader affects they have on companies, economies, and vulnerable, low-income populations.

In order to be an effective solution, we need to pair carbon taxes with rebates for low-income consumers, as well as other policies, like reinvesting the money into green projects, providing incentives to adopt renewable energy, and renewable portfolio standards requiring a percentage of renewable energy sources.

So yes, a carbon tax would help inventivize many and start the shift towards renewables. But we also need to be taking as many other measures as we can simultaneously, if we are to stay on track for aggressive change by 2050.

Become part of the renewable energy revolution - install solar panels on your home today to get energy independence from utilities and reduce your carbon footprint.

Making the switch is more affordable than ever.

Search for Solar Incentives in your area, and get pricing today with the HahaSmart Price Checker.