As Solar Rises, Is There a Future for Utilities?

Is there a future for utilities with the solar rise?

The future of solar is so bright, we have to wear shades!

The research is in: a 100% renewable energy future is entirely possible, which means it's only a matter of time before the rest of the country makes the switch.

But what about utility companies? Where will they go in a future of 100% renewable energy?

Will there be room for electric companies in 2050, when we are powering all our homes with solar energy and driving solar panel-covered cars? 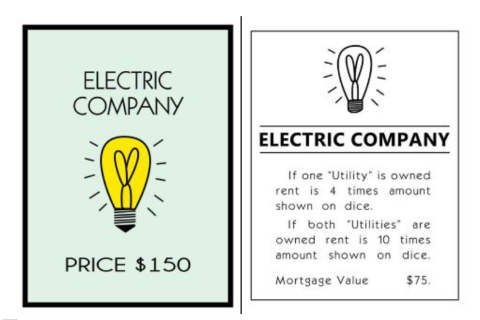 Until now, utility companies have mostly held a monopoly over the US electricity supply, building power plants, installing power lines and transmission centers, and billing customers for power, with mostly predictable returns. Utilities’ primary roles have been to generate energy and manage the grid.

However, with the rise of more renewable energy sources like wind and solar power, utilities are losing dependability and facing a more uncertain future.

In order to stay competitive in the new world, utility companies will need to shift from energy generators to network administrators, coordinating third-party energy generation and providing services for other companies.

The Past & Present: Energy Generation Controlled by Big Utility Monopolies

For over a century, big utility companies have held the keys to energy with little challenge, building and maintaining infrastructure, producing and distributing energy, and billing electric customers for energy use.

Large companies like Duke Energy, PG&E and Dominion Power have historically controlled power generation and distribution, with many electric customers only able to purchase from one company. While laws like the Energy Policy Act of 1992 have been passed to deregulate the energy industry and promote more market competition, the actual practice has varied from state to state.

The result is that your choice of electric companies - and if you have a choice at all - will vary depending on where you live.

This, plus differing renewable energy goals in various states, makes predicting the future of utility companies a difficult task. But it’s certain that they will need to adapt as more people find energy independence and energy companies lose control over the price of generation and distribution.

The Future of Utilities in America

Assuming that the US as a whole continues to move towards 100% clean energy goals (which we must, to fight climate change), more homes, businesses and manufacturers will adopt solar and other renewable options to power their own buildings, independent from utility companies.

This energy independence will make it harder for utilities to stay afloat, as they can no longer depend on a captive market, even in states without deregulation. Their only saving grace for the moment is that energy storage isn’t yet cost effective enough to eliminate the problem of variable power generation from these intermittant sources.

As cost of storage increases, utility monopolies will decrease

Because wind turbines don’t run without wind, and solar panels can’t produce solar energy without light, there is no constant source of energy, and independent energy generators must still depend on utilities and the grid to supplement during times of low energy production.

However, energy storage is growing in popularity, and will likely soon render the need for utilities obsolete for those with the own power sources.

Battery technology is growing more efficient all the time and costs are dropping fast. As storage grows more affordable, independent energy generators, like corporations and manufacturers, will be able to install enough energy storage into their systems to be able to handle fluctuations in renewable energy production over time. They will no longer need to rely on the grid for backup power.

Demand for energy is falling, along with energy company margins

Energy demand is also falling independently of renewable energy adoption due to other advances in efficiency, like like more efficient applicances and electronics, better materials for home insulation, and so on. So even without solar and wind putting a dent in business, the demand for electricity is going down.

An increase in home solar + storage systems is allowing individual homeowners to step away from the grid as well, either reducing energy use, or going off-grid completely.

2018 saw energy demand from the grid drop for the first time since the 2008 recession. With demand for grid energy dropping, utility company margins will continue to drop as well, making it difficult for utilities to maintain their current practices. They will soon loose their comfortable monopoly in the energy space and have to abide by the same market pressures as other industries.

Even as grid energy monopolies end, other market opportunities are opening up.

Many utilities are already jumping on the renewable bandwagon and installing their own wind turbines, solar plants and farms. While that may seem counterproductive, it is a requirement in today’s day and age, as consumer demand for renewable energy grows.

Many states have adopted renewable portfolio standards and regulations requiring utilities to procure a certain percentage of their energy from renewable sources. This has led to a huge increase in adoption of solar and wind in the US.

But aside from state requirements, some utilities are finding that it is often cheaper to replace generation fleets with renewable technologies. As the cost of solar continues to drop and technology improves, it simply doesn’t make sense to continue investing in more expensive, dirty energy sources.

In the end, adopting more distributed energy generation will help them compete in a future of renewable energy.

Rather than focusing on energy generation of their own, utilities can find a way forward by moving into a more administrative role. This means that, while other companies and residences may produce their own power, electric companies can still play a part in facilitating and providing services needed to support renewable power systems.

While utilities can still generate and offer their own power, the future will bring greater democratization of energy, forcing energy companies to compete and expand in a different direction. Only flexible, forward-thinking companies will thrive.

Get energy independence for your home and avoid rising costs - see how affordable solar is in your area with the HahaSmart Price Checker.