With over 60 gigawatts of solar capacity installed in the US - enough to power one out of every 11 homes - it’s clear that solar is here to stay. In just six years, solar has grown to the point where the amount of solar power in just 20 US cities exceeds the amount installed in the entire US in 2010.

A new report from Environment America Research & Policy Center and Frontier Group shows the drastic changes in the top cities throughout the US over the years.

That is quite the shining accomplishment!

While cities across the country are making strides towards solar, there are some cities that stand out as leaders in the industry.

Without further ado, let’s take a look at which cities are topping the charts for solar installed per person in 2019. 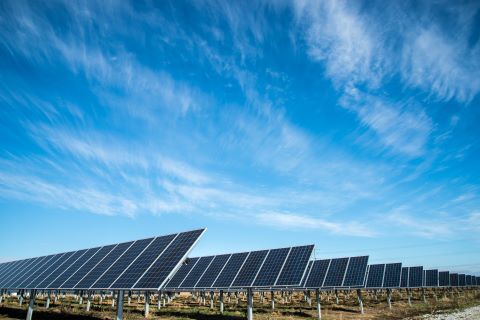 While these cities were not included in the Environment America study, they deserve recognition as smaller cities that are making big changes.

Santa Fe had 19 MW of cumulative solar capacity installed at the end of 2018, or 225 watts per person - more than every city on the list except Honolulu and San Diego.

With 30 MW total and 157 watts per person, this city truly is a Solar Star.

The Community Solar Energy Pilot Program now allows residents who can’t install their own solar to purchase electricity from community solar farms, boosting this New Jersey city's ranking as a top solar leader in the US.

It’s clear that solar is quite capable of taking the US to a 100% renewable energy future, if we adopt the right policies. Many states are already there, with goals to reach 100% clean energy by 2050 or sooner.

See how this list compares with our list of Top 10 States With 100% Renewable Energy Goals in 2019. You’ll notice that Hawaii, California, New Mexico, and Nevada match up.

Which city do you think will top next year’s list as solar capital of the US? Leave a comment below!

To see solar pricing in your city, use the HahaSmart Price Checker for four instant quotes.

Design a custom solar array for your roof using the DIY Design Tool, then get connected to trusted installers near your home.